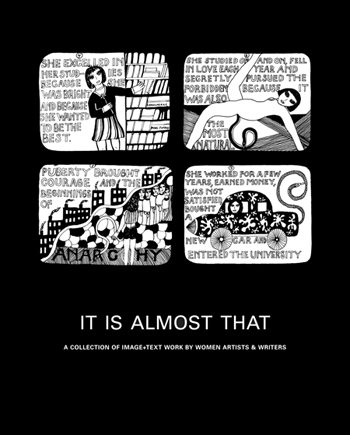 It Is Almost That: A Collection of Image + Text Work by Women Artists & Writers is not an anthology of comics. In fact, most of the work in the collection has no narrative in any traditional sense. But the 26 works collected here all use words and visual art and combine them, in some way, to tell a story. As editor Lisa Pearson writes in her afterword, "...texts do not always appear on pristine white fields; images are not illustrative and language does not explain; stories do not unfold in predictable ways—and yet every page is meant to be read."
Sure enough, this large, 300-page volume is packed full of such a lively variety of work that owning it is an almost piggish pleasure. There are photos from nature, paintings, collages, and an old-school dot matrix computer printout; page-by-page reproductions of art books, like Fiona Banner's The Nam, which cobbles together descriptions of six movies about the Vietnam War; fully-textual pieces, such as Ann Hamilton's vertigo-inducing A Floating Weft, whose letters and words change direction as you read; and even, yes, a comic in panels—Dorothy Iannone's loony-cute Trixie, The Connoisseur. It Is Almost That reads like a catalog from the biggest and most exciting art show you've never been to.
Interestingly, though the book is lushly and expensively produced, the art inside is not full-color. It's gray. Pearson writes that her color choice is meant to represent ambiguity and, therefore, multiplicity. (Don't approach this book if you're afraid of a little highfalutin language.) The sameness may disappoint some readers-slash-viewers, but it has an interesting leveling effect. If color cannot draw attention to this piece or that, we must look equally closely at all of them.

The other thing these pieces have in common: They're all by women. Pearson explains plainly that this is meant to address "deep gender inequality when it comes to the coveted real estate of exhibitions and publications". (Siglio is an independent press run by Pearson; she launched it in 2007.) Whether the work tends to be explicitly reflective of the female experience, though, is up for debate. Eleanor Antin's Domestic Peace, for which she drew graphs of conversations with her mother that indicate their subjects and corresponding levels of agitation, certainly qualifies. The concept is drolly hilarious — like something out of the The New Yorker — but the execution looks, on the page, like a sound-wave readout, as though she's made a legit scientific study of domestic survival.

Docking Competitions feels feminist in a few ways. Erica Van Horn and Laurie Clark have paired tiny, delicate line drawings with unembellished descriptions of contests organized by the Women's Section of the Royal British Legion. These include "The competition will be for the prettiest hanky" and "The competition will be for The Longest Stick of Rhubarb." The size of the drawings and the dully repetitive nature of the text seem to comment on the world's perception of the value of traditionally feminine activities, but the drawings are so charming, and so lovingly made, it's hard to read the piece as angry. It's more like a combination of second-wave consciousness-raising and third-wave wit.

All the pieces in the anthology were produced between 1940 and 2011, and Pearson has included lesser-known or previously unpublished works by important 20th-century artists, including Bernadette Mayer and Louise Bourgeois. At least one has historical importance: In 1968, Fluxus artist Alison Knowles used the Fortran programming language to produce the eerie poem "A House of Dust," which, according to the accompanying description, may be the first computer-generated poem. Its lines go like this, with only the nouns replaced, over and over: "a house of tin / among high mountains / using natural light / inhabited by people who sleep very little." Like all found poetry it sounds a bit like fortune telling, as though the text requires a divining rather than a mere reading.

Some of these women are considered writers, some visual artists, but it's probably closer to the truth to say that all of them are both. The anthology's most valuable contribution is cutting across genres to allow us to see them that way. In some cases Pearson has actually given work originally created for an exhibition space new life as a linear, on-the-page story. In the installation of Jane Hammond’s “Fallen”, thousands of leaves, each bearing the name of an American soldier who was killed in the war in Iraq, are piled up on a platform. In the book, one leaf at a time appears until the reader turns the page and finds what looks like a deep pile of leaves that covers and bleeds off the page. Unfortunately, this is probably the only piece in the anthology that, in its original inception, feels kind of obvious. Fallen leaves? It's almost corny, and it feels out of place amongst the other, truly avant-garde pieces that make this book a revelation to even the savviest students of contemporary art. 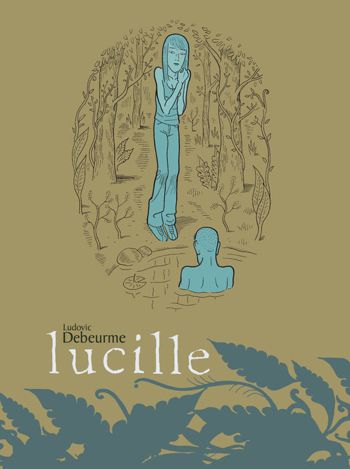 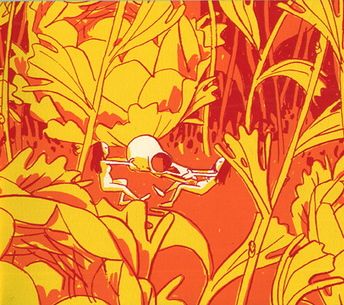