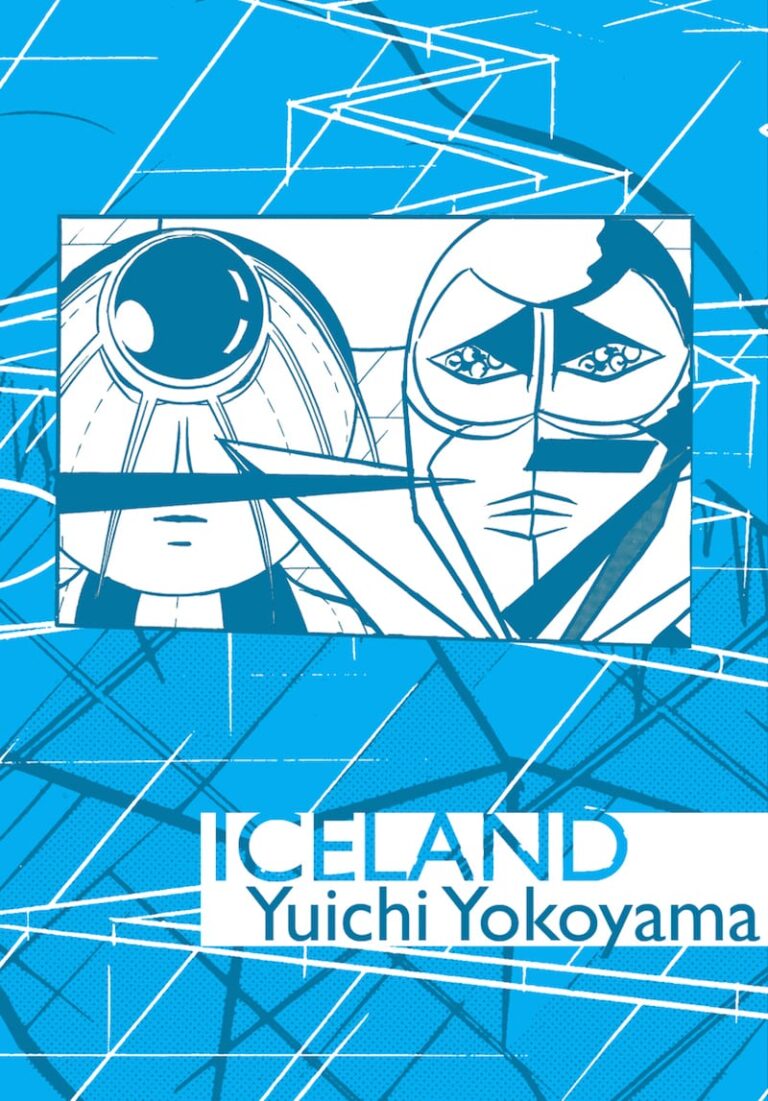 This is an English translation of a 2015 story by neo manga artist Yokoyama. An author’s afterword describes Iceland as a sequel to the creator’s earlier World Map Room, but this tense, terse text stands up fine on its own as a jagged shard of narrative content and as an exemplar of its creator’s talent for arrestingly meticulous, ambitious design.

Elements of his aesthetic - acutely distinctive character designs, aggressive contrast between black and white (with artfully-deployed dots and grays), busy layouts that bulge uncomfortably against the edges of the claustrophobic pages - push any given narrative moment or representational image distressingly close to the point of abstraction. Trying to grasp the deceptively simple narrative induces tension and unease, reflecting emotions that afflict the characters to varying degrees. "Iceland" is not the nation of our world but a fictional area “somewhere in the high latitudes of the Arctic region,” and it’s a fittingly conceived and skillfully executed design choice to maintain enough graphic complexity and business to occlude an easy and straightforward reading of the story. When one character wipes condensation from a window’s interior so he can peer through, it comes as a relief to us because we’ve almost worn ourselves out straining to peer through the panels into the story.

That moment comes as a breakthrough for the protagonists as well as for us. They and we are all catching a spark of clarity in a figurative and literal sea of confusion. At the outset, in medias res, neo-human protagonists in science-fiction getups traverse the surface of floes in the Arctic water searching for someone. Panel gutters slash across the page like cracks in the ice. Weighty chunks of black onomatopoeic text slam across panels, pages and spreads. Crosshairs of light sparkle on reflective surfaces. The three main guys mention how cold it is and how you’re not tough enough if you mention how cold it is (marked as vaguely significant by its being brought up again later by a different set of characters in an unrelated conversation). Zigzag and crisscross patterning is everywhere - in the play of light, in the movement of ice and water, on clothing and screens and in the recurrent image of teeth that reinforces the aforementioned assertions about toughness and self-reliance, which are perhaps undercut by the consideration that despite the ice and cold and water, Iceland has bars, taxis and tourism. 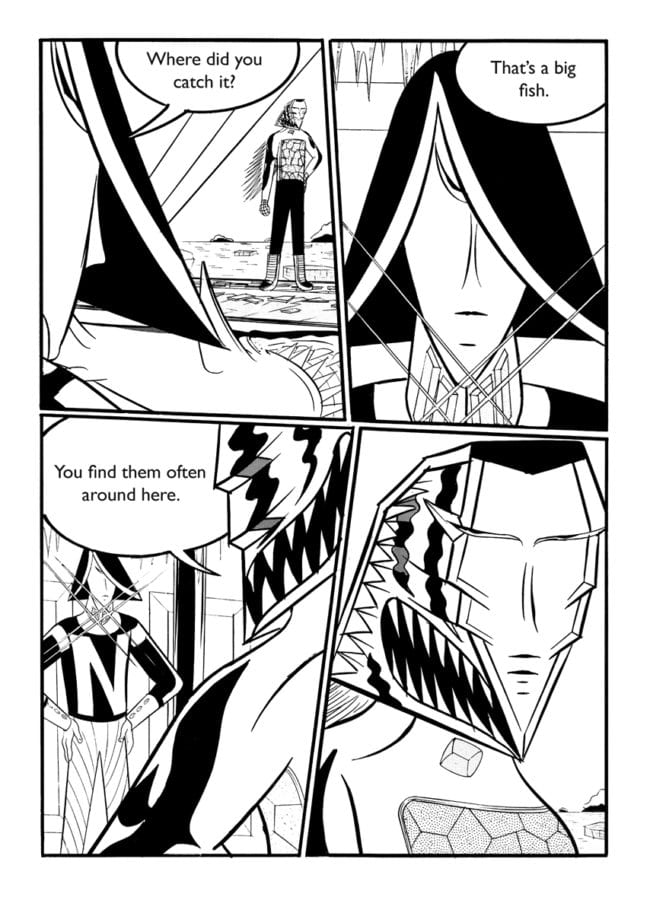 The first teeth we see (the first anything we see) are glistening icicles. Almost immediately they begin to recur, most prominently in the mouth of a big shark that’s been caught by a local fisherman who directs the triumvirate of protagonists to a bar where they can seek information about the individual for whom they’re searching. Photographic images within the story, such as the photo that the protagonists show to the guys in the bar or the video screen that those guys are watching, flatten against and become one with the panels of the comic we’re reading. In the most ambitiously-designed and busily-drafted spreads, it becomes involvingly difficult to perceive which is which. When the layers flatten out entirely, and when onomatopeia and dense patterning then come crowding in, Yokoyama pumps the pages as full as they can get without pushing them past legibility or surrendering to hysteria. He’s not a butcher but a surgeon. 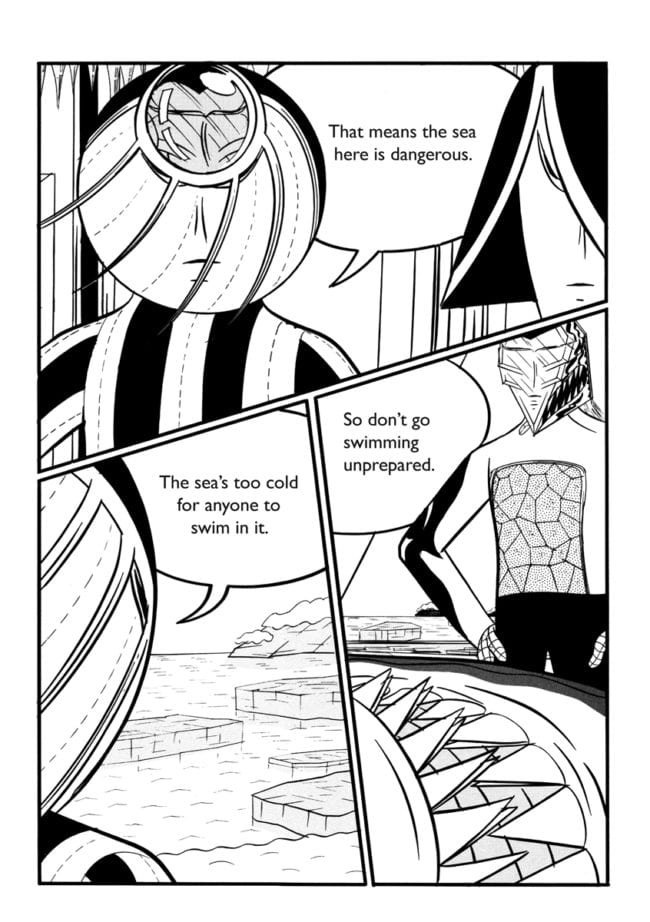 The protagonists find the guy they’re looking for and nothing of their purpose or fate is stated. Characters speak bluntly and directly, often past one another. Individuals deride groups of others as “worthless” or “nobodies.” The noise never subsides. Teeth are everywhere. Story, once you’ve gotten a grip on it, is narratively concise and spiritually expansive. Design is proficient, engrossing and exhausting. Either would hold up on their own, and woven together as skillfully as Yokoyama does here, they make something that I was gratified to have made it through and am in no particular hurry to read again. I’ll pick it up again after I’ve sat with it for quite a while, and when I do I won’t bother with another peer through the condensation to the story within. It’ll be an awed study of the beautiful, discomfiting images. 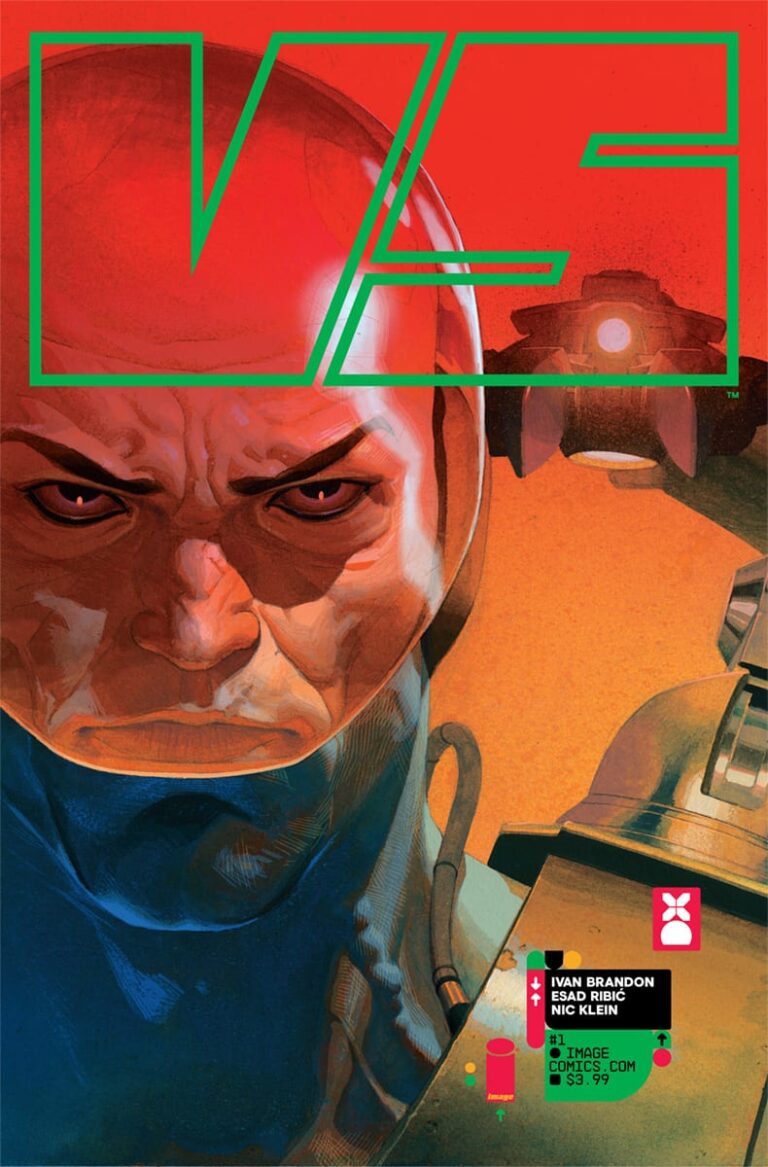 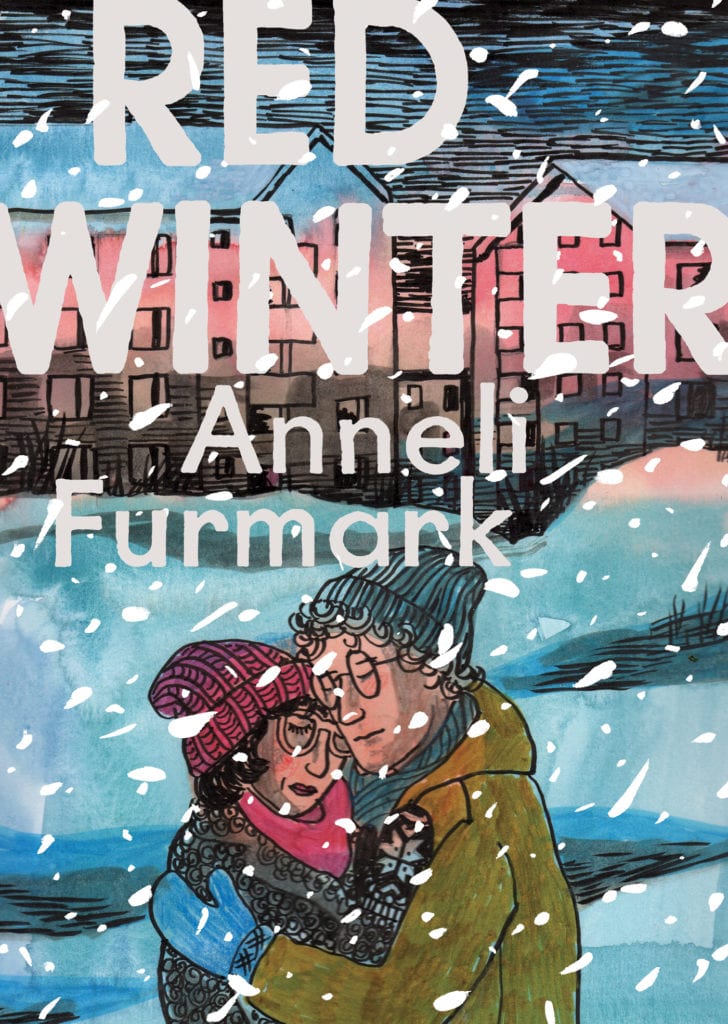