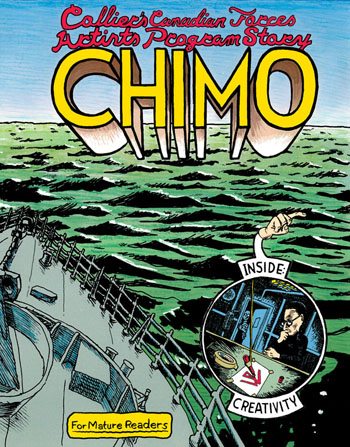 Look, you go to David Collier for the Collier voice more than for any particular subject matter. Collier is your pal who you call by his last name: "Hey, Collier!" And who inexplicably bears up under any hardship, is able to retell that hardship, and, in the midst of the retelling, digress about any number of subjects. Collier. He is mighty, but he is exhausting. He will wear you down before he is done with you. He will talk.

Collier. I've missed him. Chimo is his first book in quite a few years. It is the story of our man's re-enlistment, at age 42, in the Canadian Army so that he can document the war in Afghanistan in cartoon form. We open with Collier jumping rope ("best done on wood," he tells us) in preparation, we learn, for a return to basic training. But while jumping rope, Collier takes us through: a brief meditation on the activity itself; his own history with the Army; the fate of a soldier he once knew; the history of Canadian visual war reportage; some thoughts on manliness; some neurotic concerns about a skeezy guy talking to his wife (about Canadian war reportage); and finally, at 3,000 jumps, a mention of breakfast and a return to his sleeping family. What a nested narrative. Bit into bit into bit. But you gotta hang in there. Collier doesn't offer transitions -- he just tumbles from one subject to the next, and the whole damn thing is rendered in that cramped, beautifully gnarled Crumb-like line of his. Arms squeeze to fit into panels and heads rubberize upon contact with backgrounds, but what the hell, it's Collier telling you a goddamn story. His voice is bound up in his drawings -- unvarnished, imperfect, but, and I use this term sparingly: authentic. What we're getting is one man (who happens to be a man of extraordinary observational skills, if less than ideal, one imagines, social skills) describing a life that is woven deeply into unique Canadian histories and traditions. He comes from, and can only be understood in relation to, a culture that is foreign to me, but made explicable by Collier himself. And, in terms of comics, he nestles in with outsiders to the medium -- artists using comics, but not necessarily of comics, or part of the dialog about the medium. He uses it as he must.

Anyhow, part two has Collier aboard the HMCS Toronto documenting the work of the ship. Part three of the book follows Collier into basic training, during which he blows out his knee, recuperates, re-enters training, and graduates. Chimo ends with this graduation. There's not a narrative flourish here, but more like ol' Collier ran out of breath. The book just sort of ends. Afghanistan is not mentioned again. This is a bit of a problem. Collier-the-yarn-spinner is tough to resist for a 32-40 page chunk, but he has some structural problems. As above, transitions are non-existent, and stories start and stop according, I suppose, to Collier's wandering mind. That works for me, as someone who has been reading this voice for fifteen years now. But there's no internal logic or structure to crack, really -- no way into his story. And in book form, I really wanted something beyond one last anecdote (caught sketching while driving, Collier loses his military license and rides his bike home at night) and a lamentation of "kids today" before the cartoon bubble lettering "The End." I might be asking too much. Collier, as Mike Watt says, "spiels," and "spiels" don't have a beginning or an ending -- you just walk in and walk out and the talk lopes on. He's jumping rope, then he's biking home. We happen to be there, listening, and bully for us. Lucky for us. He's Collier. 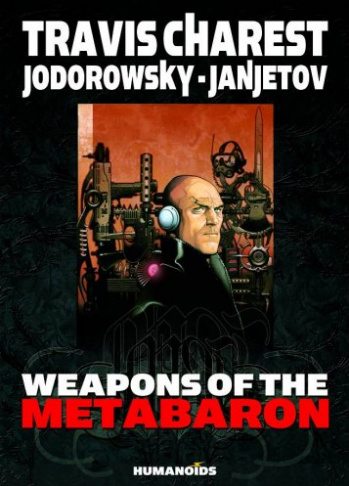 Weapons of the Metabaron 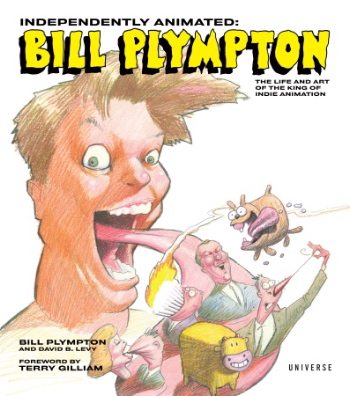