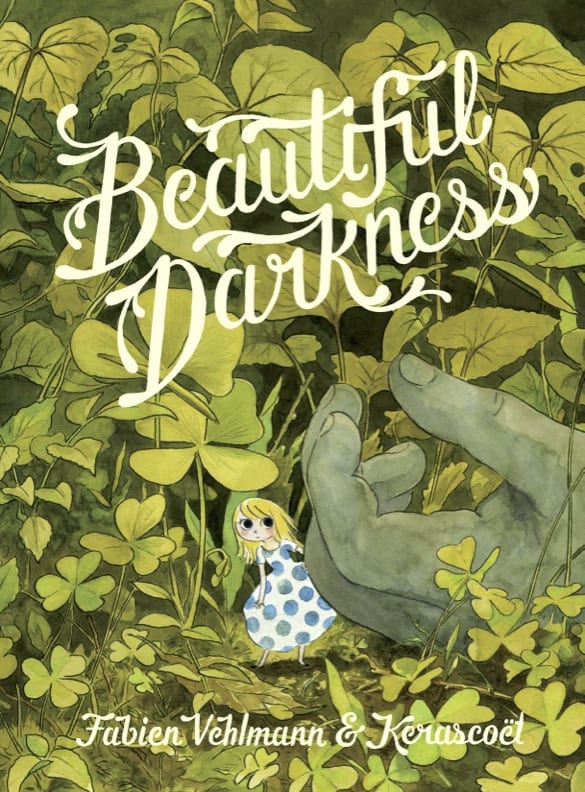 Accentuating the “grim” in “Grimm” for both laughs and shudders, French comics writer Fabien Vehlmann and married illustration team Kerascoet - the pen name of Marie Pommepuy and Sébastien Cosset - take the precious trope of tiny fairy-like people wandering the land of giant people, and turn it on its own violent head, snapping its neck and leaving it to decay. It’s like the Borrowers found themselves stranded in Lord of the Flies, without either canceling out the essence of the other.

Whatever world Aurora and her fellow pixies inhabit comes to a mucky and sudden conclusion, causing a mass exodus into dark, wet woods. Prior to the end of her world, Aurora was living out a fairy tale cliche, with a handsome prince coming over for apre-ball dessert and just beginning to profess his enchantment for her, but the fantasy life turns into a grim reality overnight.

Now scattered in the green growth of the forest, so easy to get lost in, dangerous because of predators, Aurora has taken it upon herself to marshall the means of survival for her fellow fairies. They need that help, since they’re incapable of doing it for themselves, too busy turning on each other in the name of survival to actually accomplish anything that will help them overcome their predicament. Even Aurora’s handsome prince proves useless. 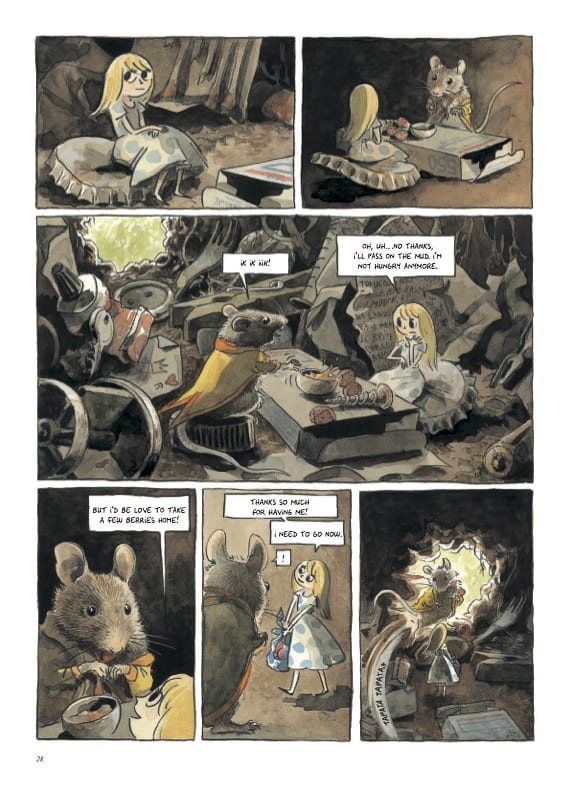 The seeds of destruction have already been sown, though, and Aurora’s best efforts can’t save the dissolution of her pixie society, which unfolds in bloody and vicious ways. It almost seems foretold, though — their former home is, in fact, the body of a girl once living, now dead, collapsed on the forest floor, her flesh decaying and becoming part of the nature she now permanently rests in.

Magic, as in the form of Aurora and the other pixies, comes from within us, but our belief in the resulting creatures speckle our landscape. Deep faith in them requires some manifestion in the corporeal world, but in coming from the core of our own existences, and marching through the realities of our own world, how can magical beings be anything but as dark as we are?

European fairy tales are filled with cautionary tales, but they are always about the humans, never about the supernatural beings - those tend to be tricksters more than Tinkerbells. Vehlmann begs the question of who killed the girl lying on the forest floor. Was it a witch or a wolf dressed up as someone she knew? No, Vehlmann’s answer is much worse, making the traditional caution in these stories certainly more immediate, but also implying that the real world threats to the fairies are more dangerous than anything we tell children stories about. 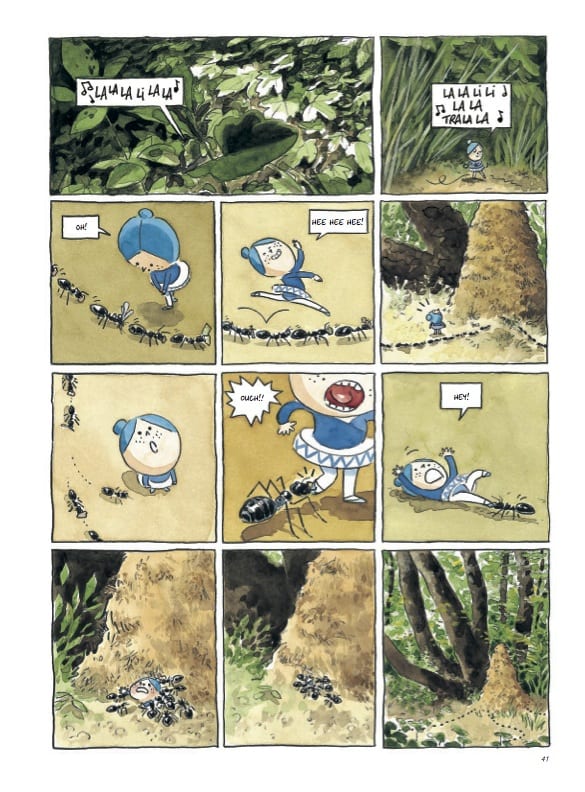 Vehlmann might be riffing on fairy stories, but he doesn’t force his narrative to be bound by them. He prefers their preciousness remain as character traits, often leading to their undoing, but sometimes also highlighting their nobility. With no Grimm Brother or Hans Christian Anderson at the helm of the fairy people’s fates, there is no larger morality to dole out appropriate punishments for those with transgressive behavior. Some meet their end through their own evil nature, others because they are in the wrong place at the wrong time. Good pixies are victimized, as are bad pixies, and Vehlmann paints a seemingly magical universe with nothing at its core. 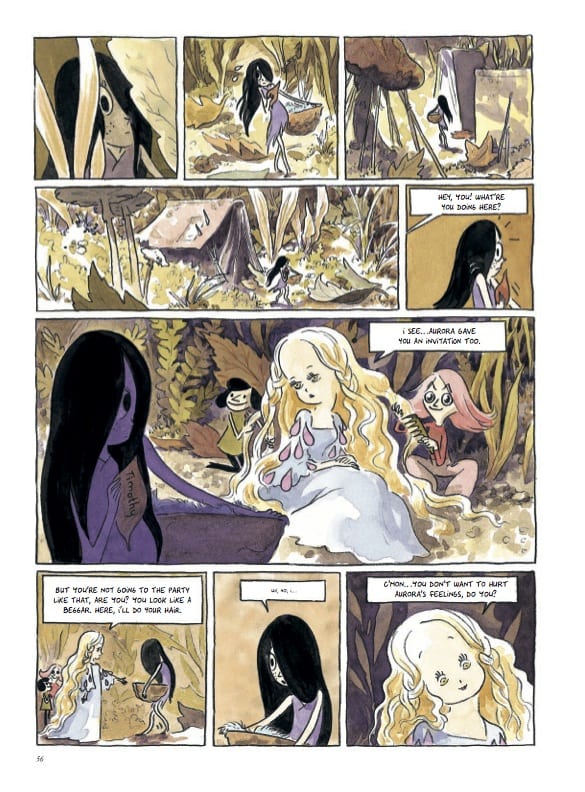 Slightly episodic in nature, Kerascoet rises to the illustrative challenge, at some points mastering the twee quality of the fairy people, while also approaching gruesome fates like deadpan punchlines to jokes that you weren’t immediately certain were being told. It’s work both playful and dark, which the team had already shown a mastery of in the Miss Don’t Touch Me and Dungeon books, but Vehlmann has provided them with a storytelling framework of a much more intense, philosophical level than either of those. Making the plight of magical people seem real and alive, helping readers see themselves in these fairies, Kerascoet’s work offers not only whimsy, but empathy, and that’s what makes Beautiful Darkness completely successful. 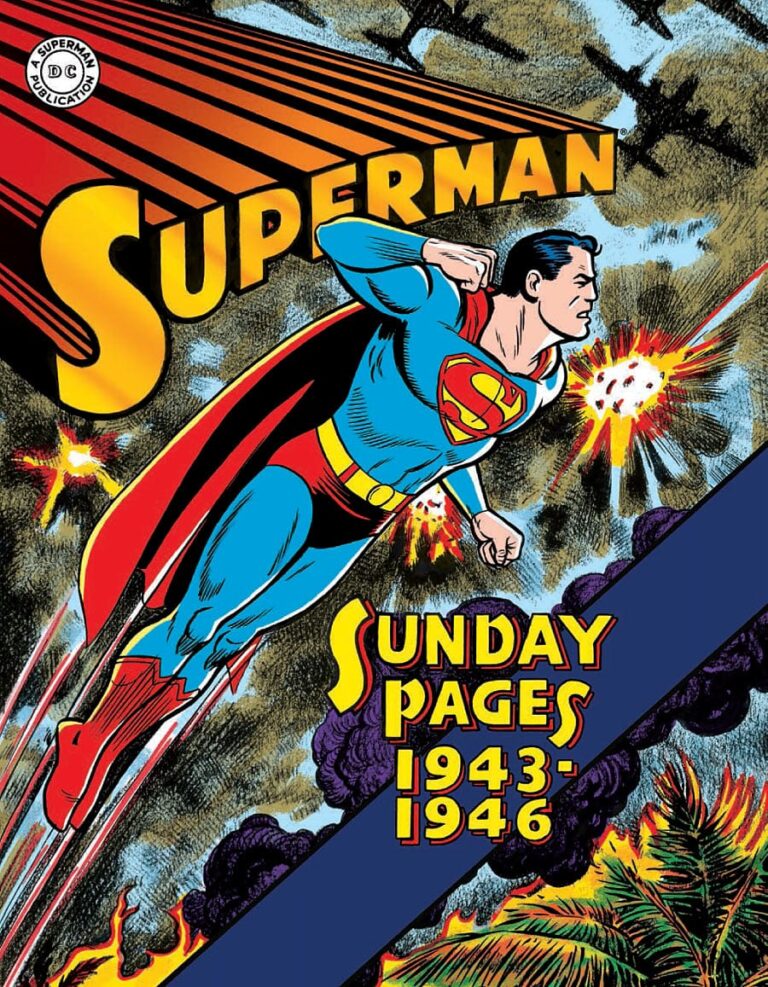 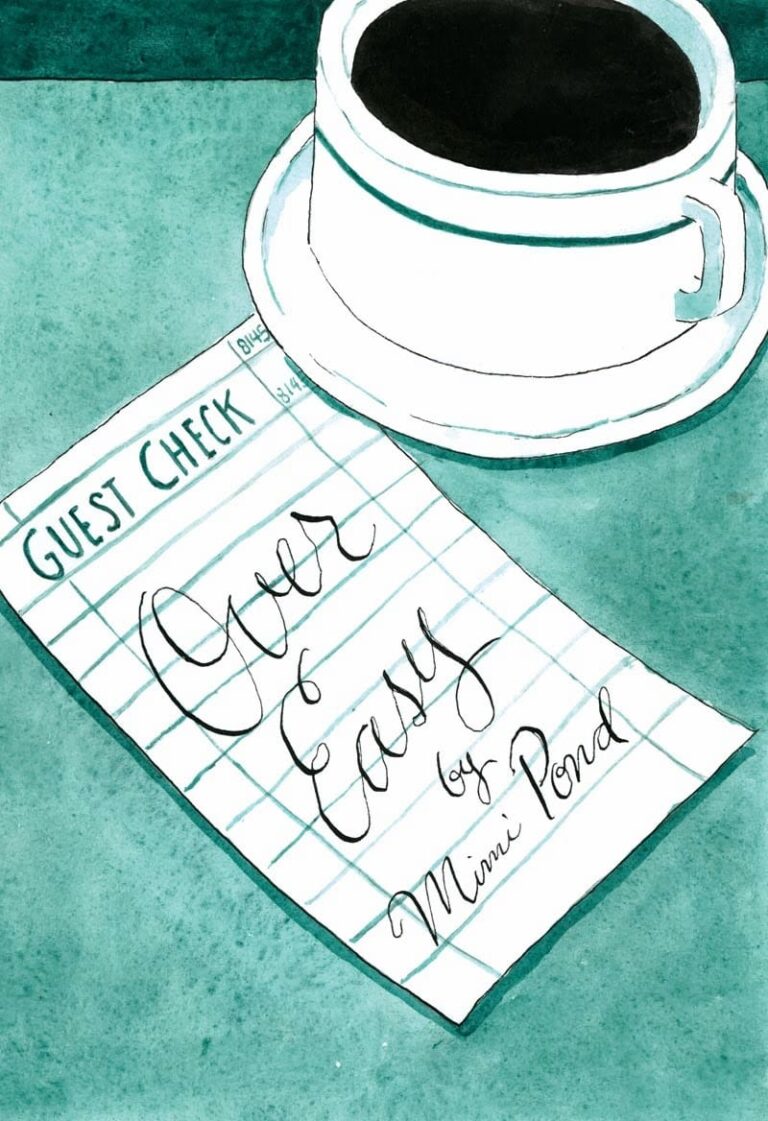