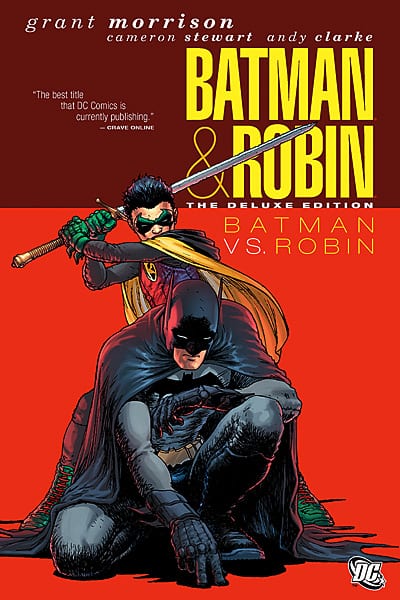 A little while ago, Grant Morrison complained to Rolling Stone that the Comics Journal hates him: "I can't take on those Comics Journal guys, they flattened me, as they did, it's just defensive, smartass kids."

I don't know what he's talking about. Maybe he missed my enthusiastic review of Joe the Barbarian?  In fact, I've loved Morrison's work -- at least some of it -- since Animal Man. But I bring up this rather delusional one-sided feud only because I know what I am about to say is only going to confirm Mr. Morrison in his paranoia:

Batman vs. Robin is the kind of comic book that makes me wish I'd never heard of superheroes.

The book collects Batman and Robin issues 7 through 12. The plot, such as it is, is a rambling, erratic, arbitrary chain-reaction of improbability, absurdity, and melodrama. Time travel, mind control, devil worship, Batman clones, and resurrections pile up one atop the other while family conflict and corporate intrigue circle around with rote soap-opera familiarity. The setup to this story is that Bruce Wayne is dead, Dick Grayson has stepped in as Batman, and Damian, Wayne's illegitimate quasi-demonic son, is the new Robin. Luckily, this is a superhero comic, so no one expects this state of affairs to be permanent. They all seem to assume that Bruce Wayne will be back sooner or later, and I can only surmise that they are right.

The characters, at least, are well suited to the story, meaning they are thinly conceived, and laughable in effect -- except for when they are meant to be laughable, in which case they only succeed in inspiring a certain amount of eye-rolling. The dialogue is over-written, the visuals are uninspired, the action is tedious, and the story mechanics sputter and cough and backfire and barely manage to pull along their narrative load.

The fight scene spanning pages 36 to 43, for example, is almost impossible to follow -- not just because the images flip back and forth between scenes, and not just because the fight involves two identical Batmans. The visual logic is stiff and clumsy, the transition between panels is awkward and unclear, the dialogue consists mostly of phrases like "Aaaaaa!" and "*" and "Hhhh" and "uh" and "Rrauuggh" and "Hutt!" -- though it does also include helpful exposition like, "He's trying to kill us! . . . No matter how crazy he got. Batman never fights to kill!  It's not him!" Aside from all of that -- even if you are Batman, if someone hits you in the face with a pick axe, I'm pretty sure you die.

The only element of this book worth a second look is the cover art -- specifically Frank Quitely's covers for the first four issues collected here, and Andy Clarke's alternate covers for the last two. On these six pages -- and only there -- Batman vs. Robin manages to be intriguing, provocative, horrific, and even beautiful. Alas, like so many other comics in the medium's history, the content cannot live up to the promise of the packaging.

It's the sort of cheap trick that ad executives use to rip off children. 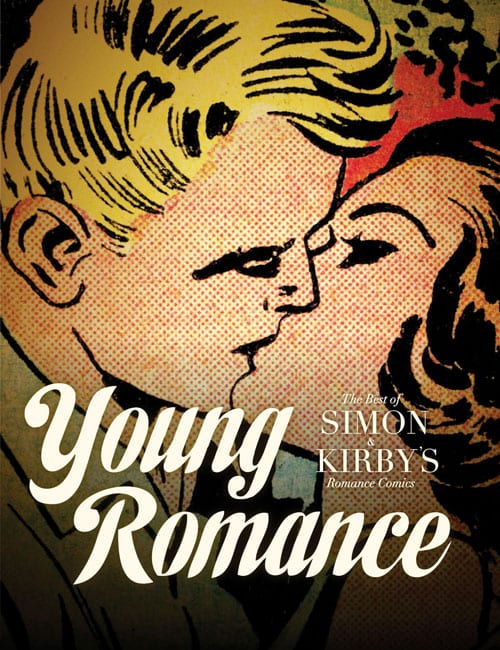 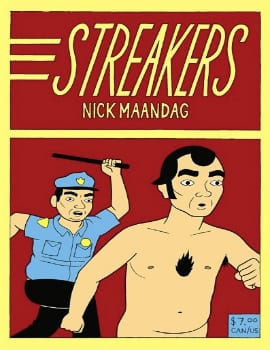