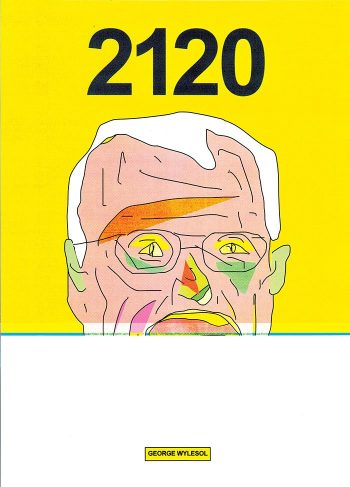 George Wylesol’s 2017 comics collection Ghosts, Etc. was one of that year’s most exciting debuts, capturing the artist’s thematic focus and stylistic versatility. Working in multiple visual approaches, Wylesol explored concerns such as isolation, deterioration, and confusion. He followed Ghosts with his first standalone graphic novel, 2019’s Internet Crusader. That book depicted a demonic cult’s attempt at world conquest via the turn-of-the-millennium Internet, with a teenage malcontent using a Doom-like first-person computer game to halt the cult’s advance. It had an aesthetic to match, with coloring that recalled home printing from 20 years earlier, and crude computer linework as if produced on CorelDRAW in the same era.

Despite the substantial charms of Internet Crusader, a reader could be forgiven for seeing news of Wylesol’s latest release, 2120, and lamenting that he had settled for doing more of the same. 2120 also uses comics to simulate a familiar form of computer gameplay, and its premise—a middle-aged computer repairman gets trapped inside an office building—suggests an archness similar to that of Crusader. But the new book is a categorically different experience. In 2120, Wylesol moves further into horror and further away from traditional comics-making. 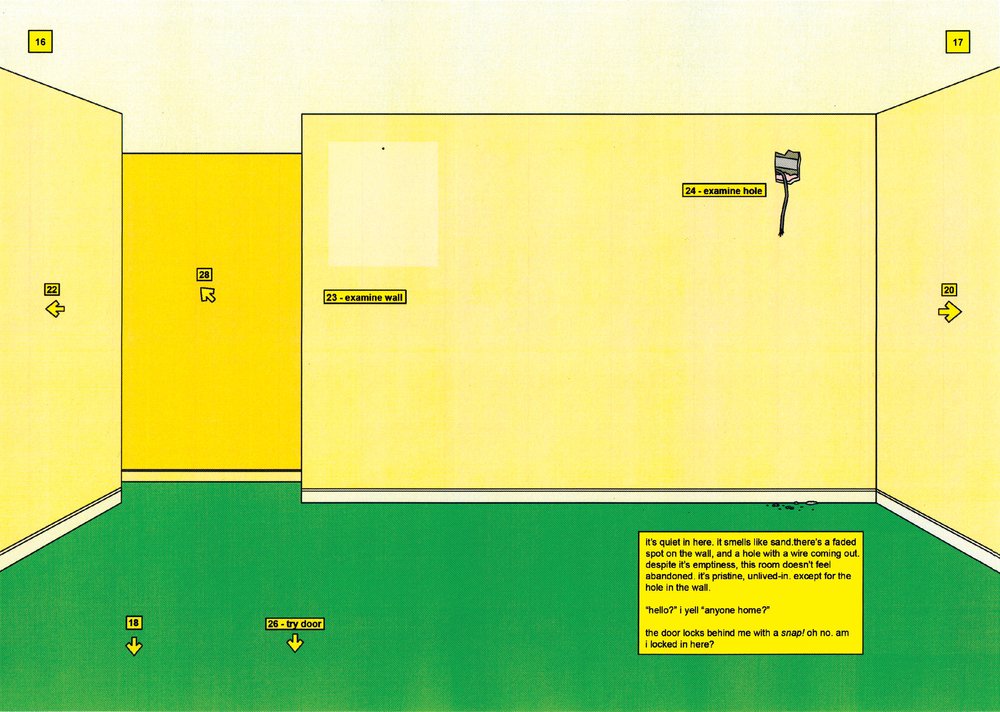 Wade, the book’s point-of-view figure, is attempting to complete a service call at a site seemingly devoid of people, with few traces of its past inhabitants. Together, the technician and the reader navigate oddities in the building’s layout, and 2120 quickly brings to mind earlier works of weird fiction about weird spaces, including Martin Vaughn-James’s foundational comic The Cage. But 2120 is more overtly gamified than that story. Across 500 pages, Wylesol combines the mechanics of Choose Your Own Adventure-style books and point-and-click computer games, particularly the manner in which point-and-click games simulate the navigation of space.

In a typical full-page panel, the reader sees a door, a room, or a hallway through Wade’s eyes. The page might offer a choice (move left or move right) as a turn to one of two other pages, or offer readers a selection of doors to open through the same choice-of-page mechanic. To fully explore the book’s locations, a reader must also gather information—for example, noting the numbers on a discarded item in one of the site’s rooms and then determining the locked door at which these numbers serve as an entry code (i.e., the appropriate page turn). In fact, ideal readers of 2120 would have at least as much interest in these puzzle-game mechanics as in reading a formally playful indie comic. For people less inclined, the book may become an endurance test—in this scenario, the downside of 2120’s density of experience. 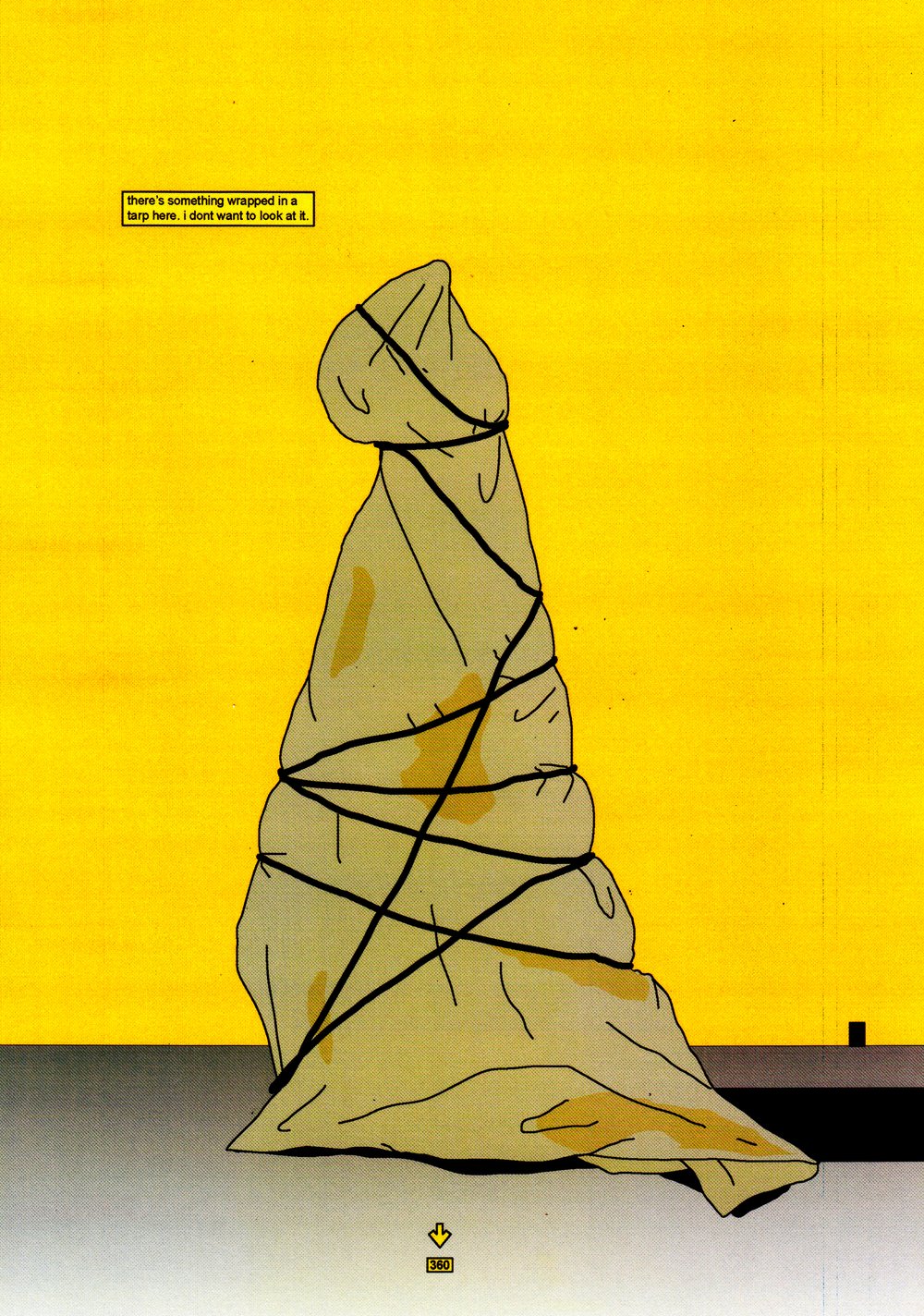 Crucially, though, Wylesol is as committed to atmosphere and aesthetic coherence as he is to simulated gameplay. Although reading 2120 involves numerous moment-by-moment, room-by-room choices, Wylesol maintains a singular narrative thrust in Wade’s descent into a hostile, inescapable environment. This descent eventually involves various menacing figures, but for much of the book, the site’s empty corridors are sufficient to make 2120 work as horror fiction. Wylesol also embeds his earlier concerns in the geography of this new book—the spaces are obsolete, deteriorating, even seemingly out of time. And while he takes a minimalist approach to compositions, a sense of immersion still develops from details such as an area’s harsh fluorescent lights and garish yellow walls, as well as from the book’s repetitions (a room that resembles another that resembles another). In total, 2120 is one of the better comics projections of the 'eerie' as Mark Fisher understood it: of the horror of absence, of empty spaces and the indeterminate forces that might shape or explain them.

Wylesol’s new book differs from a number of other experimental indie comics, perhaps not in terms of its larger aims but certainly in terms of a reader’s expected process. Compared to comics that are more oblique in their messages or the motions of their pages—comics in which interpretation is everything—2120 is relatively clear in the work it asks of readers. Instead, what’s notable is the volume of that work, the number of discrete choices readers must make as they steer Wade through the building. Or, another way to put it: 2120 isn’t unique in being a not-for-everyone comic, but it is not for everyone in a fairly unique way. (Truly, don’t approach the book without an appetite for puzzle-game codebreaking.) For those on board, the book further confirms Wyelsol as an artist with an appealing mix of consistency and inventiveness, letting a steady set of preoccupations take him to compelling new places. 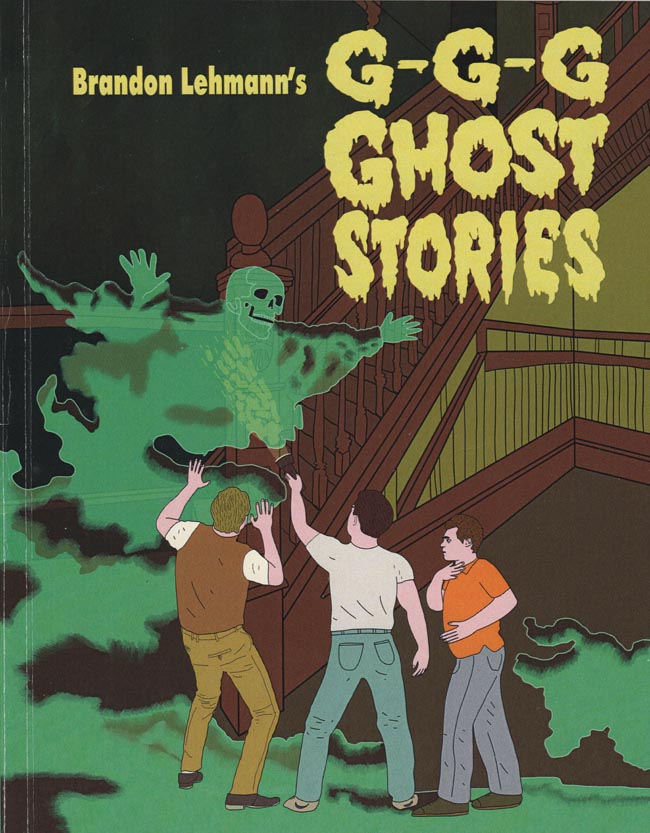 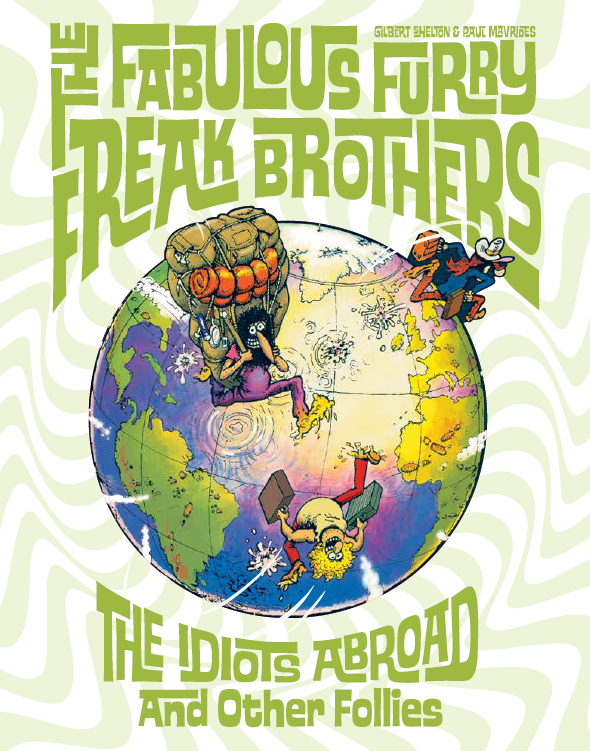