1-800-MICE, the collected edition of Matthew Thurber's long-gestating series of the same name, looks to all the world like doodles. Specifically, doodles of a bunch of schnozz-heavy half-animal characters having wacky goofball adventures, with an art comic's illogic replacing the solid conceptual underpinnings of a more traditional humor comic. That's how it looked to me for the duration of the series' run, in fact, so much so that I assumed it had nothing more to offer than the comedy value of the drawings and mostly tuned out. More fool I. Hidden behind a veil of nonsense lurks one of the most meticulously and pulse-poundingly plotted comics of the year.

The book tells the tale of a series of high- and low-level conflicts for the soul of Volcano Park, a fantastical metropolis of the sort that has become publisher PictureBox's bread and butter. Like Citadel City in Mat Brinkman's Multiforce, it's a city of tribes: sentient trees who are the city's true rulers, bombastic human authorities desperately trying to impose order, sartorially striking gangs spreading drugs and terror, and a small army of mystically powered rodent couriers, whose thriving delivery business gives the book its title. And like the city of Grain in Brian Chippendale's Ninja, it's a class-war battleground: dueling aristocracies battle for supremacy, anti-corporate and anti-environment radicals wage competing campaigns of violence, law enforcement officers play a perhaps too-prominent role in the city's affairs, and people who choose to opt out of the racial or economic caste system are hounded by those who thrive by it.

But more so than either Brinkman or Chippendale, Thurber is concerned with delivering not just a series of sensations, even ones with as much of a logical and satisfying progression as the aforementioned books, but a by-god story. (In part this is born of necessity: Thurber's thin, sketches-in-study-hall line simply leaves a lot more room on the page, so the wall-of-sound effect of those Fort Thunder alums is largely absent.) For the first few dozen pages this work is mostly done by the capsule bios provided by the "Dramatis Personae" guide that opens the book. Here, the groups that comprise Volcano Park's "seething interspecies metropolis" are sketched out -- the powerful Council of Trees, the ruthless rulers of the Banjo Shogunate, the emotionally beleaguered police force, the "death-cultists" of the Creosote Gang. It's fun world-building, but of course world-building is one thing art-genre comics tend to have in spades.

It's only as the story progresses that we realize there's a lot more to it in sheer narrative terms than just "here's a bunch of cool stuff I thought up." Our primary guides to Thurber's world are a trio of everyman protagonists — Groomfiend, a concerned employee of 1-800-MICE; Officer Nabb, a cop whose decency has been ground down by anger problems; and Peace Punk, a wandering bohemian — and a suite of villains — the shattered Banjo Shogunate triumvirate of Aunty Lakeford, The Great Partaker, and the Shogun of L.A., who now seek to undermine one another; Doctor Vial, a secret drug kingpin hoping to speed Volcano Park along on its way to oblivion; and the sushi-chef assassin trio of Maru, Razu, and Patson. And through a series of revelations and "reveals" as deft and apple-cart-upsetting as anything from Lost, we slowly come to learn as these characters bounce off one another that their conflicts run deeper than it's possible to imagine at the story's outset. Conspiracies, secret societies, double-crosses, agents provocateurs, centuries-old grudges, secret blood ties, hidden history -- Thurber deploys all the tricks of an everything-you-know-is-wrong thriller as his many plotlines race toward their frequently bloody climaxes, and to similar edge-of-your-seat effect. I'll tell you what, when I cracked this thing open, I never expected to be gasping at shocking revelations or racing through the pages to find out how it ends. I went to an arty goof, and a crackerjack suspense saga broke out.

But this is not to say that plot is serviced to the detriment of other concerns. The back-cover blurb touts the story's "cast of thousands," and indeed the sprawling cast evokes similarly densely populated narratives of community like Deadwood or The Wire. (Not so much Boardwalk Empire, though, in which the characters really are independent actors rather than organs of an independently functioning Atlantic City.) But more than demonstrating the interconnectedness of city dwellers, 1-800-MICE's many and varied players frequently provide individualized vectors for exploring different visual and thematic concerns that the others can't. Peace Punk gives Thurber a shot at investigating/lampooning/celebrating dirt-poor, itinerant punk/zine culture. The mysterious detective/porn star/potential hallucination Tom Chief allows for the insertion of frank and lusty sexuality -- Thurber sure can draw vaginas! -- as well as adding an element of David Lynch-style "psychogenic fugue" to the already multi-layered narrative. Those sushi-chef assassins allow Thurber to demonstrate his casual mastery of the tropes of action-thriller pacing, as in a hilariously dead-on montage sequence of the killers traveling to their deadly destination that effortlessly hits the beats you've seen in a million spy thrillers. (This is another echo of Chippendale, who showed similar no-nonsense genre chops in If 'n Oof in particular.) These characters aren't just a way to populate the comic's world, they're a way to broaden it.

I'd add here that Thurber's utilitarian line serves a similar function: He can make it as crude as any diary-strip webcomic, he can hatch it to within an inch of its life for a sudden dose of oppressive density, he can switch to a brush for impactful moments of epiphany or hallucination, he can go full-on psychedelic with splatter or energy effects, at one memorable point he can painstakingly render the most gorgeous gate I've ever seen. Like Volcano Park, Thurber's artwork contains multitudes.

And Thurber doesn't limit the action to his Fort Thunderous city of Volcano Park. He concocts a future Los Angeles that has dwindled into a quaint coastal village, in which Hollywood iconography has been relegated to serving the same function as pictures of lobsters wearing bibs in such towns in the real world. In a knowing nod to the frequently suburban roots of homegrown American punk culture, he sets a literally underground hardcore festival called Basementfest (currently in its sixth consecutive month!) in a small town in Montana. And for some reason he makes a Pythonesque version of Scotland, dominated by bearded kilt-wearing bagpipe players and references to Loch Ness and Loch Lomond, a central location. Glimpses of his own unique versions of cyberspace and astral projection suggest that these anti-locations have their own visual and physical logic as well. The overall impression is of a prodigious imagination being harnessed to make very astute and specific observations about the intersection of culture and community.

That's another thing that 1-800-MICE has in common with the best conspiracy thrillers, from the highfalutin (Foucault's Pendulum) to the gonzo (Illuminatus!) to the prosaic (Seven Days in May): it portrays a heightened reality that resonates with our own without being slavishly analogous to it. Massive historical and environmental forces seemingly beyond any one group's understanding beset Volcano Park (hint: pay attention to the burg's name), and the odds are good that they will run their course no matter what this or that character does. But conspiracy fiction demonstrates both the futility of ascribing sweeping change to networks of individuals and the foolishness of absolving individuals from their roles in a society's downfall. Bad actors can indeed consciously push things in a terrible direction; good actors can indeed carve out pockets of resistance, slowing the tide if not reversing it outright. That's where the thrills really come from, I suppose: the sense that against all odds, this secret agent has agency. 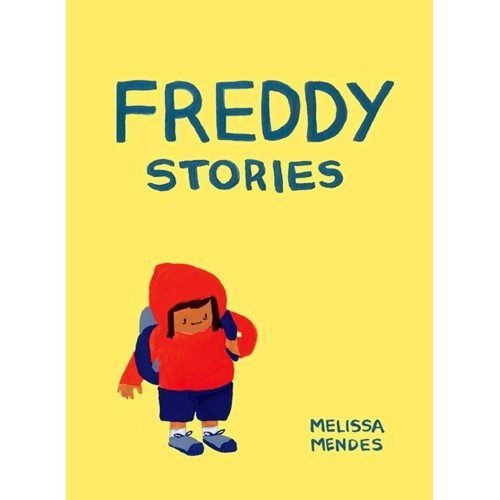 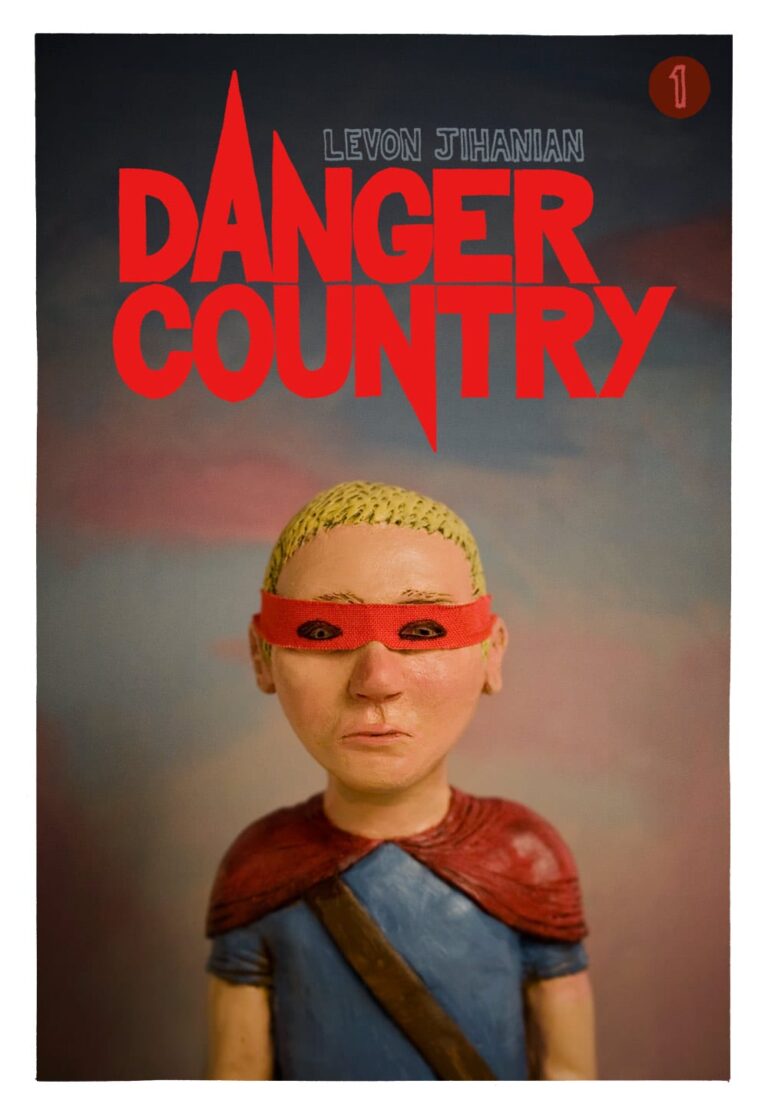