Today's Comics Journal features the latest installment in R.C. Harvey's serial column, Hubris and Chutzpah. In this installment, Harvey covers some of the nastiness that occurred on the way towards a syndicate-enforced truce between Al Capp and Ham Fisher.

FISHER’S QUARREL WITH HIS ONE-TIME ASSISTANT continued and became an obsession, and that, coupled to his own oft-trumpeted self-importance, made Fisher a colossal boor. It also made him the perfect target for any number of practical jokes staged by other cartoonists, most of whom by this time had little regard for him.

Once, as reported by Bob Dunn in Cartoonist Profiles #40 (December 1978), when Fisher threatened to derail a charity luncheon at “21” from its purpose by usurping the agenda to attack Capp, one of the group slipped out and recruited a comely young woman to deliver Fisher’s comeuppance.

Unannounced, she walked into the third-floor private room and made straight for Fisher. She was good-looking enough to stop conversation; everyone watched her progress in silence. Giving Fisher a brilliant smile, she handed him a piece of blank paper and asked for his autograph. Almost certainly dazzled by her beauty and flattered by the obvious adoration of such a gorgeous creature and gratified by thoughts of the envy her admiration must inspire in those around him, Fisher drew the face of his famous character and signed it “with all good wishes from Joe Palooka and Ham Fisher.”

The girl took the paper and stared at it in frowning perplexity. Then, tearing the paper twice and dropping the pieces on the floor, she exclaimed, “You’re not Al Capp? I wanted Al Capp’s autograph!” She turned on her heels and strode away.

Today's review comes from Keith Silva, and it's a look at one of the more critically lauded mini-comics of recent memory, Richie Pope's That Box We Sit On. Silva's into it:

The obvious (and most important?) question—“What if the box is just a box?”—becomes the narrative’s penultimate question, a saving throw for enlightenment, truth. At the top of page fourteen, in the upper-right-hand panel, Pope draws the box from the inside, nominal lines that look like an internet ‘hamburger menu’ preside over a jumble of paper, balls and scraps suspended in an ebony void. One boy reckons, “All the pieces of paper we slip in the box vents are still inside it.” The adjoining panel shows the outside of the box complete with a near swear, smiley and “Cool S.” Pope beats the box up some, it’s not straight-line precise, there’s a bend in the seam to reinforce how long the box has been around, perhaps as long as humans have been turning these sorts of boxes over in their minds. The graffiti and the scraps of paper form a palimpsest of existential ills, stops and starts. The middle left-hand panel looks like a how a kid would pull-off (or imagine) drawing a cube in two-dimensions. While on the right-hand side the box unfolds, the top or lid of the box ascends to possibly reunite with the mothership … of boxes. The boy says, “The sides of the box are just the sides of the box and that’s it.”

I'm returning from ALA Midwinter, which was more strongly attended than was anticipated this year. It also had a heavier comics presence than in previous years, in part because of the proximity of Fantagraphics & Image to the Seattle location, in part because of the growing numbers of comics readers within the ALA organization. In celebration , I joined other comics industry folks for a screening of the motion picture Glass, after we heard about how prominently the movie featured comics criticism as a plot point. It was not as good as Aquaman, but I'll admit that I am biased heavily towards any movie which features Julie Andrews playing an immortal multi-tentacled Dunwich Horror-inspired hellbeast. 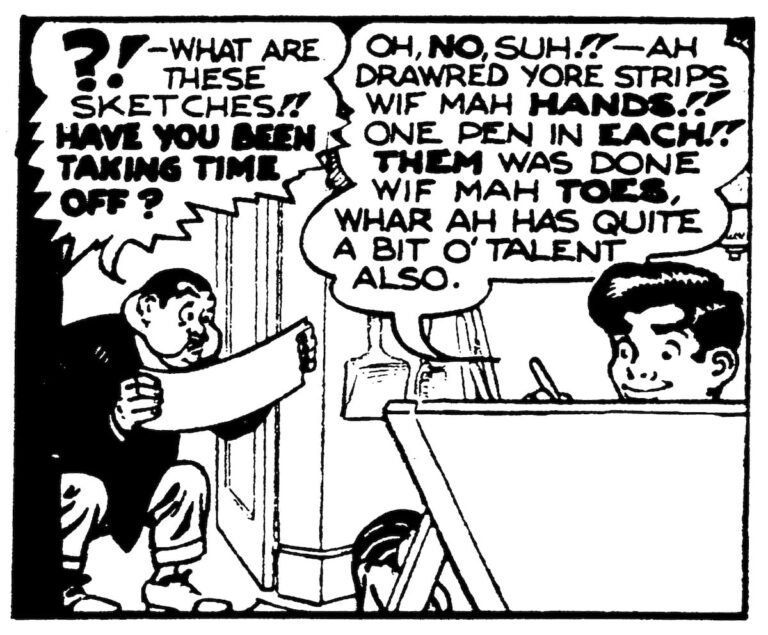 Hubris and Chutzpah: How Li’l Abner Kayo’d Joe Palooka and Both Their Creators Came to Grief (Part 6) 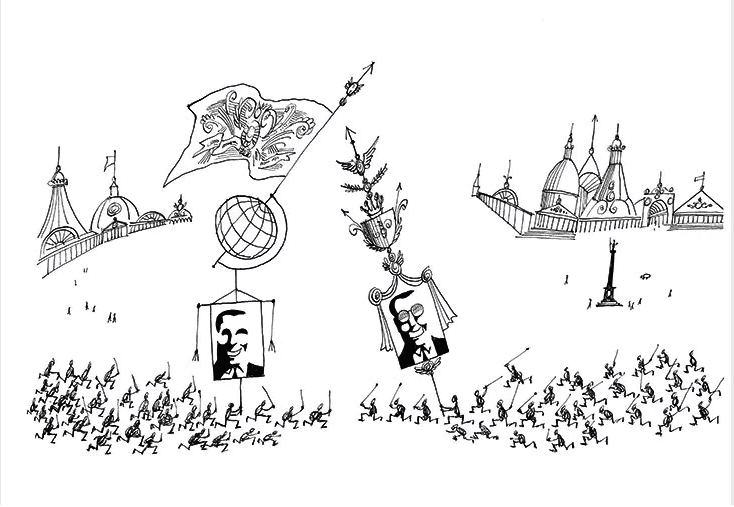