Server problems this morning prevented me from completing today's usual blog posting, but we have reposted a classic interview of Shary Flenniken, conducted by Robert Boyd and originally published in issue 146 from 1991. Here's a sample:

BOYD: You told me that the underground comics didn’t pay any money, that National Lampoon paid good money.

FLENNIKEN: They paid $25 a page, similar to what Fantagraphics is paying now.

BOYD: I know. Although they sold a lot more than we sell.

BOYD: Well, I don’t know if anyone was getting rich off of it.

BOYD: Yeah. There’s no underground comics millionaires or anything.

FLENNIKEN: Robert Crumb would have gotten rich if he hadn’t been such a bozo.

BOYD: And Gilbert Shelton … what I mean is, I don’t think there’s someone getting rich off of other people’s labors.

FLENNIKEN: No. Gilbert had a thriving business, as far as I know. He was using his own ability as a base. I think it was great. I’m sure that there’s a lot of stuff that I don’t know about, how they ran their business, the fact that they bought that web press …

BOYD: Yeah, that is insane.

FLENNIKEN: And they had a real business. They had a bunch of people who were employed and motivated, and Gilbert was consistently wonderful. A bunch of great people who all got along and were wonderful people. And the whole thing functioned so well! They were buying houses, which was pretty good, especially at that time.

BOYD: I was just saying that it’s not like people at Print Mint or Last Gasp became millionaires printing comics and paying starvation wages.

FLENNIKEN: No, it wasn’t that, but there was definitely … I never did like the artiste attitudes. I disagreed with that. It was mostly people with outside incomes saying that your art has to remain pure, don’t think about money. Which is like saying, “You can’t join our club if you care about how much you’re getting paid.” This is a real thing.

BOYD: It’s a real thing now, believe me. It’s not gone away.

FLENNIKEN: Yeah, and there’s Artie Spiegelman, who — and he still does this, and I really like this guy — yet he makes his money from Topps gum cards and tells people that they should work for him for free to stay pure. I think, as a feminist, I just don’t believe in volunteer labor. That’s just the way it is. See, I come out of all this political stuff and … the whole communist ethic, this whole ethic … it’s not like I was in a serious communist situation, but I hung out with people who felt that you should be fed by the state, and you should work because you love your work. My feeling is that if you really love comics and cartoonists, and you really believe that comics are art and comics have value, then you will try to do what is best for everybody. You don’t ask people to starve for their art. My Air Pirates buddies said, “You gotta go out and get a book deal. You’ve gotta go on your own, you know.” 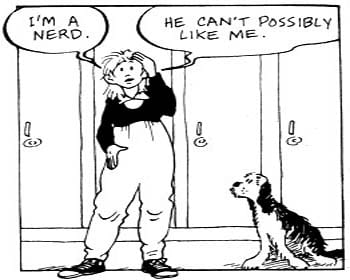 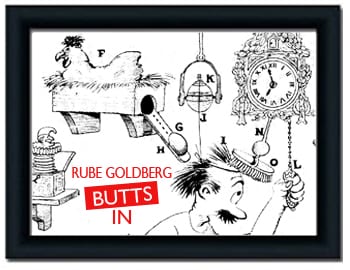