Today at The Comics Journal, we've got Matthias Wivel's latest column, Common Currency. This time around, he's taking a look at The Green Hand & Other Stories, a collection of Nicole Claveloux's comics published by New York Review Comics.

For a few brief years, Claveloux also contributed short comics to the legendary magazine Métal Hurlant – several of which were also published in English in its counterpart Heavy Metal – as well as its offshoot Ah! Nana (1976–'78), which featured women creators exclusively. For the longer of these stories, she collaborated with the writer Edith Zha. The Green Hand collects most of this meager output between nifty hard covers, sensitively translated by Donald Nicholson-Smith and hand-lettered in imitation of the original by Dustin Harbin.

News. Over at Publishers Weekly, Heidi Macdonald, Calvin Reid and Kate Fitzsimons got together and recorded an episode about the hiring of CB Cebulski, where they open by referring to him as a beloved figure. After that I presume the episode continues. No promises though!

Reviews & Sundry. Dominic Umile grapples with the sexism of Spain Rodriguez for Hyperallergic in his review of Street Fighting Man.

Publishers Weekly gave The Case of the Missing Men a starred review, and the CBC featured the book on the radio at the same time. Synergy!

Over at The AV Club, Oliver Sava takes a look at the beautiful and perfect Zegas.

Comics are a two-dimensional medium, but within a page’s vertical and horizontal confines is a three-dimensional space that can be manipulated by visual storytellers. Not the depth within individual images, but the space surrounding the panels, which can have multiple planes depending on how those panels are arranged. Michel Fiffe is a cartoonist committed to exploring this aspect of the page, constantly finding innovative ways to depict visual information. The new Fantagraphics graphic novel, Zegas, collects comics originally self-published by Fiffe from 2009-2012, and these short stories about siblings Boston and Emily Zegas show Fiffe discovering new narrative possibilities telling grounded, character-driven stories with a boundary-pushing point of view.

I remember the time when Fiffe was making those Zegas comics, and I also remember how much bad advice he got from bad cartoonists at the time, just a never ending stream of unasked for horseshit from a choir of goons. He was never in danger of taking any of it, but it's still nice to sit here now, less than ten years later, and be able to see how right he was to do things exactly the way he did.

Over at The Guardian, there's a new best of list, built mostly for the kind of graphic novel reader who can only tolerate shopping at a traditional bookstore. It's not a bad list at all, but it is a relatively tame, tasteful one. Great to see the Guardian holding it down for Grandville though. 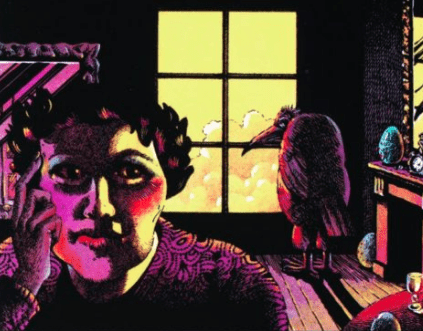 The Green Hand and Other Stories 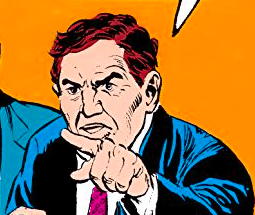