GLOECKNER: Gary, can you send me some pictures of yourself?

GROTH: For what purpose?

GLOECKNER: I want to put you in a story.

GLOECKNER: Can you send me some?

GROTH: Sure. What story is this going to be in?

GLOECKNER: I won’t know till it’s done. But send me six or seven.

GROTH: Preferably pictures that don’t look like me, but I’ll do that.

GLOECKNER: Do you promise me?

GROTH: Why do you want pictures of me as opposed to anyone else?

GLOECKNER: Well, I’ve gotten to know you a little bit now, so …

GROTH: You might be able to render me with a depth and understanding.

GROTH: Uh huh, uh huh. Sure. That was good. That was quick. All right.

GLOECKNER: No, but I’m really serious. I am.

GLOECKNER: So, I hope you’ll do it. Go home; look through those albums.

GROTH: You mean those indiscriminate boxes with piles …

GROTH: And I assume you want relatively recent. You don’t want like 25 year old pictures.

GLOECKNER: Actually, it would be OK to have older ones.

GROTH: Well, I do have a bunch of goofy pictures of me, so.

GLOECKNER: Just anything … I’ll do something good with it.

GROTH: You’re not going to do something evil.

GLOECKNER: Have you ever seen me do anything truly evil?

GROTH: Well, I have no doubt that in the privacy of your home…

Why Doesn’t Phoebe get Any Respect?

GLOECKNER: I feel like The Comics Journal has ignored me most of my life.

GLOECKNER: What do you mean “vice versa”? Just because I’m not a subscriber?

GLOECKNER: What other stuff?

GLOECKNER: You have! Because look. Seriously, you didn’t review Diary of a Teenage Girl, right?

GROTH: Well, we’re running a review of it in this issue…

GLOECKNER: Right. More than a year and a half after the book came out. What’s the point?

GROTH: Well, yeah, right. I can’t even explain that.

GROTH: I can’t even give a good excuse for that.

GLOECKNER: The fact is also I sent the book physically myself to you guys, and then after somebody told me they couldn’t possibly review it because it was a galley, I asked them “Who do I send books to?” I sent it to Kim [Thompson]. I sent it to a reviewer. I asked for the name of the person who would review it and then I sent my own copies … this was about 17 months ago.

GROTH: I can give you absolutely no explanation for that. I interrogated the managing editor of the magazine at the time and got nowhere.

GLOECKNER: OK. Is it because of that comic I did for The Comics Journal, “I Hate Comics?”

GROTH: No. You mean in the first Special?

GROTH: No, not at all. No, it was simply an absurd fuckup as far as I can tell. Because, why would I ask you to do more strips for the Journal? Why would I interview you? Why would I …?

GLOECKNER: I don’t know why!

GROTH: Well, it could be all irrational. I can’t even begin to tell you …

GLOECKNER: Because that was, for me, a major piece of work. It was reviewed in book journals — everywhere — but not in any comics magazines. That’s partially why I don’t feel like a cartoonist. I’ve always been basically ignored.

GROTH: Did we ever review A Child’s Life?

GLOECKNER: That was actually the same month the book came out.

GROTH: Well, there’s no conspiracy. I can’t give you a very fascinating answer. It just seemed like a complete clusterfuck as to why Diary was not reviewed. And I got this incomprehensible answer from the managing editor, and spoke to Tom Spurgeon, who was allegedly given the book to review, but told me later he didn’t know he was supposed to review it. And where the truth lies, I have no idea. But the minute it was brought to my attention, I did act. And we have a review by Donald Phelps.

GLOECKNER: What is a clusterfuck? Who is Donald Phelps?

GROTH: Don Phelps is an internationally known critic of comics and literature and film and poetry, and he’s done a marvelous job. And then we have Tom Spurgeon’s big profile of you and your work for the next Special, which will be out in early March. So we’re making up for years of neglect.

GLOECKNER: It’s not that you even should have paid attention to me. I just figured …

GROTH: Well, you have to realize Diary of a Teenage Girl was an exceptional circumstance that I can’t even comprehend myself. But when A Child’s Life came out, we reviewed it. And that was your first book. Everything else you’d done had been short stories scattered all over the place. And I’m sure if we reviewed Weirdo, or wherever else you appeared, that we must have mentioned you.

GLOECKNER: OK. You can be forgiven for that. But you did review that, anyway, so … I mean, you did it in a timely fashion.

GROTH: But it wasn’t by design.

GLOECKNER: I always thought, “Oh, he doesn’t really want to interview me. He’s been threatening to do it for 5 years. He just feels pressured because someone noticed that there was some lack.”

GLOECKNER: OK, Gary, whatever you say. Although… you might easily be afraid to admit that you don’t really like my work, and you’re just like, you know, well, trying to cover all your bases… trying to be a good, unbiased journalist or something… I shouldn’t even be talking to you about this, except I always say whatever I feel like saying. 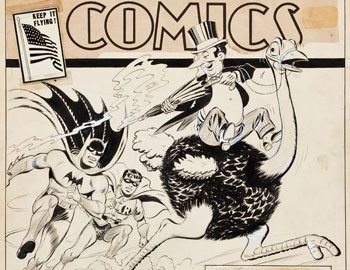 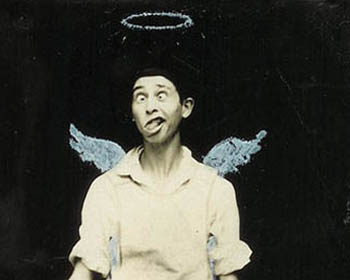 The Will Elder Interview