Today on the site, Derik Badman writes about Guido Crepax.

Valentina Rosselli was a Milanese photographer born in 1942, fashionable, a communist. She first appeared as a side character in the 1965 story "The Lesmo Curve", which largely focuses on the character Neutron, a.k.a. Philip Rembrandt, an art critic with the mysterious power to stop humans or objects via his gaze. The two characters became lovers and Valentina assumed the role of protagonist in subsequent stories, which were, at first, genre adventures reminiscent of American newspaper serials and mixing science fiction, horror, and intrigue, and later on, grew into tales more concerned with the reality (and the fantasy) of her domestic life.

Valentina's rich dream/fantasy life often features eroticism and a predilection towards s&m, and that last element is probably the main source of notoriety for Guido Crepax, Valentina's creator. Previous to the Complete Crepax series, currently ongoing annually from Fantagraphics (the fourth and latest volume of which I am mostly concerned with here), the easiest English translations of Crepax's work to find were his adaptations of such titles as The Story of O, Venus in Furs, and the Marquis de Sade's Justine. Other translations have appeared in English, primarily in the late '80s and early '90s from Catalan Communications, NBM (via their Eurotica imprint), and a handful of stories in Heavy Metal, but they have been long out of print, and represent only a patchwork of a larger whole. The heavy focus on the erotic aspects of Crepax's work has made knowledge of him in English-speaking countries too limited. He is a master of the comics form, creating beautiful drawings within a framework of innovative page layouts and panel breakdowns.

Yesterday, we published an excerpt of Sean Knickerbocker's Rust Belt.

Rob Clough is here, too, with a review of Mary Fleener's Billie the Bee.

Mary Fleener's first new book in years, Billie the Bee, is one part Jon Lewis' True Swamp (a favorite of Fleener's), one part Jay Hosler's Clan Apis, and one part Fleener weirdness. If you're one of the fortunate few who read her eponymous series Fleener back in the '90s, you'll have a sense of what you're getting into here. Fleener uses highly stylized and surreal character designs, exotic settings, and an overall bizarre aesthetic that differentiate it from Fleener's more familiar autobiographical comics.

Billie the Bee is set in a coastal lagoon that is also part estuary, with a mix of fresh and salt water in the environment. Fleener has clearly done a lot of research into this subject and mixes nature facts into her narrative in the way that Hosler did in his story about a beehive's inhabitants. Fleener adds footnotes regarding these facts and scientific classifications of the flora and fauna in the area. The various insects and animals that we meet have anthropomorphic qualities while still retaining their natural qualities. Things don't get quite as weird as they do in True Swamp, as Fleener is clearly interested in hewing as close to the actual qualities of the creatures as possible, and resists adding the bizarre and supernatural elements that are present in Lewis' work.

—This year's Russ Manning Award nominees have been announced.

—Naomi Fry writes about the comics-adjacent work of Judith Kerr.

"Once there was a cat called Mog. She lived with a family called Thomas. Mog was nice but not very clever. She didn’t understand a lot of things. A lot of other things she forgot. She was a very forgetful cat.” So begins Judith Kerr’s picture book “Mog the Forgetful Cat,” published in England in 1970. Though this was only the first of Kerr’s “Mog” volumes—which ended up numbering more than a dozen by the time the last of the bunch, “Goodbye Mog,” came out, in 2002—these opening lines establish the series’ rhythm and sensibility. Kerr, who died in May, at the age of ninety-five, having published more than thirty much-beloved books in the course of her career, once said that she tried to never use more than two hundred and fifty words in any of her books, so that young children could follow along. But it was, perhaps, exactly this limitation that heightened her ability to pinpoint, with a beautiful specificity, the character of her feline protagonist. Just like Mog—a stout, friendly tabby with a round face, a white bib, and white paws, who gets into a variety of small domestic scrapes because of her limited grasp of the world around her—Kerr’s language is simple and a little plodding. The sentences are short and of consistent length—not unlike the padded footfalls of a rotund cat—and, in their occasional repetitiveness, mimic a feline’s clumsy thinking.

—The Paris Review excerpts the new book from Ulli Lust. 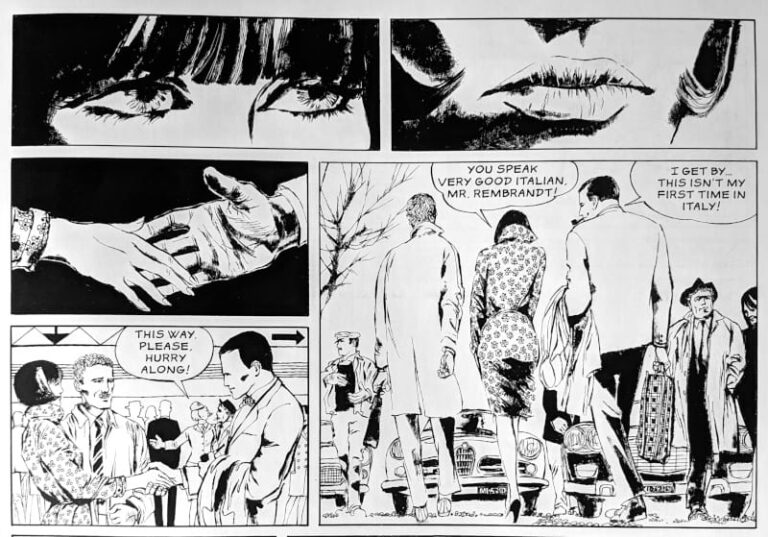 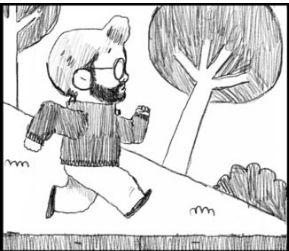