It takes me as long to read a comic-book page as it does to read a page of Kant.

When I heard the news that Don Ault had passed away, my first coherent thought was, “This is how Pinocchio must have felt when Geppetto died.” Logic tells me that I still would have existed in some form or other had I never met this brilliant scholar and teacher, wise mentor, and surpassingly kind and generous friend, but the person I am today simply cannot imagine how such an ‘I’ could possibly be. My next coherent thought was, “I never would have thought of that Pinocchio analogy if not for Don Ault.”

And then suddenly I’m back in Don’s classroom at Vanderbilt in the mid-1980s taking “Popular Narrative: Comics, Animation, and Early Television”, and the shortish, slightly hunched figure at the front is explicating the contrast between the nature of evil in Disney’s flagship early animated features: where in Snow White & the Seven Dwarfs evil is localized in the Wicked Queen and containable by virtuous action, but in Pinocchio it’s pervasive and can come at you from anywhere and in fact may very well be inside you, and if you give it free rein you may end up a donkey yourself. And then I’m with another class of students and we’re all in the basement of Don’s house, sitting in seats scrounged from an old theatre while the 35mm projector in the back runs an original print of Snow White (obtained somehow from who knows where), and the Queen’s robes are the deepest, purest colors I’ve ever seen and have never forgotten.

That Geppetto analogy soon breaks down, of course, because Don Ault wasn’t a dogged craftsman shaping students into what he thought they should be, and while the transformative power of the Blue Fairy might hit closer to the mark, Don’s teaching, unlike hers, certainly wasn’t about inculcating socially acceptable conventional behavior, either. But her name does recall a much more appropriate reference point: the concept of faerie as understood by that poet of Don Ault’s life-long study, William Blake--not the tiny dancing woodland creatures but the domain of the uncanny itself.

Because Don Ault himself functioned as a thin place in the fabric of being, where the boundaries between different worlds erode, where separate realms of thought merge with one another, and where established hierarchies of value and definitional binaries are overturned and reconfigured. In the mid-1980s heyday of the Theory Wars in academic literature departments, Don Ault was the most rarefied thinker in a group of high-powered intellects as well as the champion of the most de-legitimated forms of cultural production. I have never read denser, more oblique critical prose than Don Ault’s work on William Blakes’s Four Zoas, nor heard clearer elucidations of exceedingly complex ideas in the classroom.

Like the keeper of some cosmic crossroads, Don seemed to have encountered everyone, and in the course of events untold hoards of intellectual treasures and cultural bric-a-brac had somehow come his way. Because of Don Ault, and only because of Don Ault, I first saw or held in my hands:

*A videotaped (Betamax, of course—Don was an early adopter and die-hard Beta loyalist) episode of the 1950s kids’ TV show Andy’s Gang, starring Froggy the Gremlin.

*A copy of the underground comic Felch Cumics (look it up, if you have the stomach for it).

*Carl Barks’s own drawing board.

*The Couch Potato Handbook, in which Don himself had a minor role.

*A comic book (Cowboy Western #18) containing what Don called “the worst story ever made,” a work which has been the basis of my own scholarship for going on a decade.

*A pen-and-ink drawing of a voluptuous woman reclining in bed, full-frontally nude, a gentleman’s scarf, gloves, and hat on the nightstand, signed “Carl Barks 1939.”

*Both volumes of David Kunzle’s magisterial history of the comic strip, two of the foundational texts in the field of comics studies. (In a typically generous move, Don gave me his extra copies of both.)

These disparate items are not the emblems of the heterogeneity of Don Ault’s imposing intellect but of its supreme coherence, his way of thinking that simply ignored disciplinary boundaries and other mind-forged barriers in pursuit of the sheer delight of thought. Of the many truths that Don taught me, the one idea that has been most permanently imprinted on all of my subsequent work as a scholar was something he constantly modeled without ever putting it into words: that anything worth spending mental energy on was worth thinking about as hard and in as much complexity as your mind could possibly manage.

It’s hard to stress how deeply liberating that aspect of Don Ault’s teaching has been. At a time when comics and popular media were discussed in academia, if at all, primarily as cultural epiphenomena of the most trivial sort, Don gave no more explanation or justification for taking Disney comics seriously than he did for explicating canonical Romantic poetry, that is to say, none at all.

As a direct result of Don’s synthetic approach, when I began to write a dissertation chapter on Art Spiegelman’s Maus: A Survivor’s Tale (then in progress) it seemed beyond argument that any critical examination of Maus necessarily implied an equally rigorous intellectual engagement with Donald Duck. When the New York Times led its landmark review of the first volume of Maus (a watershed moment in the cultural rise of the “graphic novel”) with the line “Art Spiegelman doesn’t draw comics,” as a budding Aultian I immediately recognized in that attempt to bracket Spiegelman’s work off from mere “comics” not the collapse of an outmoded boundary but the foundation of a new one, a division I have tried to contest throughout my career as a comics scholar.

Don has left a lively and lucid autobiographical account of his own trajectory of development as a pioneering academic comics scholar at Berkeley, Vanderbilt, and the University of Florida, “In the Trenches, Taking the Heat: Confessions of a Comics Scholar”, (International Journal of Comic Art, 5:2. 2003, 241-260), including institutional struggles with traditionalist colleagues and administrators, with larcenous students pilfering primary texts for his comics classes, and with smirking journalists bent on mocking the academic study of comics.

But to me the most striking thing about that account is that, although sessions of Don’s office hours were habitually prefaced by a doleful litany of his characteristically quirky professional and domestic travails (home repairmen in particular seemed to have a propensity for discovering complex infrastructural problems resistant to cheap and easy solutions), at the very time when he was meeting the most resistance to incorporating the study of comics into the Vanderbilt English department curriculum, Don never said anything to me at all about his difficulties getting official acceptance for the same course I had taken as a student and for which I was at that moment serving as his teaching assistant. What he had obtained only with great and continuing struggle against entrenched institutional resistance—the ability to teach college courses on comics and to study comics as a professional scholar—Don Ault simply handed to me as an accomplished fact.

After Don directed my dissertation on comics and it was about to be published as a book, the superb editor at the University Press of Mississippi, Seetha Srinivasan, asked for a slight clarification in the introduction, so I added this introductory sentence:

This book presupposes that comic books as narratives and as cultural productions merit serious critical analysis.

Although I added that with a bit of a twinge at the time, it’s now the single sentence in the book of which I am proudest. The reason I had never thought to include such a thing in the original draft was because I simply couldn’t conceive of the need for it. Of course, every rhetorical project must imagine its audience, and at that time the questions of whether there could even be an academic audience for comics scholarship at all and what such hypothetical readers might already know and what they would need to be explicitly told were very much open ones. I was only able to proceed with my dissertation by addressing my first draft to a single reader, Don Ault, without whom I never would have had the slightest idea that the “serious analysis of comics” even existed, and who has been, and will continue to be, my imagined audience ever since.

Just as Pinocchio‘s mirror gave back the traces of Geppetto’s work, my teaching and scholarship bear as always distinctly Aultian elements. As Don’s teaching assistant I was notoriously the “bad cop” to Don’s ... no cop at all (Don would accept missing take-home midterm exams the same day that final grades were due), but now when those desperate end-of-semester pleas for clemency from students come in, I remember Don’s example that the educational goal is not to get people to obey rules but to use their brains (and better late than never). Those smart but somewhat feckless undergraduates (always one of Don’s core constituencies) who do manage to pull out good work at the last minute are still reaping the benefits of Don Ault’s humaneness, although they’ll never know it.

And as I work on my latest scholarly project, one that first began in Don Ault’s office as together we pored over the most ridiculously bad comic-book story imaginable, alternately laughing hysterically and racking our brains to conceive of how anything so absurdly inept could ever come to see print, I am reminded of what is so easy to forget and what Don Ault modeled in everything he did—that the hardest intellectual work can be the greatest personal pleasure.

The breadth of Don Ault’s scholarship and the fact that his early writings on comics appeared in some obscure venues means that contemporary comics scholars may rarely come across his name in their research, but his work continues to shape in subtle ways the critical discourse of a field of study that could hardly have been imagined at the start of his academic career. I’m completely certain that I would not be here were it not for that unique combination of intellectual brilliance, institutional stubbornness, personal kindness, and pedagogical generosity that was Donald Ault, and I am firmly convinced that without him there might never have been such a thing as comics studies at all. 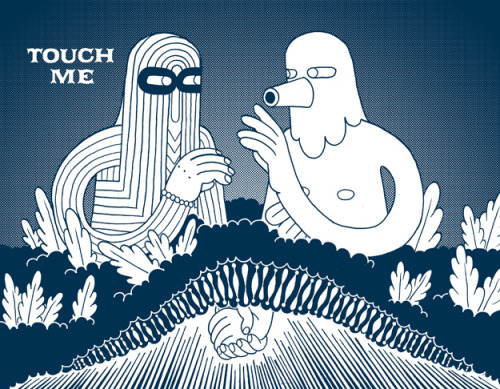 Let’s Go to the Zoo 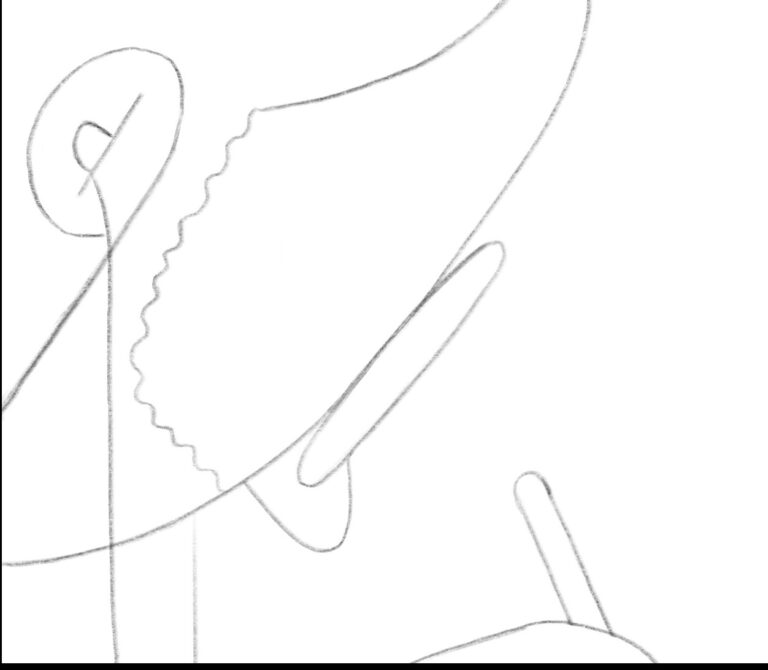