We also have an excerpt from Kat Verhoeven's Meat and Bone, soon to be released by Conundrum.

—At the Washington Post, Michael Cavna checks in on Olivia Jaimes and Nancy.

That creative energy has resulted in a 400 percent spike in “Nancy” traffic on GoComics.com compared with the year prior, says the syndicate. And sales have nearly doubled since Jaimes inherited the strip, with its client list nearing 140 newspapers.

That popularity is fueling other “Nancy” projects. Two books are due out in the fall, a board game is in the works, and the syndicate says it is finalizing a deal with a major streaming service for animated entertainment.

—Crime and music writer Michael Gonzales reflects on the childhood inspiration he drew from horror comics.

In truth, though I was young, I was already writing on the Olivetti typewriter I got for Christmas the year before and somehow convinced myself that writing scripts was next logical step. Nick Cuti was also the creative force behind the pamphlet sized instruction booklet The Comic Book Guide for the Artist-Writer-Letterer. Produced by Charlton Comics, the booklet broke down the format and mechanics of the work in a language that was straight forward. After reading the book a zillion times (it’s only 35-pages long, I wrote Cuti a letter at Warren gushing over his own writing and telling him that I too wanted to be a comic book scribe.

Two weeks later, I was surprised when he wrote back offering encouragement. “Even if you do want to become a comic book writer, you must read more than comics,” he advised. Although I was already a fan of the strange tales of Roald Dahl, the aesthetic I developed from the horror comics sent me straight into the frail arms of Franz Kafka and Edgar Allan Poe.

—I'm pretty sure that we have not previously mentioned the Ink Logging Tumblr set up by Zack Soto, which includes short reviews and writing on comics purchased by various cartoonists and writers, including such TCJ-affiliated critics as Chris Mautner and Joe McCulloch (aka Jog). But we should have.

—The Verge has an oral history of webcomics.

Ryan North, Dinosaur Comics: Top lists were kind of like traffic Ponzi schemes. You’d put a link on your comic that said: “Click here to vote for me,” sending people to their page. In exchange for clicks, you got to the top of their list. It felt very performative, so I stopped doing it.

The first comic I read was Achewood, which is probably the best webcomic ever. It didn’t have a links page, so I thought Achewood invented webcomics. Mine was the second webcomic on the internet.

I was in a college entrepreneurship class, and a month into a group project, our group hadn’t done anything, so I just decided to put comics online.

I cut little T. rex silhouettes out of construction paper and put them up around campus with the URL on them. I’m very tall, so I could jump and get them up where the janitorial staff couldn’t reach. When I heard people in the cafeteria talking about Dinosaur Comics, I thought I was being pranked. I guess the way I got early readers was… vandalism?

—Jon B. Cooke has started a new podcast, and his first guest is Robert Crumb, on to discuss Weirdo.

To design a layout for Yuichi, whose work is already so full of bold vivacity, proved a challenge for Jean-Philippe. He researched previous cover designs for his other publications, including Kazunari Hattori’s cover for Room which focused on “simple and powerful typographic compositions”, drawing out the pictorial qualities of Kanji. He also studied Yuichi’s éditions Matière which uses skilfully coloured extracts from Yuichi’s illustrations over the past ten years.

Alternatively, Jean-Philippe utilises the “raw content” of the comic artist’s powerful visuals to inform his cover design. Experimenting with different design tones to play on the book’s materials, his final design consists of a book jacket that complimentarily sits against the jade green, typographic cover. “The cover of Outdoors plays with some recurring elements seen throughout other manga covers” says Jean-Philippe. While it features a shiny dust jacket and dense text, each element has in fact had, a shift in format. 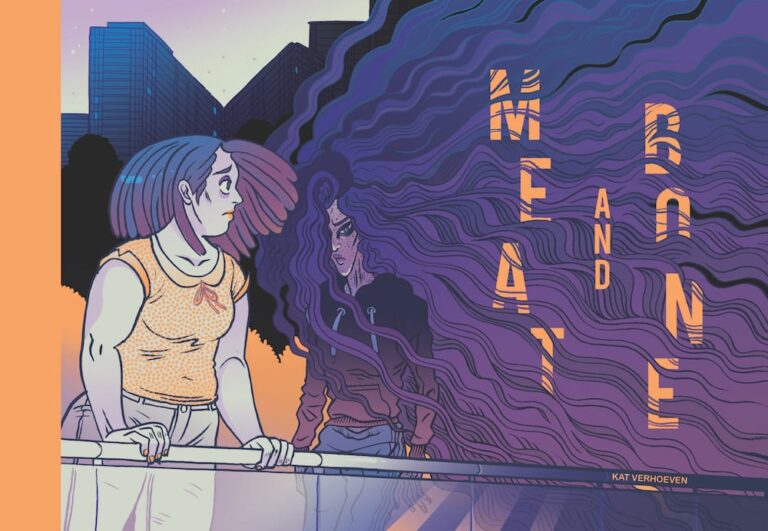 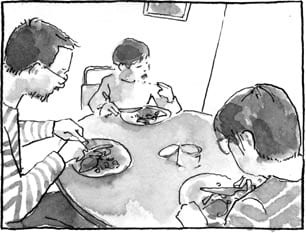