We’re in the midst of one of those runs of weekends that the comics calendar has where there are multiple conventions and festivals happening simultaneously, so you are very much spoiled for choice, if you’re not choosing to instead finish this week’s links, which can be found below, and then immediately going to watch as many theatrical screenings of the re-released Avatar [2009, dir. James Cameron] as you possibly can before starting work again on Monday. I shall be doing the latter, so we don’t have another Morbius [2022, dir. Daniel Espinosa] debacle on our hands.

• Starting things off this week with continued legal and PR skirmishing around the Internet Archive’s digital lending program, as an open letter was published by Fight For The Future, signed by over 300 authors, supporting the rights of libraries in the digital age. As with previous related broadsides, the response has either been that the demands in the letter are a good thing, and would protect the rights of libraries and librarians; or, if you are a trade organisation or publisher, that it is a very bad thing, and restricted rights to ownership is the good thing, actually. The publishers bringing the lawsuit against the Internet Archive include Penguin Random House, currently awaiting the outcome of a DOJ antitrust case regarding their proposed merger with Simon & Schuster, which it is alleged would create a monopsony and have deleterious effects on the compensation paid to authors for their work.

• The complicated ballet of comics publisher personnel continued this week, as Mike Marts exited from the role of Editor in Chief at AfterShock, moving instead to the role of Executive Vice President and Editor in Chief of Mad Cave, being replaced at AfterShock by DC alum Brian Cunningham, who is also joined by IDW’s former President Chris Ryall in a consulting role, while Scout Comics’ Publisher Charlie Stickney has left the company and was in turn replaced in the position by James Pruett, with Richard Rivera moving into the role of Editor in Chief. Stop the world - I want to get off, &c &c.

• Koyama Provides announced the latest recipient of their grant program, awarding $1,500 to Sarah Allen Reed, which will support work on the graphic novel project Barren.

• In memoriam, remembering those the world of comics has lost, and news was shared this week that writer and editor, founder of small press It’s Alive, Drew Ford passed away this week, aged 48, due to COVID-19-related pneumonia - a GoFundMe supporting medical expenses can be donated to here.

• It was announced this week that artist Kim Jung Gi died this week, aged 47, due to a heart attack - Kim was travelling in Paris for an exhibition of artwork at the time - tributes were paid on social media to his life and artistic legacy.

• News was shared of the passing of artist Vincent Kukua, who worked as a production artist for Image Comics and Black Mask Studio, and as a prepress technician at Oni Press, amongst other projects - remembrances were shared on social media of Kukua’s life and work.

• Chris Ready reviews the seismic psychedelia of Alex Ross’ Fantastic Four: Full Circle - “Here, Ross' and Josh Johnson's colors are deliberately limited: a four-color approach that favors blocks and harsh gradients over more natural mixes, the stippled dots of arcane coloring processes deployed as an expression of energy to compliment Kirby’s trademark krackle. The color is never allowed to overwhelm Ross’ linework, though - it exists as a subordinate Copic marker-presenting layer blaring underneath the ink-black structure.”

• Brian Nicholson reviews the endearing pleasures of Tomohiro Tsugawa’s Mermaid Town, translated by Kristjan Rohde - “The eye is guided forward, but the mind lags behind to glue the processing of one image onto the revelation of what occurs next, mirroring how in a dream one’s thought process of burgeoning understanding authors what follows. Causality isn’t settled until a reason is thought up.”

• Ricardo Serrano Denis reviews the stellar worldbuilding of Juan Díaz Canales and Juanjo Guarnido’s Blacksad: They All Fall Down.

• Andy Oliver has reviews of:

- The atmospheric bleakness of Tom Blackford’s Pigboy: Chapter One.

- The delightful nightmare of Lee Sensenbrenner and Keiler Roberts’ Creepy.

- The valuable perspective of Jay Jackson’s Bungleton Green and the Mystic Commandos.

• Etelka Lehoczky has capsule reviews of:

- The fascinating intricacy of Kate Beaton’s Ducks: Two Years in the Oil Sands.

- The engaging self-reflection of Malaka Gharib’s It Won’t Always Be Like This.

- The raw bleakness of Simon Hanselmann’s Below Ambition.

- The remarkable work of All Your Racial Problems Will Soon End: The Cartoons of Charles Johnson.

- The distinctive vibrancy of Marjorie Liu and Sana Takeda’s The Night Eaters: She Eats the Night.

- The innovative hilarity of Jamar Nicholas’ Leon the Extraordinary.

- The simple confection of Balazs Lorinczi’s Doughnuts and Doom.

John Kelly interviews Jim Woodring about One Beautiful Spring Day, the machinations of the Unifactor, drawing in complete serenity, and drawing without knowing why - “I set out to be a cult artist and I feel I've done that. And that does give me some satisfaction, but of course it isn't much in the larger scheme of things. One Beautiful Spring Day is a milestone for me, but less as an achievement than a platform of understanding. I turn 70 in October and feel a strong disinclination to continue as I have been doing. For all I know there may be no more Frank stories... I haven't felt any recent stirring in that direction at all. There are so many things to do. Aside from the looming deadline the future teems with promise.”

• Chris Coplan talks to Zestworld’s Chris Giliberti and Ron Cacace about the digital platform’s role in the marketplace, and what it has to offer readers and creators.

• David Brooke chats with Charles Soule and Will Sliney about Hell to Pay, supernatural student debt, the economics of Hell, and building your own mythology.

Deanna Destito speaks with Greg Weisman and George Kambadais about Gargoyles, resurrecting the franchise, and the characters’ continued relevance.

Josh Weiss talks to Mike Mignola and Rachele Aragano about Hellboy In Love and Leonide the Vampyr, delving into Big Red’s romantic past, and characters that dictate their own story.

• Chris Cole speaks with Jeremy Holt about Gatsby, the allure of the source material, and exploring themes of identity in the age of social media.

Rosie Knight chats with Melanie Gillman about Other Ever Afters, cutting 24-Hour Comics Day in half, and fairy tale comics traditions.

• Rob Kirby talks to Tommi Parrish about Men I Trust, the character inspirations for the book, segmenting the comics making process, and the satisfaction of playing with aesthetics.

• Bobbie Chase interviews LambCat about Cursed Princess Club, readership numbers, making the leap from vertical scroll to print, and feedback from the fanbase.

Stephanie Chan speaks with the Panel One Comic Creator Festival’s President Joey Gruszecki about the event’s aims, and returning after a pandemic hiatus.

Welcome to CXC: Discover stories, meet creators and be inspired.

With over 100+ creators, The CXC Expo is an essential part of our mission to create an atmosphere of connection between creators and audiences of cartoon storytelling. @columbuslibrary https://t.co/T6A42YQiQR pic.twitter.com/HmMRyuZkad

• Here at TCJ, Bob Levin cross-examines the curious metaphysical focus of Dave Sim and Carson Grubaugh’s The Strange Death of Alex Raymond, and the intriguing digressions found therein - “[Sim’s] page layouts are also top notch. Their variety keeps viewing eyes alert. A panel may fill an entire page or a dozen panels may nest upon one. They may sit in tidy rows, rise and fall diagonally, or jumble like from a grab-bag picked. They may shift shape. Their borders may dissolve, allowing one drawing to enter another like a cellular creature in a feeding frenzy.”

• NeoText Review’s regeneration into The Gutter Review is complete, and editor Chloe Maveal celebrates this reawakening with an essay on Atomeka Press’ A1 anthologies, and the curation that brought them to life.

• Over at Shelfdust, Reagan Anick writes on the death of Stephanie Brown in the context of DC’s wider history of killing off women and non-white characters, while Steve Morris addresses the issue of JK Rowling in relation to Mike Carey and Peter Gross’ The Unwritten.

• For Women Write About Comics, Nicky Rodriguez writes on the red flags that begin urgently flapping when editorial communication on a comics project breaks down.

• Brian Hibbs presents a new edition of Tilting At Windmills, over at The Beat, covering replies to the previous edition on dwindling profit margins in the periodicals market, and the realities of the current fractured distribution setup.

• Andy Oliver continues Broken Frontier’s series on how Brexit is affecting comics publishers and creators, this week speaking to EU nationals in the UK about how the referendum (and subsequent fallout) has impacted them.

• For ICv2, Rob Salkowitz writes on the current state of the comics convention and festival circuit, as in-person eventing returns with some of the pre-pandemic lustre worn off from what were previously touted as must-attend spectacles.

• Over at Solrad, Rob Clough continues a retrospective of Fantagraphics’ NOW series of anthologies, this time out looking back on the focal shift to be found in issue 4.

• From the world of open-access academia, writing in the Journal of Language and Literature, Janis Ramadhanti Saputri and Andika Wijaya present analysis of the translation of harsh language in The Life and Times of Scrooge McDuck.

• In Publishing Research Quarterly, Hadi Akbar Dahlan discusses the publishing and distribution systems for manga and doujinshi in Japan, and the long term market trends currently seen in the manga industry.

• Mike Peterson rounds up the week’s editorial beat, as Ron DeSantis, concussion protocols, and the beginning of a new term for the Supreme Court all took the spotlight.

The magazine’s name is, GLADIOLUS MAGAZINE, and it will feature comics, essays, short stories, and more created by people of color from marginalized genders and sexualities. Expected to come out in Spring 2023. https://t.co/MD6kCmSZdu pic.twitter.com/jAtOdG3AYs

• Artbound's Love & Rockets documentary, charting the history of Los Bros Hernandez's seminal comic book series, is now live, and available to watch for free online, with the story of the comic and its characters told by the creators themselves, their peers, and the comic's readers.

• Austin English hosts the latest meeting of the New York Comics & Picture-story Symposium, as Bill Kartalopoulos presents a continuation of a charting of the history of avant-garde comics, part one of which can be found here, this time around covering the artistic fragmentation seen during period of 1970-1990.

• Christopher Woodrow-Butcher hosted this week’s edition of Mangasplaining, as the team discussed Gengoroh Tagame’s Our Colors, its heartwarming coming-of-age story, the realities of life it reflects, and book design specificity.

• A few new Decompressed conversations, as Kieron Gillen spoke about comics craft and publishing realities with Leah Williams on X-Terminators, Declan Shalvey on Old Dogs, and Wes Craig on Kaya.

• A triple header week for Cartoonist Kayfabe, as Jim Rugg, Ed Piskor, and Tom Scioli took a look at the work of Harvey Kurtzman and Will Elder on Little Annie Fanny; John Romita Sr. on The Amazing Spider-Man #50; Neil Gaiman, Mike Dringenberg, and Malcolm Jones III on Sandman: The Doll’s House; Barry Windsor-Smith on Conan vs Rune; and Garth Ennis and Richard Corben on Punisher: The End.

• David Harper was joined by Heidi MacDonald for this week’s Off Panel, as they spoke about comics conventions, websites, and market realities in the year two thousand and twenty two CE.

i saw an angel pic.twitter.com/0ph3ZpYcBy

That’s all for this week, if you would like more then please check back in 7 days time.

Something something mario movie pic.twitter.com/sGOl8IBQGj 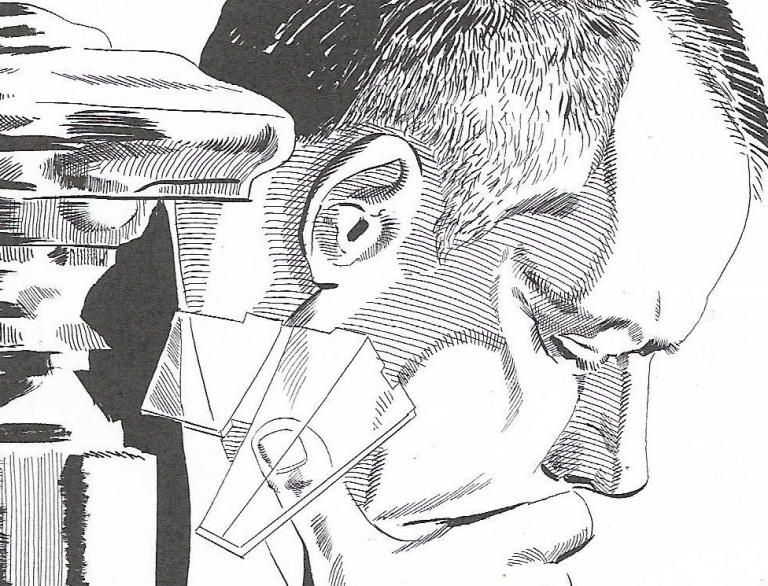 A Fig in Winter 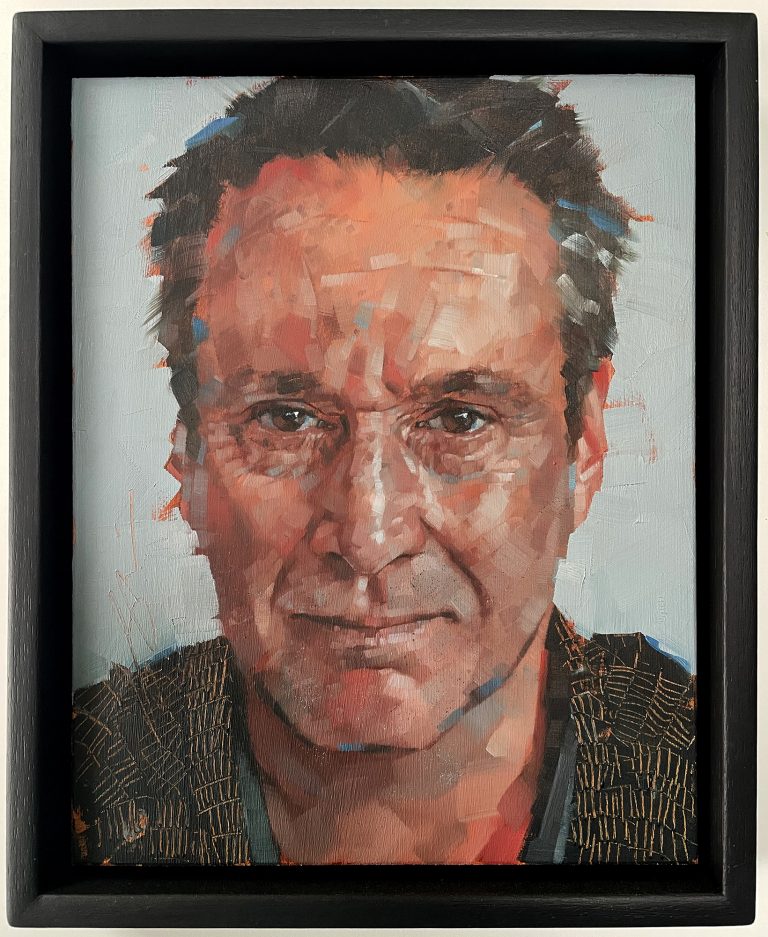 “The Closer They Come To Being Finished The More Compromised They Become”: An Interview with Duncan Fegredo