"Art is a way out. Do not let life overwhelm you."
Nathanel West, Miss Lonelyhearts 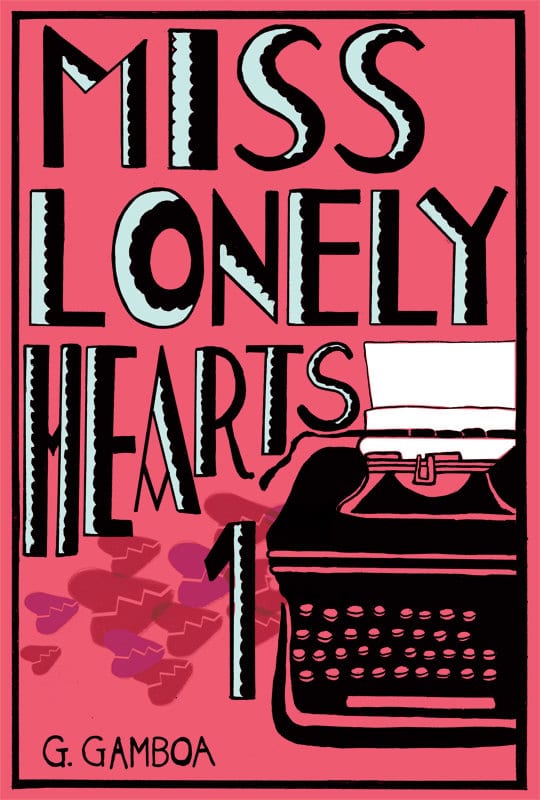 This week, three comics that showed up in my mailbox. All three are nicely made editions - all are part comic book and part mini comic in their presentation. Hard to file on the bookshelf or in the comic book box but nice to have laying around the house. Stacks and stacks of them. This is always my argument about the real divide between mainstream and indy comic scenes: it's the filing system. 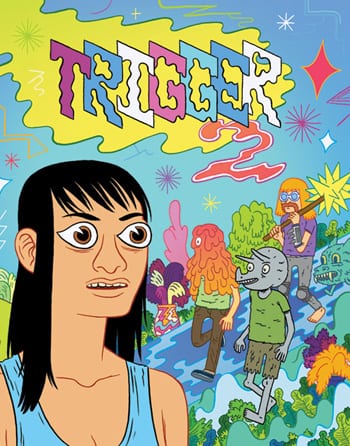 Three very solid stories in this well hewn comic book. I remember going into Copacetic whenever this comic was new and Bill was like "read this one first" - an alien invasion story that had me rolling on the ground in fits of laughter. I like the way Bertino draws "realistic" and cartoon faces and gets all the juice out of an expression. Bertino is also good at altering his style just enough in each story that it creates nicely separate "tones" for each. Reminds me of when Clowes would put a funny animal story next to a seriously drawn dream story in the same comic book. The serial grown ups continues from the first issue and is becoming a very fun (and somehow scary) ride. It is about teaching high school. If you read each tier as a daily strip it kind of works too - this grown ups story would make an excellent daily comic - I could read this strip forever. Looking forward to seeing where this series goes. 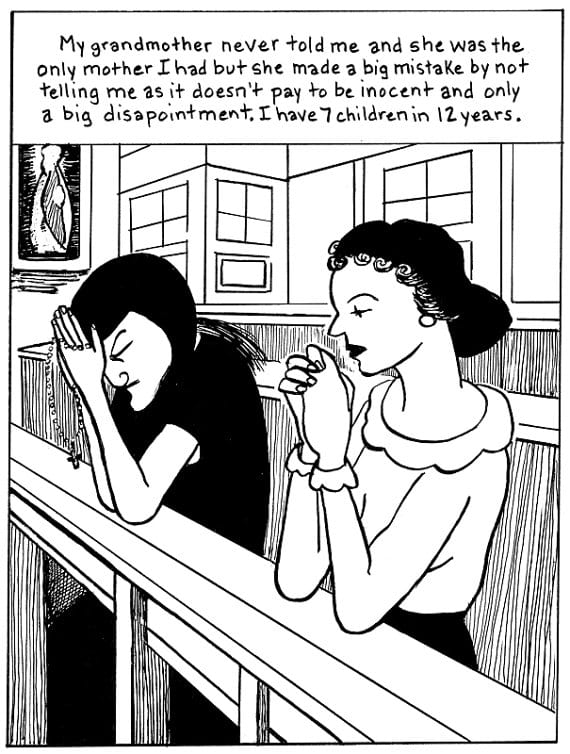 It is very rewarding to watch a cartoonist grow and get better and be surprised by them years after first encountering the person and the work. Gabrielle Gamboa - whose work I first saw way back in the early '90s - has released a new book. She is adapting Nathanel West's Miss LonelyHearts. When I first heard about it I was skeptical like I am of any adaptation from book to comic book. Shame on me. I should have known Gabby would have done something inventive in the translation. And she has: the story is told one panel per page and the art styles switch from graytoned cartoony realism to black and white bigfoot exaggeration depending on the scene. The tension between the styles builds and the rhythm of the 1,2 of the panels and the page turns is executed precisely and makes you want to read it all again and again. I forgot how intense this story is - it very much lends itself to a comic book treatment. Why it works is that the treatment is rooted stylistically to the time period rendered. This comic book is just the first chapter - of course I want it to continue, but I have to wait for the next issue. A great little book - looking forward to the rest. Check it out. 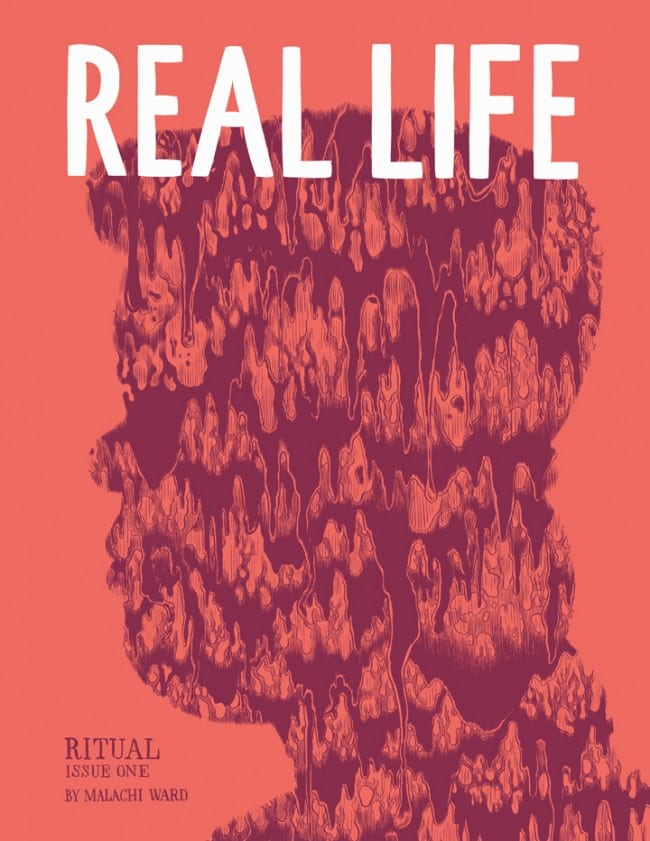 This is the comic to read when everything goes wrong in your love life. That's when I read it and it shook me up. The story, aptly titled "Real Life", rhymed so well with all the fears of betrayal and abuse that exist in any relationship. One of the most interesting stylistic / narrative choices I have seen in awhile: at a certain point in the 29 page self contained story two of the characters eyes change. Their eyes go from dots to having lids and clearer expressions. It was very powerful and rang a bell in my head like when something under the surface feels felt. It scared me. Rhymed with something inside that I would be hard pressed to articulate. A modern horror comic that fits in the genre and extends beyond the limits of the usual tropes and traps. Ward uses different layouts to compress time and then opens it up so that the effect folds over into the story to enhance the mood changes. Spectacular finish to this one. Check it out.

This is a good one.

Ed Kanerva, of Toronto, wrote in to say that he picked up a black and white explosion comic from 1987 called Crack Busters and thought of me. Thanks, Ed!

Not surprisingly I have a Crack Busters story.

That artist came to a con when I was in eighth or ninth grade.

I asked him to draw The Shadow and he said he only did sketches of his character. So being a kid and not knowing how to back out of the deal, I agreed to have him do a drawing of his character, Crack Buster. He drew a standing figure in a costume holding a gun with a crack vial on his chest with a circle slash across it. Y'know like Ghostbusters but instead of a funny looking ghost there is a crack vial. I paid fifteen bucks and went out to the car and complained to my mom. She just laughed and we drove home.

I told Dan Clowes this story recently and he said "I bet you're glad he did that instead of drawing the Shadow" - and I have to agree. I'll dig it up sometime. Although, I fear it died in the flood in my basement years ago along with all my Cold Heat original art. That's another story. 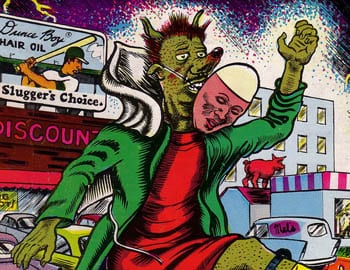 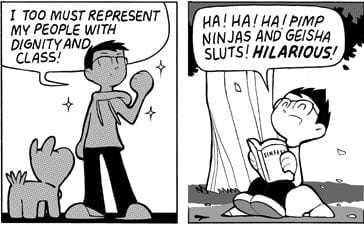 The Sisterhood of the Pimp Ninja Sluts