On the the occasion of their seventy-fifth release, I talked to the two of the editors behind The Library of American Comics series of books.

Mullaney: Those rights are what we, as individuals, make them. The issue is totally separate from legal rights. From a publisher’s perspective, if I want to reprint Alex’s Zorro comics, I need to pay a licensing fee/royalty to John Gertz/Zorro Productions, who owns the trademark to the character and the copyrights to those stories. If, on the other hand, I want to reprint Alex’s comics for Standard or Lev Gleason, the work is apparently in the public domain, so no licensing fee or royalties are due. If the original publisher failled to register or renew the copyright or that publishing entity no longer exists, anyone is legally free to reprint the stories. In the course of my long career in comics, I have made the personal decision that — in the case of public domain comics in which there is no rights holder requiring a fee or royalties — I would pay the artist or the artist’s direct heirs. I still have letters of appreciation from Jerry Siegel, Jack Katz, Reed Crandall’s sister, Ellie Frazetta, and other creators whose work I reprinted in the 1980s and 1990s and for which I paid them.

These “moral” rights run parallel to a previously obscure part the 1976 Copyright Act, which allows artists, under specific circumstances, to reclaim the rights to their work after 35 years. The intent of the law is to allow creative people a second chance to own material they sold to a publisher earlier in their careers when they may not have had fair leverage. I think we can all agree that very few comics artists in the 1940s, 1950s, and 1960s understood what they were signing away – or even IF they signed anything away. It seems to me that if we are in favor of Siegel, Shuster, and Kirby trying to reclaim their rights, then we should similarly should pay them for reprinting that earlier work. In my book, it’s all the same thing.

I've been at TCAF all weekend selling books. So while two days in the midst of comic-dom would have you think I'd have plenty to say... it doesn't. TCAF was an excellent show for me. The Hernandez Bros were a big focus, which was great. There's a new edition of Chester Brown's The Playboy, with additional notes, new lettering and a whole format reconfiguration. Brown's reworking of his text is so rigorous that each edition is a new work, which is exciting. What else... here are your Doug Wright Award winners, from the PR:

Best Book: The Song of Roland, by Michel Rabagliati

The Spotlight Award (aka "The Nipper"): Nina Bunjevac for Heartless

Held as a feature event of the 2013 Toronto Comic Arts Festival (TCAF), the evening also saw Albert Chartier inducted into The Giants of the North, the Canadian Cartoonists Hall of Fame.

The winners were decided by a jury that included: Joe Ollmann, Pascal Girard, Jonathan Goldstein, Natalia Yanchak and Julie Delporte.

And Tom Spurgeon interviews Ryan Sands, who had two much talked about debuts at the show. 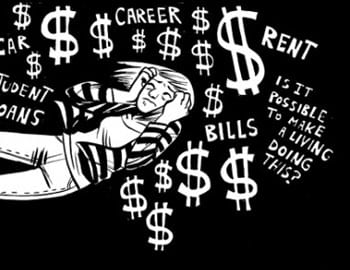 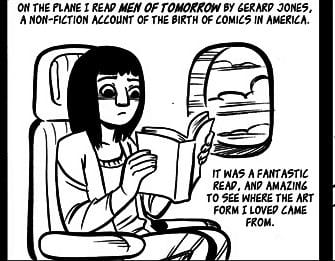