It’s a terrible thing to be a critic out of a feeling of resentment or anger at the object of your critique. Especially when the feelings aren’t even inspired by the work itself but simply a negative reaction to the enthusiasm of someone else taking joy in comics. I hardly want to live down the reputation of critics as choleric firebrands who never leave the house and bathe less often than they should - but, I mean, yeah.

It’s not all comics fault. They didn’t ask to be the most intense relationship of my life.

Our review of the day comes from Leonard Pierce. Here's looking at Ghost Box, from John Pading and Shigeharu Kobayashi.

Ghost Box first saw the light of day last year with a successful Kickstarter, and it’s now making its way to direct sales via Frank Comics, the imprint run by its creators, artist John Pading and his co-writer Shigeharu Kobayashi. It’s a quasi-sequel to their 2012 book Princess Calabretta, with which it shares not only characters and DNA but a hyperactive mélange of pop culture influences. Pading’s art style is vivid and cartoony, and while it’s not the most accomplished, it’s very well suited to the material, which benefits from the kinetic, colorful nature of his work. The script, on the other hand, is rather a mess: ideas come and go, events explode and spill over with no real rhyme or reason, and most of the appeal of the narrative comes from the fact that it throws its story developments, such as they are, at you with such wildfire rapidity that you give in to its admittedly good-natured energy more or less out of exhaustion.

Over at Smash Pages, Alex Dueben can be found speaking with Finnish cartoonist J.P. Ahonen about his heavy metal family comedy, Belzebubs.

Over at Broken Frontier, Andy Oliver speaks to Anna Readman about her comics work. Oliver had previously referred to Anna as "the future of British comics". The art by Readman illustrating the interview makes a pretty effective case for Oliver's claims.

Anytime a new Brian DePalma movie appears on the horizon, I think of old Kim Thompson remarks about DePalma that I'd caught wind of, years after they'd been made, via comments made by other people. I wonder what his level of anticipation would have been for Domino, which was reportedly such a terrible experience that the film director has sworn off the country of Denmark. 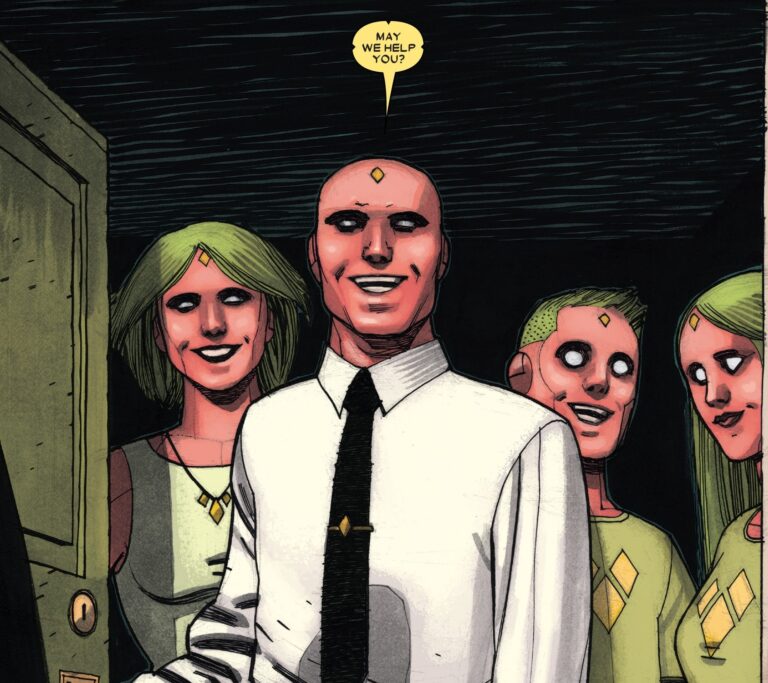 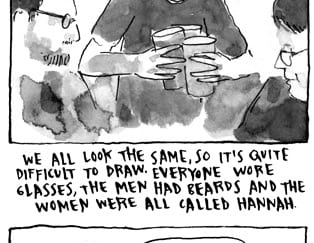