Today is the final day of Abhay Khosla's four-part year-end wrapup of 2015 in comics, covering September through December, and ending up with a personal summing-up of the issues threaded throughout the year:

In 2015, if nothing else, at least one argument, the most common argument, no longer makes sense: “It’s just comics.”

Look at DC’s statement on the Batgirl situation: “threats of violence and harassment are wrong and have no place in comics or society.” But after what happened last January, can anyone saying “comics or society” really be said to be paying attention? What boundaries between those two spheres do people think exist?

Terrorists blew those boundaries up. They kept blowing up for the rest of the year.

That was ultimately the persistent lesson of 2015, the one story that recurred over and over. Outraged, outraged-at-outrage, either way, we’re stuck with each other, the train conductor jumped off miles ago, best hope it’s a sweet ride when this all derails. Nothing's slowing down! Louder! LOUDER! Escapism was just what they put on the brochure to sucker us in-- but this is all society now, more and more everyday (and society, god help us all, is becoming comics more, too).

—Matt Bors has brought The Nib to First Look Media, which you may know as the company behind The Intercept. 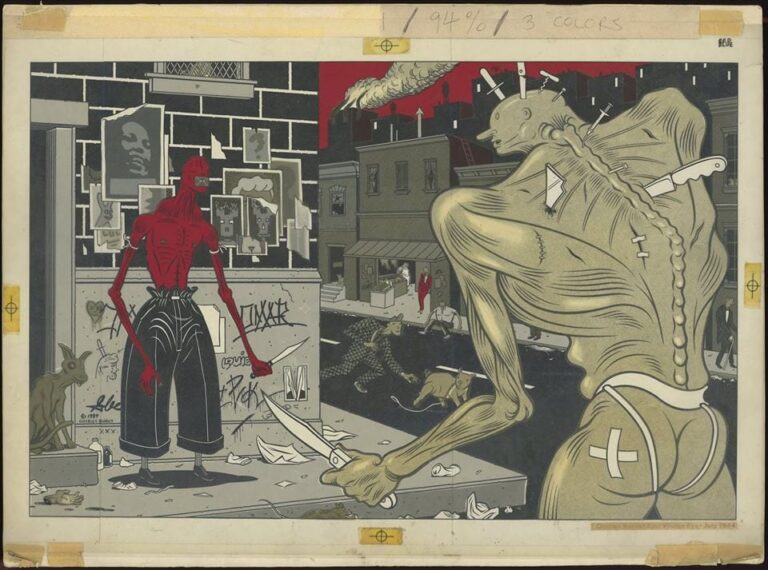 Another Look at the East Village Eye