In 1999, I interviewed and wrote about Maxon Crumb (“Alone in the Western World,” The Comics Journal #217, November 1999, reprinted in Levin, Outlaws, Rebels...). He was, I still say, the strangest person I ever met. When I was asked to review Malcolm Whyte’s illustrated biography of Maxon1, Art Out of Chaos (F.U. Press. 2018), I said I would if I could interview him again. We’d had no contact since he’d come to a reading of mine for Outlaws, and I wondered how time had treated him. (I knew it had changed me, and I wondered if that those changes included my characterological assessment.) But Whyte said Maxon no longer communicated with him and could be contacted only through a nephew in Colorado. I emailed the nephew but did not hear from Maxon.

I decided to review the book anyway. The rhythm of daily writing had become important to my days and this seemed an interesting beat to add.

Mark said “She’s no Robert Stone. But she’s no Robert Ludlum.”
A woman said, “A bunch of these moms I’ve been hanging with,
therapist moms.”
“Only you can make the difference between life and death for your rabbit,”
the man read. 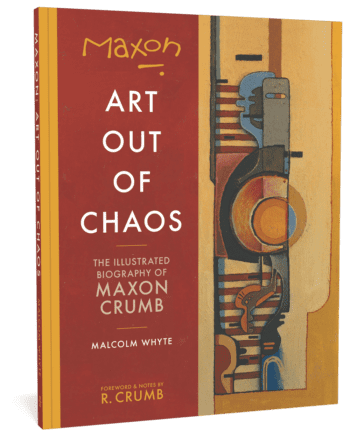 The book has good weight, solid feel, a fine gloss to its cover. A Maxon totem-pole-like abstract commands the right side, and columned text, complimentary colored – ochre, orange, rust – southwestern feel – the left. You sense in its construction deep care/attentiveness. The text is modest (30,000 words, I’d estimate) but complete and enriched by illustrations, black-and-white and color, more than two dozen full-pagers, as well as samples of Maxon’s and his older brother Robert’s correspondence, hand-printed in their distinctive styles – art in itself. The contents are nicely spaced, beautifully laid out. Kudos to editor Gary Groth, designer Sean David Williams, production guy Paul Baresh. Oscars for all. Every author should be so well-served.3

The foreword, by Robert, informs that Maxon had been viciously “mocked” as a child but grew into “an inordinately advanced individual” and “a great artist.” Whyte’s preface notes that Terry Zwigoff’s documentary Crumb (1994), which brought Maxon to national attention as “an unkempt weirdo who lived... on skid row” who engaged in devotional practices which included sitting on a bed of nails and performing a cleansing ritual of passing a three-inch-wide, fifteen-foot-long cloth through his digestive tract, concealed that he was “a vastly complex, gentle and wise man” with a deep knowledge that encompassed everything from arcane religions to the how-to’s of street survival, and an “irrepressible creativity.”

“yeah, well, I should go to class. I, like, failed gym.” she
said.
u.s. grounds jets days after crash, 157 dead.
KIZZ MY BLACK ASS. SHORTY THE PIMP. EAZY MUTHA F
buddy guy’s mother told him, "you don’t want to be here, you better not
come here."

Even those familiar with Maxon’s story will find much in Whyte’s telling to drop their jaws even further toward the floor. Those who read the book fresh-eyed probably haven’t stopped shaking their heads yet. All the bases are covered. The brutal ex-Marine father. The speed-addicted mother. The ego-shattering ridicule from Charles and Robert.4 The seizures since age 11. The failed relationships and bad LSD trips. The molesting of women in public, leading to criminal prosecution, a guilty plea, and psychiatric hospitalization.

In consort with these assaults – and extending beyond the last of them – are Maxon’s quests toward sandhu-hood. Sleeping on the floor of a barely furnished welfare hotel. Solitary treks, penniless, often on the point of starvation, for hundreds of miles. Fasts of up to sixteen days (“A fantastic spiritual experience.”). Ten- to twelve-hour stints of meditation. A body-damaging vegetarian diet. Sitting lotus-positioned with begging bowl on San Francisco’s Market Street. Discovery of a previous life as a 19th century Norwegian silversmith (“Fjord”).

Out of this, Maxon built a persona as an “artist” and a career in “art,” both assembled in bits and pieces, as if a sculpture from cast-off objects. Drawings published by Robert in his magazine Weirdo led to invitations to contribute elsewhere. Requests to illustrate books and album covers followed. Collectors cast their eye on – and opened their wallets to – him. Supporters sponsored outlets for his work. Eventually he left street life – and public assistance. Eventually he entered a mutually sustaining relationship with Yannick Inguey, a Laotian-born French woman whose uniqueness in background and presence seemed to suit his own.

Whyte relates this story in an open, engaging style, unburdened by jargon or portentous analysis. He does not call for assistance from “experts,” whether of “High” or “Low” art, whether from those attuned to artists already ensconced within museums and galleries or to those laboring in flop houses and back wards. He conducted over thirty interviews with Maxon5 and had access to his correspondence and unpublished manuscripts. He contacted Robert and friends of Maxon. He even interviewed two of Maxon’s former girlfriends, who revealed an unexpected and sympathetic view of him. (Ingey seems not to have spoken to Whyte, and I suspect posterity will have to do without her memoir of their time together.)

Whyte comes across as someone who has seen enough art to be confident in his own judgments. He considers Maxon’s writings to be “complex” and “intriguing,” “alien” yet “erotic.” He finds his visuals “extraordinary,” “perceptive... and original,” “provocative and profound,” rich with “foreboding,” demonstrating “arrestive inventiveness” and mastery of “composition, detail and technique.” Most impressively to me – since it underscores my own shortcomings – is his ability to get beyond Maxon’s externals and, while avoiding none of them, relegate them to a place where they do not interfere with his gaze. He views Maxon’s deviations from the norm no differently than most of us would another’s choice of eyeglass frames.

the poet becalmed in the corner seeks
the mud he played in when four, removed from time.

I have no argument with any of Whyte’s critical judgments. If I have a problem, it is in another area – and one which may lie entirely within me. I have this unfortunate predisposition toward judging the success of people’s lives, not in a “Who-has-the-most-toys?” sort-of-way but in one which is more ineffable. I am not sure that such a judgment can be made, yet it hovers over me like Joe Btflpsk’s cloud. Things would be sunnier without it. I also think that for anyone who had survived as long as Maxon, that verdict has been rendered in the only way that matters. Still the question drizzles on me, so...

Whyte seems to judge Maxon’s life a success. His thesis seems to be that Maxon suffered tremendous psychiatric damage in childhood6, which set him on a “tortured journey” in which, through art, he emerged victorious having achieved “a life of freedom, spontaneity and creativity.” (This mirrors Maxon’s own view, which is that his quest had been for “individuality” and “freedom.”

Adele looked at me.

“These rituals,” I explained, “the meditating and diet, seem pretty iron-binding.”

“You probably carry a different definition of ‘freedom,’” said Adele. “If it brings Maxon that feeling, who’s to say he’s not having it and lucky to feel that way.”

While I was working on these thoughts, Frank Bruni opined in the Sunday Times about the implications of the recent college admissions scandal in which wealthy parents bribed and defrauded their children’s way into desired colleges. The principles thereby instilled in these children, Bruni wrote are:

That nothing in your life is too sacred to be used for gain. That you do what it takes and spend what you must to get what you want. That packaging matters more than substance. That assessments made by outsiders trump any inner voice.

Whatever else you might say about Maxon, I thought, you have to admit he stands at the opposite end of that value scale.

I sipped my double espresso. He had told Whyte that, while money and recognition were nice, it was the “struggle” that was “rewarding.” I had to agree. Gratification came from the work. If it was good, it triggered the right chemicals in the brain. The puzzle was how to sustain the buzz beyond its initial burst. My cup was almost emptied. Where our feet start from and how they end up seems determined by so much within and without – the particles of luck and intent and beyond-anyone’s-control-or-foresight – flying about as if within a cyclotron – making comedy of plans and judgments but not ruling out the efficacy of either. You take your time; you suck up information; you place your bets so each leg goes on forever. 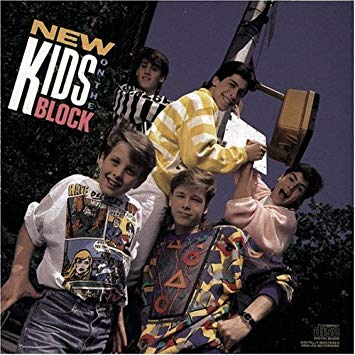 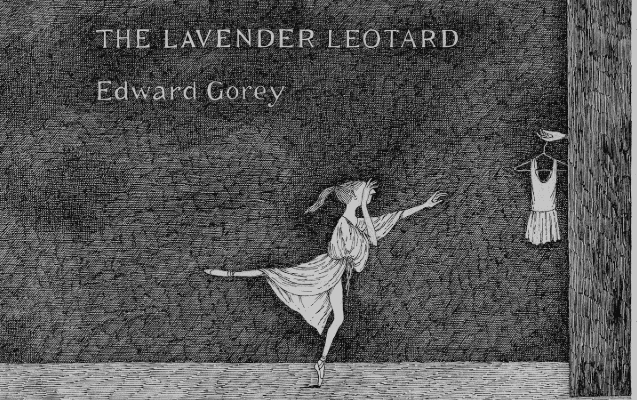