[Note to readers: Jess Johnson was a transgender artist. I wanted to get the pronouns right for this obituary.  Jeff Johnson transitioned to Jessica Johnson in the early 2000s, but then in 2010 started calling herself Jess—an ambiguous compromise between Jeff and Jessica. Jess wrote me in 2013 and said she had “ventured into what i consider a sort of genderwhatever state.” Normally, I’d just call an artist up and ask them what pronoun they would like me to use. Since tragically I can’t do that now, I will call Jess “she” here.]

Comics artist Jess Johnson died March 27 at the age of 45. Johnson is probably best known for her 1994 series, Nurture the Devil, published by Fantagraphics, as well as for the many stories  published in various anthologies like Zero Zero, Top Shelf, Blab, Buzzard and Dirty Stories. In recent years, Johnson has collected her work into personal anthologies available via her own online venture, Matterhorn.

Jeff Johnson was born in Ohio in 1970 and grew up in Marietta, Georgia. She described growing up as “a golden childhood of love and affirmation” before a confusing and alienating adolescence.  When Johnson was interviewed on Inkstuds in 2013, she said, “When I was 13, I knew what I was but I didn’t know what to do with that information. So I sort of buried it. I basically spent the next 17 years talking myself out of what I knew. I was in a relationship for a long time. That was one way of hiding from the simple fact I had seen when I was 13. There was no internet back then. I grew up in a really right-wing suburb of Atlanta. Newt Gingrich lived down the street. It was not really a place to have these kind of thoughts.”

Johnson was attracted to the comics form as a child, particularly comic strips. In the Inkstuds radio broadcast, Johnson explained that “The Smithsonian Book of Newspaper Comics was the one that completely possessed me. So from the time I was 10, 11, 12, I was doing comic strips.” He also did a lot of writing and drawing separately, but in her Inkstuds interview she said that she “always wanted to marry the two together.”

He made weekly trips to the legendary Athens, Georgia, comic shop Bizarro Wuxtry as a student at the University of Georgia. She drew inspiration from what she called a “new breed” of comics, particularly Dirty Plotte by Julie Doucet (who would eventually run one of his stories in her comic), Eightball by Dan Clowes and Yummy Fur by Chester Brown. It was while in college that Johnson started producing minicomics.

Her 1992 minicomic Filth was what first brought her to wide attention. I gave it an ambiguous but generally positive review in my Comics Journal column “Minimalism.” Johnson received a letter from Jim Woodring about it, which he quoted in his book Sad Brat Bad Star. Woodring wrote, “. . . it put me strongly in mind of Pasolini’s Salo, a film I have been desperately trying to forget ever since I saw it . . .” Johnson went to the San Diego comics convention in that year and introduced herself to the artists and publishers she most respected. “My goal was to have a book published by Fantagraphics, and I accomplished that before I’d graduated college,” she wrote in the introduction to Sad Brat Bad Star, an anthology of those early minicomics. 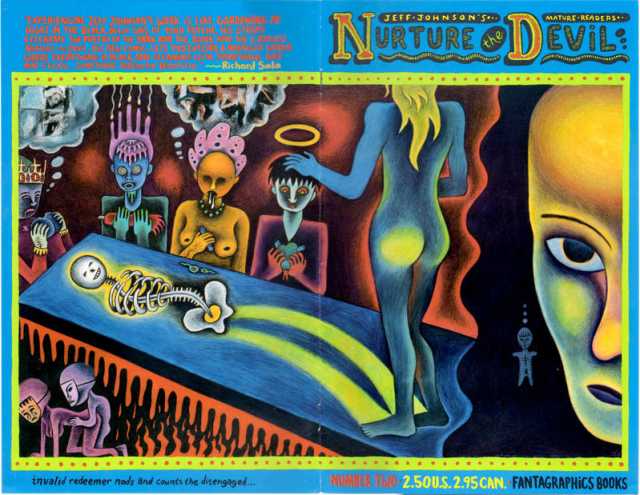 That comic was Nurture the Devil, which ran for three issues in 1994. He described Nurture the Devil as being “mostly driven by unresolved transgender issues. I turned my guilt into inky boxes of creepiness.” The next few years saw many stories in anthologies as Buzzard and Zero Zero. In 1995, Johnson became an employee of Fantagraphics, working first in the order department, then the warehouse but later as a late-shift colorist in the art department. 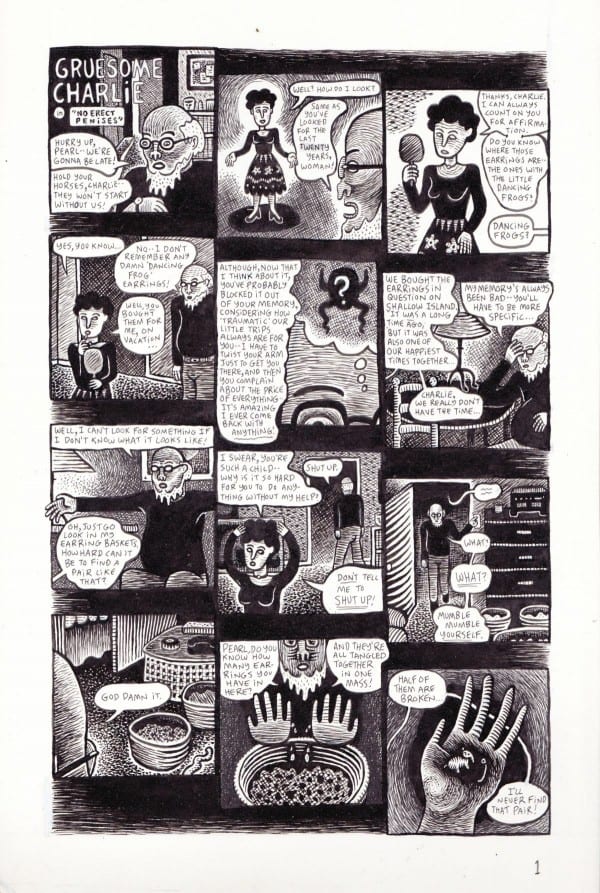 In 1997, Johnson moved back to Atlanta and married his college sweetheart Deidre “Dee” Goodman. She appeared as a character in some of his comics (for instance, “No Erect Penises” from Zero Zero #4 and “For Fuck’s Sake” from Dirty Stories vol. 1). In his story “Armageddon” (from Buzzard #13), each panel was an anagram for his wife’s name. The pair divorced in 2002 after Jeff started taking estrogen and transitioned to Jessica. Goodman died shortly after their divorce and the period after her death was a difficult time for Jessica. In 2004, she moved to New York City. 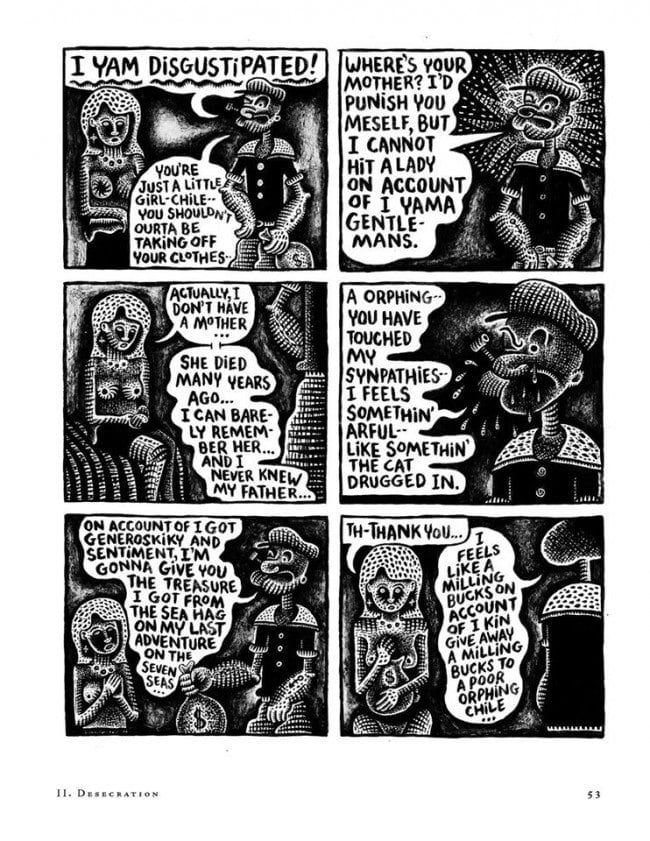 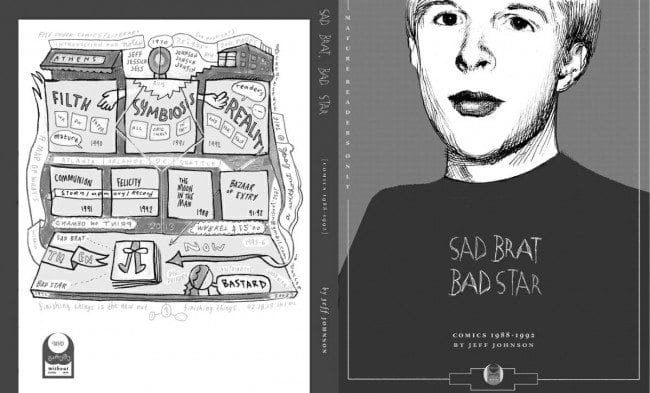 She moved back to Atlanta in 2008 and in 2010, she “decided to forsake estrogen for testosterone as part of a devil’s pact to regain my creative momentum.” At that point she started calling herself Jess. And during this period, she was indeed very productive—producing numerous self-published POD books, some collecting her older work and including extensive commentary on it. Much of this is available for free, and the rest can be ordered from Lulu through Johnson’s online store, Matterhorn. (One wonders how long they will continue to be available, though.) Johnson also was very interested in video art and quite prolific in her final years. There are 46 videos archived on the Jess Johnson YouTube channel.

Johnson’s death was announced on her Facebook page by her brother Keith, who asked, “Please feel free to post remembrances or anything that helps you grieve or celebrate the Jess you knew here. Thank you all so much for your friendship to Jess.” She is survived by Keith and her parents. 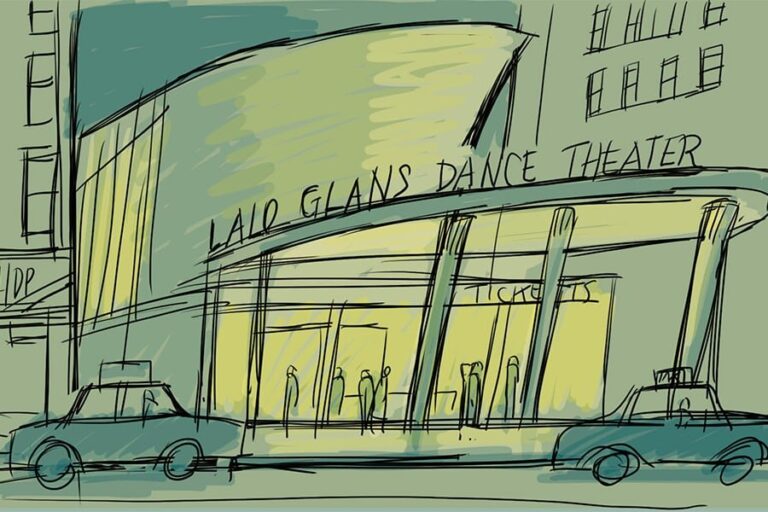 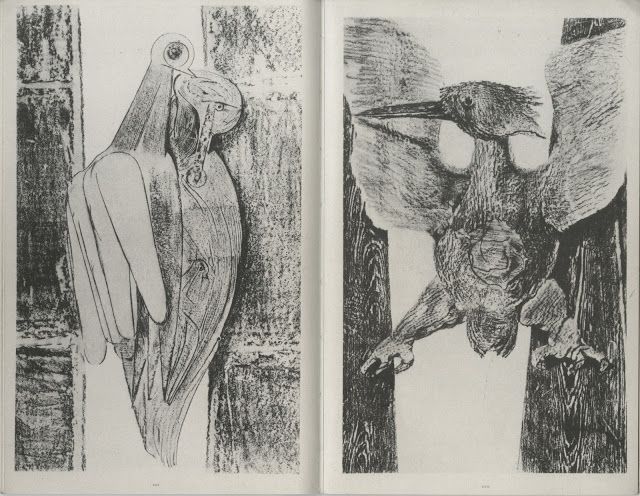