Today we bring you a classic bit of Comics Journal "Blood & Thunder", the much-discussed and hotly debated series of letters regarding James Kochalka's "Craft is the Enemy" argument, which began in 1996 in issue #189, and continued through several issues, attracting disputants such as Jim Woodring and Scott McCloud. Here's a famous bit from Woodring's letter in issue #192:

Kochalka, you are wrong. Craft is control; it is the ability to create according to one's intentions, not in spite of one's limitations. Imagine saying that a writer doesn't need to know how to write, or that an architect need not be concerned with "craft." Well, I can imagine you saying it.

Was your point that craft without content is not great art? Well, no shit. Everyone knows that. Craft fairs not your cup of tea? Tut tut.

To describe Pollock and de Kooning as artists who were great despite a lack of craft is absurd. They may not have been great draughtsmen but they both had oodles of craft as painters, which is after all what they're known for. Both men were obsessed with getting exactly the effects they wanted and they worked like demons to develop their particular crafts.

You say there is "no such thing" as good drawing. Wish it into the cornfield, Jimmy! I've got an idea; why don't you re-draw the pictures of Heinrich Kley, preserving only the ideas. We'll see what role craft plays then.

Thanks to Kristy Valenti for putting this all together.

—Interviews. Actually, there are a ton of good ones out right now, including The Telegraph's profile of Gilbert Hernandez, The Believer's discussion with Alan Moore, Michael Dooley's talk with Peter Kuper, and Paul Gravett's interview of Junko Mizuno. 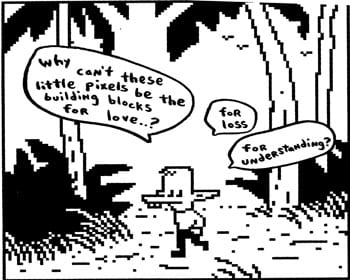 Blood and Thunder: Craft is the Enemy 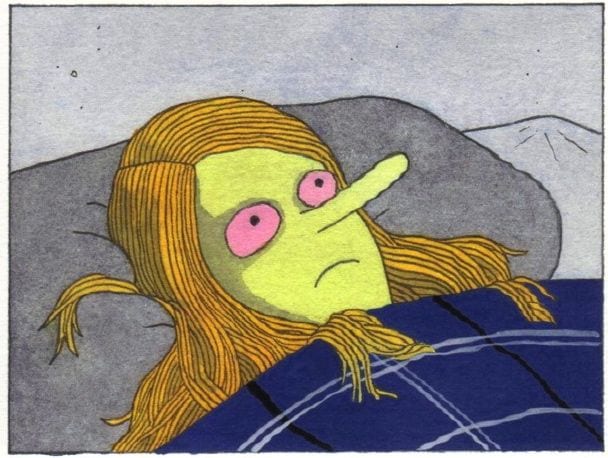