Today on the site we bring you another pearl from the archive: Alan Moore interviewed by Gary Groth in 1987. This one's about Moore's decision to cease working for DC Comics amidst the ratings controversy of the day. What's interesting here is how thoughtful and articulate Moore is on his moral and ethical concerns. And that will more or less conclude our Before Watchmen coverage. Although! I will say I found this article at Hooded Utilitarian particularly silly, even by the high standards of silliness set by this whole debate. The author for some reason includes me in a list of writers ("us"?) who somehow maintain a moral high ground because of the artists involved in these comics. Let me be clear: The list and corresponding argument makes no sense, in that, (a) I've never stated a moral position on BW and nor do I intend to; (b) the idea that different artists that the writer thinks are closer to my taste would make the project more or less palatable, is a serious misreading of the whole issue; and (c) I don't think the writers on that list would agree on a whole lot when it comes down to it. That's all. Sermon over. And no, I won't be responding in comments my excitable little trolls.

On a happier site note, we have Rob Clough on beloved former TCJ-podcaster Mike Dawson's Troop 142.

Frank Santoro is in NYC. I know this because I saw him (twice!) and he's texting me with greater frequency. We even went to the comic book store together. He's having another comic book sale at his palatial West Village studio in a building that should be seen regardless of what you may buy. Anyhow, the sale is on again this Saturday, June 16th. Don't miss it. For less than the cost of a sandwich you can be entertained by Frank AND take home a really good (or "good") comic.

MORE New York news... Friday is the final day for exhibitors to apply to The Brooklyn Comics and Graphics Festival, which I co-organize and exercise my terrifying moral high ground upon.

But it's not only about New York, I'm told. One Tom Devlin continued his comic book world tour with a stop in Oslo involving stilts, Canadians, non-Canadians, and, yes, nudity.

And finally, this dive into personal and comic book history is mind-boggling and lovely. 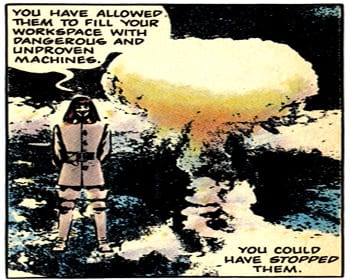 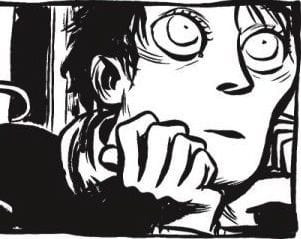 “Because They’re Present in My Head”: A Frederik Peeters Interview