Today on the site, we present Chris Mautner's interview with the young British cartoonist Luke Pearson, and they discuss everything from Scandinavian folklore to the potential perils of being typecast as a kids' cartoonist. Here's a sample:

Many of the Hilda books thus far, especially the new one, involve creatures and characters that seem menacing or meddlesome at first but turn out to be harmless or beneficial. I was wondering how conscious you were of this theme and how it ties into your desire to have Hilda avoid violence.

I'm very conscious of it and worry about how quickly that could (has?) become trite. I suspected that people might roll their eyes and take a stab at the ending as soon as the Black Hound even appears. So I try to make the details and the unfolding of that outcome as interesting and unexpected as possible. It's definitely connected to avoiding violence but also to avoiding antagonists in general. I don't particularly want to pit a little girl against some supernatural villain who's out to get her. That would change the tone of the series completely. I have one real "bad guy" in mind that could potentially come in towards the end of the series, but really I think any true antagonist of Hilda's would just be some other kid. I'm not against depicting violence or anything and it does occur to some extent. The Nisses are pretty violent towards each other, the elves trash Hilda's house. I tried to show that the Hound is dangerous; it's not a misunderstanding or anything. I'm inclined to finish each book on a positive note because they're standalone stories and everything needs to be resolved in some way. I just don't want the resolution to ever be Hilda bashing some evil creature's head in and for that to save the day.

Also, Joe McCulloch has the first of our two planned SPX reports. Here's Joe, in his inimitable style.

—News. A parent protested the availability of Persepolis to high-school students at an Oregon school board meeting. (Via)

Popular comics blogger and retailer Mike Sterling has decided to open his own comics store.

Bleeding Cool has a story about a petition signed by cartoonists including Art Spiegelman, Lewis Trondheim, Mattotti, and Posy Simmonds regarding the treatment of former Angoulême director Gilles Ciment.

—Interviews & Profiles. J. Caleb Mozzocco has a short profile of Gilbert Hernandez (who already has another book coming out) over at the Las Vegas Weekly.

Until recently, I missed that the often excellent Canadian literary site Hazlitt has a podcast, which often interviews cartoonists. This week, its guest is Michael Cho.

Rob Clough offers his thoughts on how SPX has changed during the Warren Bernard era.

Dan linked to this Alexander Chee piece at Salon yesterday, and I've seen a lot of comics people posting it on social media approvingly. In it, Chee talks about the Roz Chast National Book Award nomination and the Alison Bechdel MacArthur grant and discusses how often literary award jurors express difficulty with knowing how to evaluate comics in a literary context. While I absolutely agree that many cartoonists (including those two) produce work at least as artistically complex and worthy of celebration as that of the prose works nominated for awards, I also think those nameless jurors have a point: comics is a different art form than prose. In a sense, nominating a graphic novel in a category dedicated to prose novels is like nominating a film in an award category devoted to live theater. Chee elides that point and attacks only the straw-man argument as to whether or not comics are worthy. I want to be clear here that I do not in any way think Chast is unworthy of nomination (I haven't read the other books nominated, but bet hers would be one of my favorites if I did), and the Bechdel award is obviously okay considering the eclectic nature of the MacArthur grant. But there is something odd about a comic competing against prose books—they work in extremely different ways—and I don't think it does anyone any favors to pretend people who notice that are somehow ignorant. It's ignorant to pretend otherwise. Chee undoubtedly knows this on some level, as is indicated by his remark implying that someday comics should have award categories of their own. Until that happens, confusion is going to be impossible to avoid. 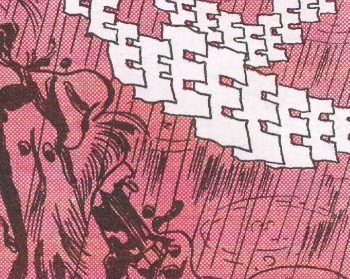 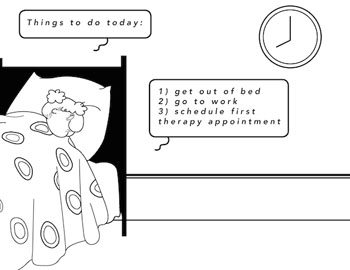