It's Tuesday, which means it's Joe McCulloch day, and today he's got not only highlighting the Week in Comics' most interesting releases, but also writing in depth about the creator of some of the most uncomfortable manga ever made, Suehiro Maruo.

It's also the second day of the Cartoonist's Diary of Faith Erin Hicks. Today, she's on the way to Stumptown.

Elsewhere: Not so much.

—Devlin Thompson at Bizarro Wuxtry has some great photos of Peter Bagge and Daniel Clowes's Hateball tour, which took place twenty years ago.

—Graeme McMillan notes that despite Marvel's recent claims, Avengers: Endless Wartime is hard to justify as “Marvel’s First Original Graphic Novel." Does the phrase "graphic novel" really have such fetishistic power that it's worth making bald-faced lies like that? 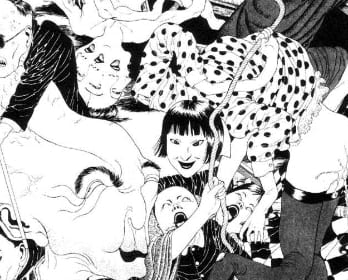 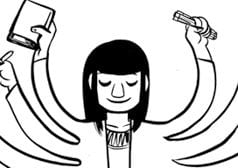