Today on the site sees the long-awaited return of Ken Parille with his latest Grid column. This time around, he considers "the plight" of contemporary superhero comics.

The “comic-book movie” is perhaps our most significant form of mass entertainment. Superhero movies generate fan obsession, extensive media coverage, lots of think pieces, and tons of money. The comic book itself — a humble medium of ink, paper, and staples — has fared less well. Once the home of million-selling issues featuring an array of realistic and fantasy genres, it now serves mainly as an antiquated delivery system for formulaic tales about super-beings read by a dwindling audience of devotees.

When compared to its film offspring, the superhero comic book, though certainly not dead, feels a little exhausted. Writers and artists fight with the genre’s core clichés, unsure how to play things: serious and relevant (superheroes, they say, are essential myths for our time), or cutesy and comedic (if the genre is tired, let’s just have some fun with it!). Visually, the superhero comic has been struggling against its format for decades, but never more so than now. Many artists suffer from “film envy”: though confined to little boxes on small pages, they try (and inevitably fail) to capture big-screen-style drama. With limited distribution, weak sales, and the growing possibility that a comic may lead to a lucrative TV or movie deal, the safe bet is on the familiar: crank out another high-drama fable, reboot or revive a character, rewrite a classic, etc., etc.

Satisfied with narrative, visual, and verbal tropes stale since the early 1960s, most superhero comics have no interest in testing the genre’s boundaries. But several writers, artists, and cartoonists — some working for corporations and some independently — are self-consciously breaking from the past. They twist standard plots, reimagine superhero visuals by way of an underground aesthetic, embrace new kinds of characters, or blend genres in strange ways. In the midst of so much aggressive mediocrity, their work offers hope for a troubled genre.

Tom Heintjes: So, how does it feel to have gone from AACK to AARP?

Cathy Guisewite: [Laughter] I don’t think I’ve heard anyone refer to it quite like that.

Heintjes: Has the reality of retirement set in?

Guisewite: The shocking thing to me is that there’s still plenty of AACK in my life [laughter], despite the fact that I’m now into the AARP phase. There’s just an endless amount of stuff that fills up the time I used to spend being panicked about the strip. Now I feel panicked about other things. The big thing, though, is that doing a strip really sets the rhythm of the week. There was a very specific rhythm, from mild hysteria to complete hysteria [laughter] to 15 good minutes at the end of the week, after I’d sent everything in, and then the gentle hysteria would set in again. So that rhythm is gone, it was extremely disorienting. I’m not whining—believe me. That would be repulsive to anybody reading this. But it was very disorienting not to have that rhythm of panic guiding my every moment.

Heintjes: What have you found to make you feel less unmoored?

Guisewite: One of the reasons I retired from the strip was that my daughter was starting her last year of high school. And I also really wanted to spend more time with my parents, who live in Florida. I wanted the experience of being a real, full-time mom for one year of my daughter’s life. And I did exactly what I set out to do in that way. I’ve been present for both my parents and my daughter in a billion ways that I wasn’t before, and it’s honestly been a really, really happy and fulfilling year, and I’m unbelievably grateful that I’ve been able to do it. I feel that this year with my daughter has been priceless. She actually leaves the week after next for college. There was a lot I missed with her because I was always worrying about my deadlines, so I’ve tried to smash 19 years of stuff we didn’t do into the last year, and it’s been great

Experimental and underground artistry is the norm at Desert Island. Look through the Williamsburg store’s plywood shelves and you’ll find glossy paperbacks as well as photocopied-and-stapled booklets with a D.I.Y. aesthetic. Surrounded by ice-blue stalactite sculptures and tapestries, regulars, travelers, and fellow artists immerse themselves in visual publications, seeking escape, inspiration, or both.

Gabriel Fowler, the owner, grew up playing in noise-rock bands and digging through record-store crates in Orlando, Fla. After moving to New York in 2004 and working as an art handler for David Zwirner and other upscale galleries, he felt there was a dearth of shops in New York channeling a certain communal alternative energy.

—Commentary. The recent death of Anthony Bourdain has led to a deluge of coverage, even including several mainstream-press pieces on his involvement with comics, including a brief article in Entertainment Weekly and a remembrance by Karen Berger.

We didn’t talk about Vertigo. His comics love goes back to the undergrounds: Huge R. Crumb fan, huge EC Comics fan. Tony originally wanted to be a comic artist. He’s told stories when he was on our panel at New York Comic Con when we launched Berger Books. He was there, and it was fantastic that he made the time to schedule it to be there. On that panel, he talked about how he’s a huge underground comic fan, and he wanted to be an artist first, but his art wasn’t really good enough. He talked about how he went to some small comic show in the ’70s and he showed his work to [underground publisher] Denis Kitchen, who basically told him his art wasn’t very good. Joel was editing a underground magazine, this proto-hipster literary mag in the ’80s, and Tony had sent him some samples, some comic stuff, and Joel [Rose] got back and said, “Hey, the art sucks but the writing is pretty good.” 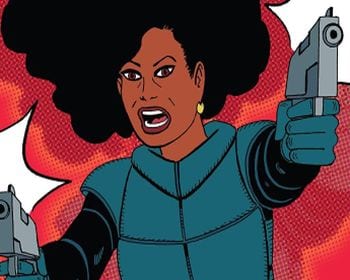 The Plight of the Superhero Comic Book 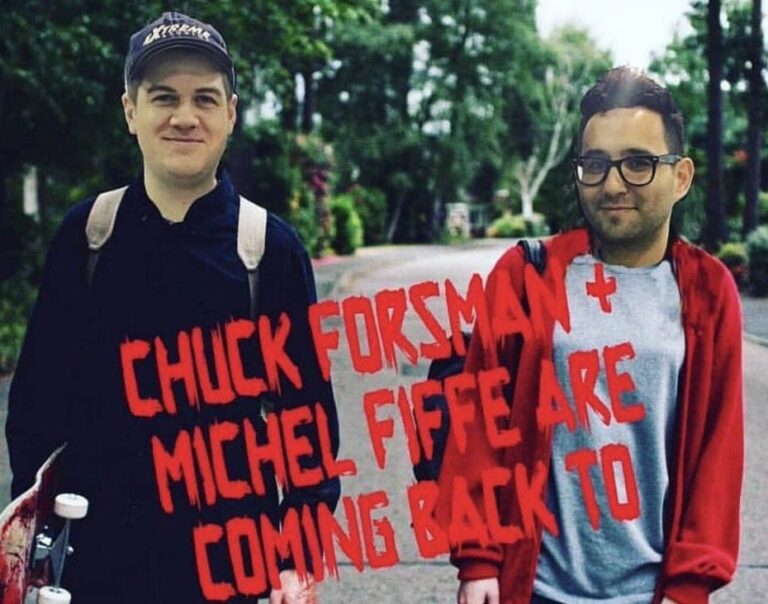