Joe McCulloch is back with another of his weekly guides to the best-sounding new comics in stores. He also reports back from this weekend's Free Comic Book Day:

Being that my local shops had maintained their unbroken streak of never, ever, ever ordering the 2000 AD sampler, I decided to give this one [The New 52: Future's End #0] a shot; lots of people had been complaining on Twitter that it embodied everything wrong with DC superheroes, and, well - I was curious to see why. Immediately, I noticed that a crew of at least 14 people -- 4 writers, 8 line artists, an "art consultant," an undisclosed number of studio colorists, a letterer and a cover artist (which adds up to more than 14, since some of them perform multiple roles) -- was assembled to produce these twenty pages of comics, but that doesn't really bother me in and of itself; Future's End is going to be a weekly series, and if you were to specify all of the uncredited parties who work on the average weekly manga serial, including editorial, you'd probably get a similar-ish number. Hell, I *suspect* Keith Giffen (a credited writer and the aforementioned art consultant) is functioning in a manner not unlike a manga editor, supervising the page breakdowns with an eye toward clarity and consistency.

—News. Another important comics figures has passed away, this time the artist Dick Ayers, just a few days past his 90th birthday. Ayers is perhaps best known for his collaborations with Jack Kirby on The Avengers and The Fantastic Four, but Westerns and war comics were his personal favorites. Ayers also published a three-volume graphic memoir of his life in comics in the 2000s. Comics historian Blake Bell remembers visiting his home here. We will have more coverage here soon.

The Doug Wright Awards Kickstarter is almost over...

—Reviews & Commentary. Paul Di Filippo ponders the changing context of Calvin & Hobbes. Michiko Kakatuni reviews Roz Chast. Joe Gross at Rolling Stone has a mostly solid list of the top 50 non-superhero graphic novels. It's always fun to argue about those. Andrew Hickey writes about Dave Sim's early Cerebus. Robyn Chapman on seriously being a micropublisher. The old-school nerd argument about what killed Gwen Stacy has made it to New York magazine. The old-school Wertham debate has made it to BuzzFeed.

—This Is an Actual Quote. From Kevin Smith's paean to Batman in The Hollywood Reporter. "We won't let Batman go because, for such a ridiculous notion, he's so easy to believe in." 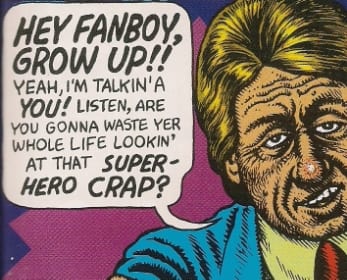 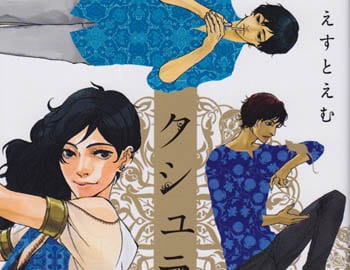 An Interview with Est Em