It also marks the return of our original webcomics columnist, Shaenon Garrity, who offers a report from the “Masters of Webcomics” panel at the Silicon Valley Comic-Con, with Jonathan Lemon, Jason Thompson, Jason Shiga, and myself, as well as Andy Weir, who started his creative career with the webcomic Casey and Andy but is much better known now for writing The Martian.

Weir’s appearance was the worst-kept secret in San Jose, and the audience began applauding as soon as he walked onstage in a face-concealing space helmet. When, at Whelon’s direction, he slowly removed it to the strains of Also sprach Zarathustra, another round of applause broke out. The ostensible subject of the panel was “How can making a webcomic form the foundation of a career in the creative arts?” and there was no doubt which of the panelists had managed it most spectacularly.

But none of us had started with the idea of building a career. Except for Shiga, who was late to the Internet, everyone got into webcomics around the early 2000s, and we all agreed we had no idea what the Web was going to be. “There wasn’t any plan,” said Lemon, who decided to try cartooning after a stint in the Peace Corps. “I deliberately started drawing with absolutely no plan, no characters. The idea was to see what developed and what I liked doing.”

—Reviews & Commentary. My co-editor Dan has outdone himself with a genuinely must-read essay in Art in America about Ben Jones and C.F.

The two most important cartoonists of their generation, Ben Jones (b. 1977) and Christopher “CF” Forgues (b. 1979), are also two of the least recognized. Working together, often under pseudonyms, they changed the form and content of comics as few other artists have, radically distorting extant storytelling genres and emphasizing experimental approaches to drawing and printing. In 1999, when both were art students in Boston, they began collaborating under the name Paper Radio. Over the next few years, they produced hundreds of works ranging from exquisite silkscreened books to photocopied zines to early Web-based graphics. The narrative forms they explored were equally varied. A Paper Radio publication could contain subversive fan fiction about the Muppet Babies, elaborate fantasy adventures, psychedelic space operas, or crude slapstick gags. All of these works circulated in small editions among an audience of like-minded artists and musicians, members of a largely unchronicled New England subculture whose aesthetic continues to seep, credited or not, into popular visual forms, from music videos to subway advertisements.

At Tits and Sass, Tina Horn and Caty Simon argue about Chester Brown's Mary Wept Over the Feet of Jesus.

Tina: When I was a teenager, I thought Mere Christianity by C.S. Lewis was the shit, because it taught me more about what the Bible actually teaches than most of the aggressive Christian kids at my high school. Mary Wept puts me in mind of C.S. Lewis: a Christian highlighting the hypocrisy of other Christians through rational interpretation of their text.

Caty: When people say that Judeo-Christian values oppose prostitution, it gets me fuming, because it’s a lot more complicated than that. There are plenty of heroic whores in the Bible, and many more Biblical heroines who explicitly had transactional sex at some point in their stories. So I enjoyed how Brown highlights the stories of women like Rahab, the prostitute who sheltered Hebrew spies from discovery when they scouted out the city of Jericho, and Tamar, the woman who whored herself out to her father-in-law in disguise in a complicated plot to expose his hypocrisy. I only wish he’d included the story of badass Judith, the woman who beheaded the general Holofernes as he lay drunkenly asleep in her tent after possibly purchasing her services, ushering the Hebrew army to victory.

Over at The Hooded Utilitarian, Ng Suat Tong takes exception to Chester Brown's Biblical interpretation skills, and Brown shows up in the comments to plead his case (and explains why he has no plans to republish his Gospel adaptations from Yummy Fur).

I seem to recall that, many years ago, Suat wrote a negative review of the gospel adaptations I did in Yummy Fur and Underwater, and I agree with his general assessment of that material. (I can’t say that I agree with the specifics since I never read the whole piece.) I’d prefer it if that work wasn’t reprinted. - See more at: http://www.hoodedutilitarian.com/2016/04/the-good-and-faithful-chester-brown-and-the-parable-of-the-talents/#sthash.RNZ0tmg1.dpuf

—News. And finally the Creators for Creators grant (affiliated with Image and Iron Circus Comics) has begun accepting submissions. 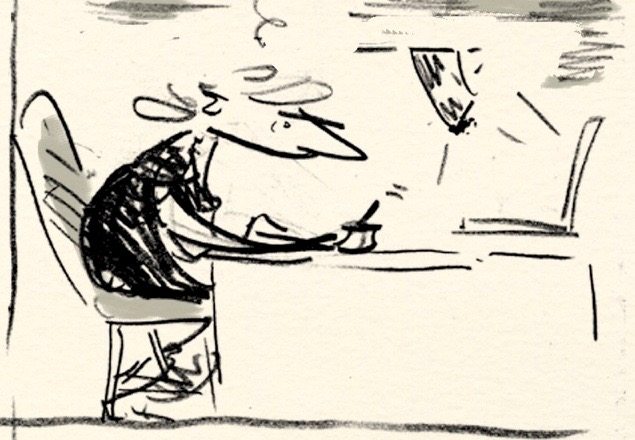 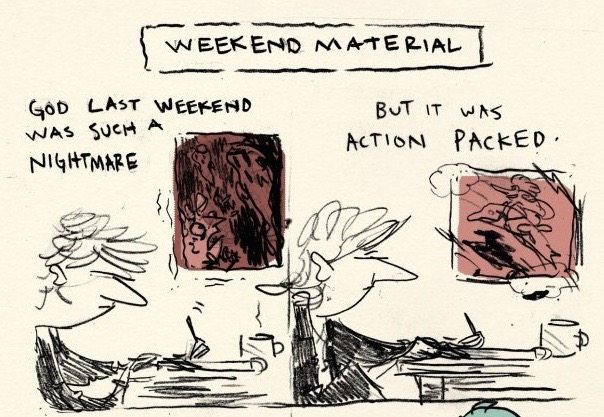