Two new features for you this morning.

First, we have Matt Seneca's entertaining and searching interview with Shaky Kane and David Hine, regarding the collection of The Bulletproof Coffin that came out this week.

Second, we introduce an audio component to our multimedia empire: TCJ Talkies, a new biweekly podcast series hosted by Mike Dawson. (Dan came up with the name, I hasten to add.) The first episode's guest is world-class ranter Evan Dorkin.

And if you haven't checked in to our post gathering tributes to Bill Blackbeard in a while, it is probably worth looking at again. We have been adding new material all week, including writing from Gary Groth, Michael Tisserand, Peter Maresca, Trina Robbins, and updated thoughts from Jeet Heer.

Kim Thompson has been working on a big upcoming collection of Joost Swarte material for Fantagraphics, and has two great posts on the translation issues involved.

There's a good short interview with Shaun Tan at literary website The Millions.

I can't remember why I saved this link to Tucker Stone's most recent roundup of superhero comics "reviews." Maybe just because we haven't linked to his blog before? Anyway, for those still caught up in the weekly capes grind (or who enjoy following it from a discreet distance), Tucker's stuff is a constant sharp reminder that doing so isn't much more worthwhile than just burning your money.

Bob Temuka compares the 3-D movie fad to the original graphic novel boom, and doesn't have very kind words about either.

Charles Kochman at Abrams (the Smithsonian collection's publisher) offers his own praise for Bill Blackbeard. (via)

Finally, I leave you with an old quote from Philip Roth making the internet rounds. I don't want to put my finger on exactly why, but it somehow seems appropriate:

"Had I been away twenty years on a desert island, perhaps the change in intelligent society that would have most astonished me upon my return is the animated talk about second-rate movies by first-rate people which has almost displaced discussion of any such length or intensity about a book, second-rate, first-rate or tenth-rate. Talking about movies in the relaxed, impressionistic way that movies invite being talked about is not only the unliterate man’s literary life, it's become the literary life of the literate as well." 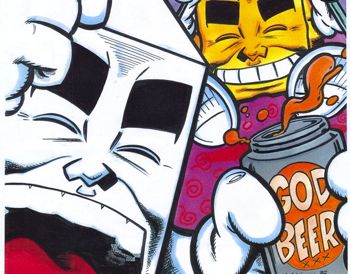 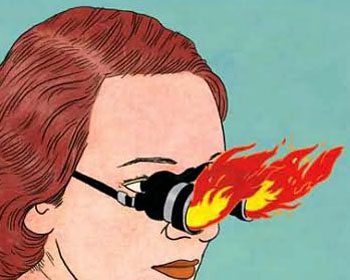 Hillary Chute and the Dynamics of Autobiography