Today we've got a special Friday surprise: Matt Seneca is here with a look at Barry Windsor Smith's Weapon X.

Maybe the biggest part of what makes superhero comics so unpalatable to the uninitiated (and vice versa) is how referential they are, how enamored every panel is not just with contributing to a larger construction, but with its consciousness of doing that. Part of this is simply good salesmanship, but I think it's more due to the fact that guys who make superhero comics really really love superhero comics. Like stoned stoners talking about getting stoned, they just can't resist bringing up that other time when, and the people who were there, and how much, and why. Reveling, stewing sweetly in their own juices. Weapon X feels very different. Here is a superhero comic that seems not just to dislike superhero comics but to truly hate them - coldly, furiously.

Today sees the fifth and final day of Ian Densford's Cartoonist Diary, which sees him exploring the natural world. Thanks for stopping by, Ian!

Fiffe is obsessed with depicting motion, breaking his battle sequences down so they seem like they’re moving in slow, “bullet time” or arranging them so everything appears to be frantically fast. He often distorts things to the point where the action breaks down to pure abstract shapes, only to reform once again into recognizable figures. His use of color is extraordinary.

Over at io9, Evan Narcisse spoke with Ann Nocenti at length and in detail about Seeds, her new comic with David Aja...and her work with John Romita Jr., which has become the Paul's Boutique of Daredevil runs.

Now, I think I bury it deeper. Back then, I always tried to show both sides. I never would say, “Here’s these eco-terrorists and they’re dumping oil to stop a corporation from dumping oil in a river.” I always tried to show both sides, and now I’m letting it seep in a really different kind of way. It’s all subtext. Like, there’s an animal rights angle coming up in the next issue [of The Seeds]. I did an animal rights story in Daredevil 30 years ago that was too heavy-handed, in my mind. I go back and read those comics and go like, “You know, you should have kicked some sand over those ideas, Annie.” Now I’m still trying to kick more sand over it, but they’re still things that obsess me.

Not only is the audience made privy to her every desire, Franz drowns the reader in layer upon layer of Selma's dream life. Fantasies, dreams, and hallucinations all blend together creating narrative callbacks that provide surprising levels of coherency and connectedness. All throughout the book, a sharp contrast is made between living the life of a primitive and living in the frequently alienating modern world. That distinction often becomes an absurd one and creates much of the book's outrageous humor. Being disconnected from the civilization of conspicuous consumption is not only a sign of weakness in Selma's imagination; it's a sign of being less than human.

If that isn't enough Chicken Enemy for you, the site's editor can be found over at Comics Bulletin, in a wide ranging and heartfelt conversation about why comics criticism is so important to him.

I initially started writing about small press comics around 2012 because I had discovered so many wonderful books, and I just wanted to talk about them with other people. To my dismay, I found myself having a hard time finding people with whom to have those conversations. So much around the genre is focused on superhero comics and very little bandwidth was given to these “shitty little stapled Xeroxed things” that were so intensely personal and heartfelt and beautiful. So I thought, maybe if I write about them, more people would read them, and then I could talk to people about them. I’m selfish like that. 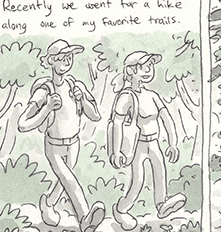 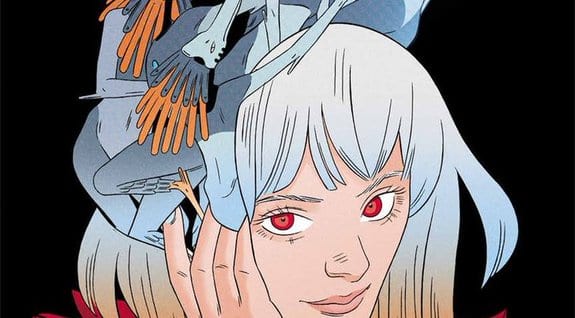