Today at The Comics Journal, we've got another early look at one of the fall's more anticipated titles: Britt Wilson's latest with Koyama, Ghost Queen. Get in on the hotness now, otherwise you can't condescend to latecomers.

If you'd been wondering why L. Nichols was putting himself through cross-country flights with small children, today you'll get your answer, the best answer of all: love. The latest chapter in his Cartoonist Diary awaits!

Today's Comics Journal review sees Martyn Pedler reviewing a hardcover comic release from a major comics publisher about Nazi Germany in the days prior to World War II, but no, it's not Berlin by Jason Lutes, which we reviewed yesterday. Instead, this is John Hendrix The Faithful Spy: Dietrich Bonhoeffer and the Plot to Kill Hitler, which has been collecting a whole laundry list of the kinds of pre-release accolades that make a big difference to traditional bookstores and libraries. It's an interesting prospect, the thought that this book--an easy on the eyes, sub-200 page hardcover pulsing with the simple stylistic constructs that often appeals to readers new to comics in part because they aren't really comics--has every potential of being talked about in the same breath with Lutes' massive, career-defining and defiant magnum opus despite the vast chasm of aesthetic weight and obvious bone-in effort that differentiates them, simply because of the timing of release and the ease of their pairing. Pedler gives it a fair assessment, at least.

In fact, the only real sense that The Faithful Spy is a book for young readers comes with Hendrix’s editorializing – like that word “chillingly”, above. After explaining Hitler’s plan to take over Germany and eradicate the Jewish people, Hendrix gives over a whole page to explain “These were horrid ideas.” Does he not trust his audience to see how horrific the Nazi regime was? Or is this just how we have to talk today when the fact that Nazis are bad seems distressingly up for debate once more? I’m not sure.

While i'm on the subject of Berlin, here's the ultimate throwback: our original review of the first issue, published back in 1996. (I was but a boy at the time, and my knowledge of comics geography went no further than Blüdhaven.) Written by Christopher Brayshaw, it includes choice bits of we'll-see-how-this-goes, but more than that, it's a beautiful snapshot of Jason's subtle experiments, and reading it again--knowing that neither critic nor creator would know how long the road had begun--is a real treat.

I find myself less interested in the story's characters than in Lutes' thoughtful play with different kinds of pacing. Coming after Jar of Fools' bravura pacing, this can't help but feel like a bit of a letdown. But Lutes' commitment to experimentation and to refining his storytelling techniques bodes well for his continued development as a cartoonist. I'm consequently willing to accept my minor reservations about Berlin for now, in return for the more innovative work that Lutes' present experiments promise in the future.

Over at Hyperallergic, Dominic Umile takes a look at Oliver Kugler's Escaping Wars and Waves, a collection of his illustrated profiles subtitled "Encounters with Syrian Refugees".

Kugler’s process yields peripheral cartoon-like spot illustrations, like those supporting street vendor Claudia’s story on Greece’s Kos Island, where tourism declines and refugees sleep on trashed cardboard. For Vian, whose imprisoned activist husband hasn’t met his infant son yet and whose glassy doll-eyes are trained on the reader, Kugler utilizes captions, oversized header type, and word balloons, too. While the work isn’t always labeled as such and is far more venturesome than what is being produced at mainstream comics publishers, Escapingowes as much to the tradition of comics and sequential art as it does to journalism.

Monir is an amazing talent. As a cartoonist, she’s developed an instantly recognizable conceit that’s way more versatile than it seems on first blush. Her work is always, it seems, about how video games and computers work their way into you. But what each comic is about emotionally feels particular, never rehashed. In her body of published short works, she’s nailed the sweet, the grotesque, the bitter, and the mournful. 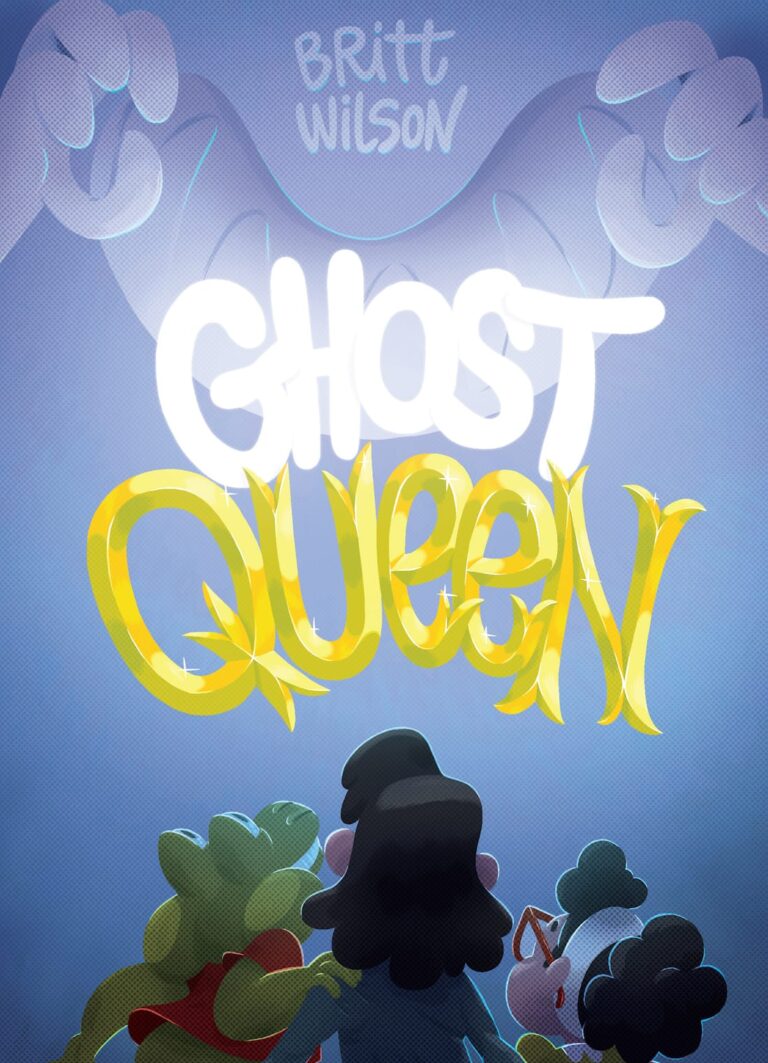 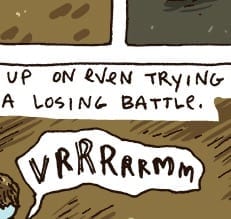