I recently asked artist David Mazzucchelli about the forthcoming reprint of Batman: Year One, set for release March 14 from DC. David told me the following:

DC just sent me this book last week, and I really hope people don’t buy it. I didn’t even know they were making it, and I don’t understand why they thought it was necessary —  several years ago, DC asked me if I’d help put together a deluxe edition ofBatman: Year One, and Dale Crain and I worked for months to try to make a definitive version. Now whoever’s in charge has thrown all that work in the garbage. First, they redesigned the cover, and recolored my artwork — probably to look more like their little DVD that came out last year; second, they printed the book on shiny paper, which was never a part of the original design, all the way back to the first hardcover in 1988; third — and worst — they printed the color from corrupted, out-of-focus digital files, completely obscuring all of Richmond’s hand-painted work. Anybody who’s already paid for this should send it back to DC and demand a refund.

I asked if he'd contacted DC, and David explained that he "wrote letters and sent emails to the president, both publishers, and the editor in charge of special editions. No response." I asked about his forthcoming Artist's Edition of his Daredevil work, and he replied, "Scott Dunbier has been in touch with me from the beginning; I supplied all the scans of the artwork."

This seems like a ridiculous and avoidable mistake by DC since, indeed, they had a willing collaborator in David, but somehow it's not terribly surprising. 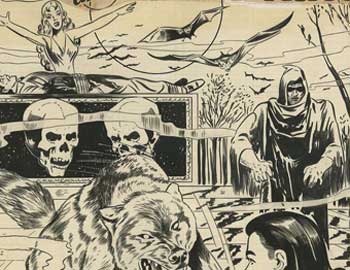 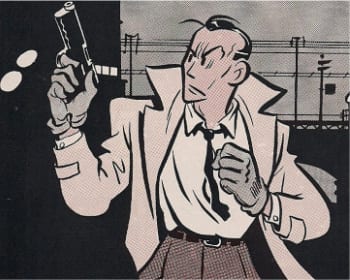