Today we bring you a classic: The Fiore/Pekar Blood and Thunder letter exchange of 1989 and 1990. Publishing this chestnut feels like watching Scrooged on Christmas. Kristy Valenti gives us some context:

The grand tradition of the flame war as a snapshot of the pressing issues of the day and as a catalyst for criticism that has its own literary worth is not new. (For the 1730s version, check out Jonathan Swift’s “The Lady’s Dressing Room” and Lady Mary Wortley Montagu’s “The Reasons that Induced Dr S to write a Poem call’d the Lady’s Dressing room.”) At its best, before the Internet was widespread, The Comics Journal letter pages, dubbed “Blood and Thunder,” served essentially as a message board for the comics community. It was a forum where cartoonists, fans, critics and professionals debated and dissected every development — aesthetic and commercial — in the medium at the time, whether it was the formation of the Direct Market, Creators’ Rights, “writing for the trade,” or “craft is the enemy of art” (or simply trolled each other: The insults in the great R. Fiore/Kenneth Smith showdown got positively Shakespearean).

I have a softspot for 1987's Return of  the Skyman, drawn by Steve Ditko. This issue contains Ron Frantz's account of searching for Skyman-creator Ogden Whitney. Most of what Ron found remains all we know of Whitney. Ogden Whitney and Steve Ditko: The only cartoonists I'd like to have met.  Anyhow, Bob Heer kinda likes it, too.

It's cartoonist and TCJ-contributor Eddie Campbell talking over at The Beat.

And to send you merry into the weekend, "The Perils of Pauline," Renata Adler's 1980 take-down of Pauline Kael. I'm not sure if this piece has just been posted online to coincide with the reissue of her novels, or if it's been up awhile. Whatever. She has so much to say about critical writing, all of it worth considering. 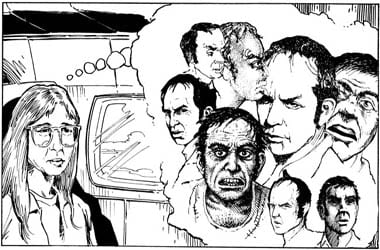 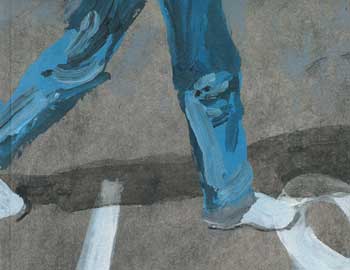 Robert Weaver and the Pedestrian View