Mimi Pond’s previous book, Over Easy,shows her fictionalized autobiographical self, Margaret, coming into her womanhood in the crude but charming Imperial diner. Her new book, The Customer is Always Wrong, picks up midstream in the Imperial’s day-to-day life where a now competent Margaret easily slides through the diner’s usual routine: sex, drugs, and coffee-slinging. Early in Customer, Margaret sets up the conventional expectations of adulthood – going to college, getting a house, marrying your high school sweetheart, and popping out a lot of kids – then thwarts these expectations at every turn in a quest not just to come of age but to find her identity. The diner’s colorful backdrop – an operatic theater set for high drama, as she refers to it – sets Margaret on track to exploring every last inch of her alter ego, Madge, and defy such conventional life choices: “I went out and slept with the first wacked out hippie I could find.” Pond’s Customer asks: What is right or wrong for our lives, and who decides? What’s the difference between what you think you want and you really need? Right or Wrong, those decisions make up our story.

Here is absolutely amazing essay by Cullen Murphy about the cartoonist-haven of Fairfield County, CT in the 1950s and 60s, where the author grew up with a cartoonist father. This is an excerpt from a forthcoming memoir of the time and place.

Unlike actors or sports figures or reality-TV stars, they were never stopped on the street. They didn’t have a “gal” to protect them or “people” to speak for them. Semi-domesticated, they depended heavily on their families, especially wives, who in many ways held the entire enterprise together, from basic finances to rudimentary social cues. (Joan Browne would say “Xyz” to Dik whenever he emerged from the bathroom—“Examine your zipper.”) Life was interrupted mainly by mundane chores. More than a few collectors have bought original comic strips and found notations like “prescription ready” or “diapers, bologna, Chesterfields” in the margins. The working environment of the studio was a private place that tended to take on the idiosyncrasies of the occupant. There was always a lot of headgear strewn about. Mort Walker kept his old army helmet on a shelf, and on the wall hung a map of the United States with pins for all the papers that published “Beetle.” Dik Browne sometimes wore a papier-mâché Viking helmet made by one of his sons (and he looked like Hägar even without the helmet). Those who drew dramatic strips, like “Rip Kirby” or “Brenda Starr,” as opposed to the humorous bigfoot strips like “Hägar” and “Barney Google,” generally kept a lot of costumes around, along with filing cabinets full of scrap—pictures, torn from magazines, of cars, horses, swords, Arabs, sportsmen, guns, swank apartments, and memorable faces (Auden, Arendt, Dirksen, Hepburn) or extreme states of emotion (anger, agony, insanity, sorrow). To capture specific poses of people in action, my father bought a Polaroid Land camera in 1949—the sole instance in his life when he was an early adopter. He took thousands of pictures of himself, his family, and any neighbor you’d look twice at, directing each tableau like a backyard auteur. (“That’s not ‘happy.’ I want to see ‘happy.’ Let’s do it again. HAPPY!”)

And finally, Matthew Thurber has released the final issue of his five-issue epic, Art Comic! 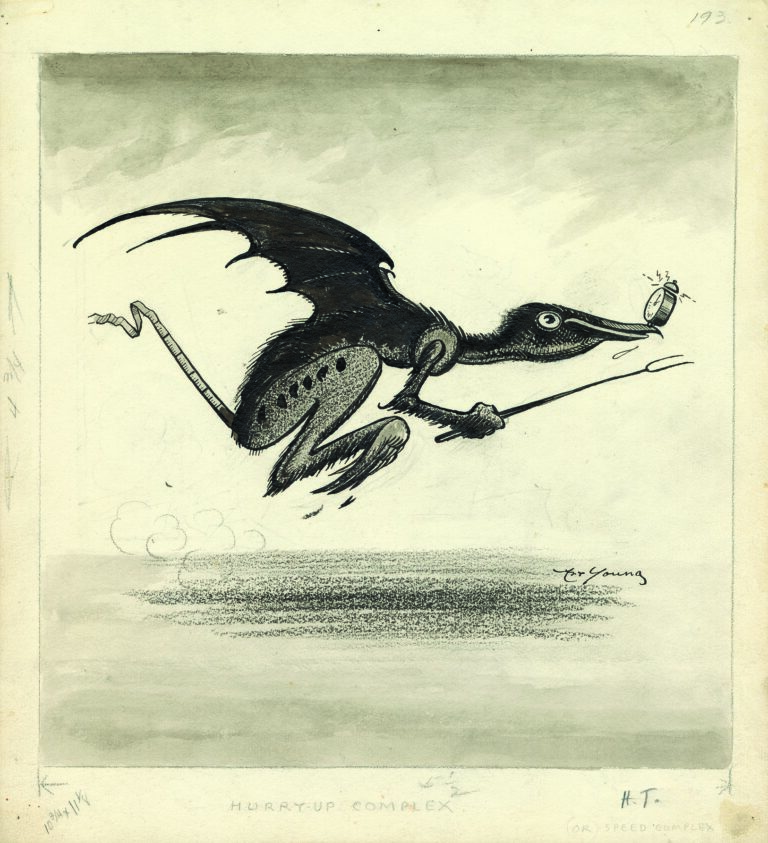 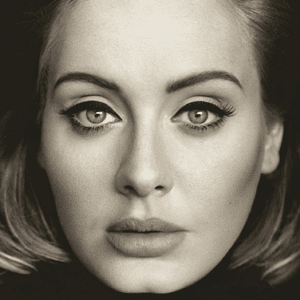 Don’t Go Into The Marsh