It's 4th of July weekend. I am ready to get fucked up. School's. Out. For. Ever.

The summer solstice passed and there was a big eclipse and that always signals a shift. The year is half over. Have you noticed the light is now a "fall light"? We've gone past the tipping point. And my girl is visiting from Tulsa where she has been taking care of her mother who is very ill. And I am under deadline for two different gigs. And I don't have access to a scanner this week. And Dan told me to "get into character more" for my column — so you're getting a color riff this weekend, dear reader. No real workbook exercises, just a rant about coloring comic books.

Here in my house in Pittsburgh, I do not have a computer. I can check emails on my cheapo pay-as-u-go phone but that is about it. I don't like to have a computer with internet access in my house studio where I work. It's too much of a distraction. If I need to use the interweb, I drive up to a nearby cafe. If I need to scan stuff, I drive way out to Jim Rugg's house to use his big 11 x 17 scanner. Jim is very patient with me. And kind.

So, for me, when I am making color comics at home with no computer, I am trying to do everything on one board. The goal is to do as little post-production as possible on the computer. No more separate layers like with Cold Heat because I would still have to scan all those layers in and assemble them as channels in Photoshop. In the old days, you could just give those separate layers to the printer. These days, ideally, I just want to scan my finished color pages and make the slightest adjustments in Photoshop to create files for the printer. Ideally, it is the same process as going to Kinko's and making a zine on the color copier.

If you got a gig doing a one page color comic - but didn't have access to a computer with Photoshop, how would you make the page? Would you use colored pencils? Colored markers? Gouache? Watercolor? Acrylic? Cut colored paper? How would you do it?

It's a tough call. Maybe you would draw the page out in pencil first. Ink it so that you have a clean page. Go to Kinko's and Xerox that page and then color the Xerox with some colored pencils to give you an idea of what you want to do. A color guide.

Then you could take your inked black and white page and color it with  markers. Right on the original inked page based on the color guide. Or you could just color the Xerox with the markers - so in case you mess up you wouldn't ruin the inked page original. The Xerox of the plain inked page usually looks just as good as the original anyway. And a scan of a hand colored Xerox usually looks fine. (This is what Ben Katchor does when he adds gray tones or color to his strip. He draws it "in straight pen," makes a Xerox of the strip, and tones or colors the Xerox copy. Although, now in his latest collection, I can tell he is using a tablet to add tones in some strips.)

The other thing you could do is a sort of homemade "blue line" process. Take your penciled or inked black and white page and copy it on to acetate. Then go over to the color copy machine and go into the CMYK color adjustment. Turn down all the colors except the Cyan (blue). Copy the your penciled or inked black and white page on to the card stock in light blue ink. Then tape the acetate layer to the top card stock layer so that there is a hinge, making sure that the two layers line up. Now you can color the bottom layer, and pull down the acetate layer to see how the inked page lines "contain" the color. (You could also just draw in ink on the acetate and make a separate color layer on card stock without using a color copier.)

The difficult thing for me to accept in these processes is still that I am not composing directly in color. When I make paintings, I just start painting in color. I'm not drawing a vase of flowers in pencil on the canvas and then coloring it in like a coloring book. It's more about finding relationships between the colors without relying on "containment" lines to guide me.

Understandably, comics is a different animal than painting. But, what is interesting to me is that most color comics are composed nowadays on the computer, where one could compose directly in color. The processes of drawing and coloring in comics was separate in the past because they had to be because of the technology. But now, especially with the Cintiq, one can draw "in color" and change colors at will just like one would change colors in painting.

I don't think everyone colors on a Cintiq or anything but it is a little strange to stand around the comics shop and look for some color comics that are composed in color. To my eyes "most" color comics I see are drawn in exquisite black and white detail first—just black lines on white paper with no grays—and then colored afterwards like a coloring book. I call it the stained glass effect. The black lines come forward on the picture plane, and so the colors have to model from light to dark in a fairly extreme fashion to have any subtlety. I'm overgeneralizing, but you know what I mean. There are plenty of painted comics but the norm is still to separate the processes of drawing and applying color, and in essence to always build from dark to light as opposed from light to dark.

I do see a few folks out there in comics who are using tablets to do some interesting thing—like Frazer Irving and Kyle Baker—using less heavy black lines and fore-fronting relationships between colors in a different way than most. To me, this is a promising development because it allows the drawers to be the colorists. There is less of a separation between the layers of production. It's a more unified vision.

But again, relying on technology like that to make a comic means that if for some reason you don't have access to it—or if your system crashes—what would you do? If you had to make a color comic by hand—how would you do it?

I think it's helpful to practice drawing in color with a wide range of mediums. Watercolor, acrylic, oil. Markers, airbrush. And I mean drawing, not necessarily painting in full color. Try drawing lines with different colors. Look at the sketchbooks of, say, James Jean, you will see that he makes a lot of line drawings in different colors and in different mediums. He is playing around with different visual planes because the different colors create layers. Green or red lines will recede beneath a black line. He's drawing, but he is thinking in color. He seems very comfortable switching between black lines and color lines, and I think it helps him "see" how he might compose his color work better than just always drawing in black and white

Comics is tough because so much of it is about preparing the files on the computer for print (or as a web comic) that we all get locked into our systems of getting the comic made into a computer file. In the end, it's about pixel manipulation. That's fine. But, but, but—how would you go about making work in color if you couldn't use Photoshop? Are you comfortable playing around with colored markers, colored pencils, etc? Would developing another system for yourself break you out of habits that you didn't even know you even had? Ask yourself, why is that?

And in case you are wondering, I do ask myself why I am adverse to doing my color work in Photoshop. Mostly, it's because I am a part of that generation of cartoonists who learned everything the old fashioned way before Photoshop was around. And also, I was always broke and couldn't afford a fancy computer set up—and so I developed my coloring style without it. But, now after seeing Moebius draw at Angouleme on a Cintiq, I do ask myself if that is something I should pursue. The idea of "painting" on a screen without any scanning sounds awesome. I think it would be a good skill set to have. And I am working on being less reliant on folks like Jim Rugg to guide me through Photoshop when I need it. Maybe someday, I'll be able to afford one, or borrow one. Geez, this sounds like a therapy session. Forgive me. Don't feel like I'm saying, "You gotta do it the old fashioned way." That's not what I'm saying this week. I'm just asking, "What if?" What if you didn't have access to a computer? How would you make a color comic? Just riffin'. Over and out. 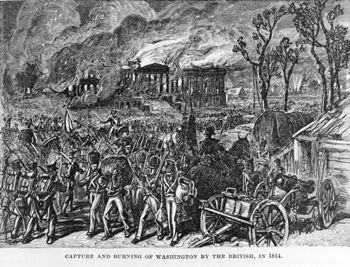 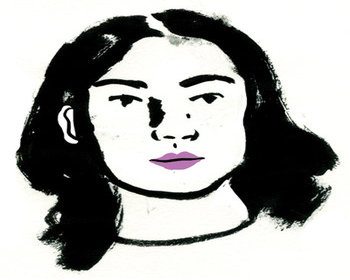