As Jason Shiga once said, on the Internet color is free. But it still costs money in the real world, which may be one of the reasons it’s taken so long for Jenn Manley Lee’s Dicebox, which is among other things a luminously colored webcomic, to see print. Another factor, surely, was Lee’s determination to wait until she had drawn the entire 300-page first volume of her planned four-volume epic before publishing. But now, with the help of a healthy pre-order campaign, the stars have aligned, and Dicebox Book 1: Wander is a thing that exists and makes the universe better. 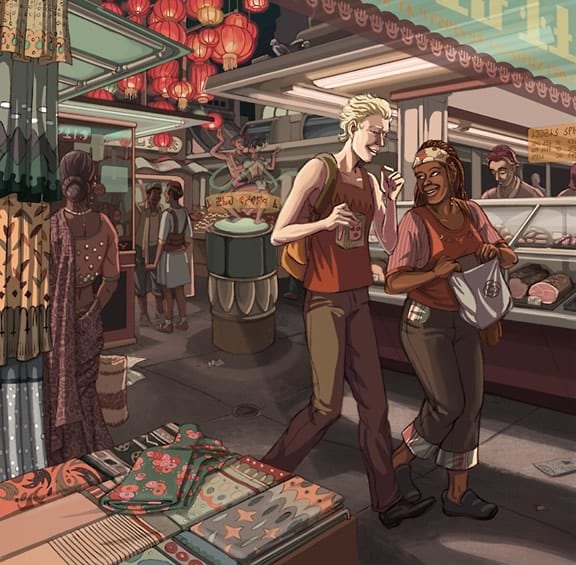 Dicebox is one of those comics that make me grateful for the Internet, because it’s hard to imagine concepts this unique surviving and thriving anywhere else. Can you imagine a print comics publisher hearing a cold pitch for, say, Dylan Meconis’s Family Man—it’s sort of a werewolf comic, see, except there’s only occasionally wolves or witchcraft, and it’s mostly about religious conflicts in 18th century Bavarian academia—and wanting to touch it with a ten-foot pole? Or, hell, would any publisher have dreamed of considering Thurberesque comic strips about historical figures, with punchlines that require a deep familiarity with everything from Regency novelists to midcentury Canadian politics, until Kate Beaton showed the world how much it wanted exactly that? This is what the Internet is for: ideas too good to make it past an editor. That, and cat photos.

So there’s Dicebox, a sprawling science-fiction epic about Griffen and Molly, a pair of itinerant workers and/or space bums carousing from planet to planet in search of food, shelter, old friends, and work. Griffen is sarcastic, circumspect, and coolly intelligent; Molly is warm, playful, and wounded. Molly periodically sees eerie, cryptic visions, which can get confusing, since Griffen, Molly, and their many friends and enemies live in a world that can be as weird to a 21st-century reader as any psychic hallucination. Hell, there are times when even Molly has trouble telling the difference. Griffen and Molly are both running from Pasts, and as Book One unfolds it becomes clear that Griffen, who used to move in surprisingly powerful circles for someone currently working odd jobs as a mechanic or stable hand, has the kind of past that could get them killed. Which is why Book Two, currently running online, is subtitled Chase.

Lee drops the reader into the middle of this world, letting the characters meander along making long conversation but never explaining too much. It took many readers a long time just to figure out that the tall, lanky, flat-chested Griffen is a woman, and Lee let that information percolate for a couple of hundred pages before casually letting drop that Griffen and Molly are a married couple. Which is not to say they don’t have sex with other people.  Or that gender in their society is anything close to binary. Or that any other assumptions about the characters and world of Dicebox are unlikely to make an ass out of you and me. Just for fun, all this takes place within a set of Joycean schemata: colors, runes, nursery rhymes, fruits and flowers, tattoos, and other symbols abound. In the FAQ, Lee explains that the title is "inspired by the Nordic rune Peorth, which is the 'dice cup' or the 'womb.' ... That said, the occasional appearance of dice in this story signifies nothing."

Dicebox has been running online for ten years now, and for all that time it’s reigned as one of the best-written and best-drawn webcomics. It was part of a wave of ambitious online graphic novels in the early to mid 2000s (Justine Shaw’s Nowhere Girl, Dylan Meconis’s Bite Me!, Lea Hernandez’s Rumble Girls), and from the beginning Lee’s elegant, delicately colored art stood out as some of the best of a good bunch. Things Lee draws better than just about anyone include: architecture, body language, weird little transparent-carapaced alien creatures, marketplaces, posed symbolic tableaus, ornamentation of all descriptions, and coats.

Between its full-color art, massive length, and slow-paced, niche-defying story, for a long time it seemed like Dicebox was doomed to remain in pixels forever, because who would take up the weighty task of publishing it? But color printing has grown more affordable and online readers have grown more generous, and this year Lee was able to self-publish Book One with the help of a Kickstarter-like preorder/pledge campaign on her website.

The book even includes a selection of the many guest comics drawn over the years by other cartoonists, most of them fellow members of the Portland, Oregon cartooning scene. Admittedly, Lee wasn’t able to include all of the many Dicebox comics produced over the years by the perversely funny Bill Mudron (my personal favorite is a bizarre thing about Griffen and Molly finding a magic flute that turns people into Muppets) or Patrick Farley’s long, still-ongoing adventure set on a funkadelic spaceship, which provided priceless filler when Lee went on hiatus following the birth of her daughter. For a long time Farley’s Dicebox story was the only new comic from legendary experimental webcartoonist, but just last month he updated his own site, Electric Sheep Comics, with a massive new story, http://www.electricsheepcomix.com/delta/firstword/">“The First Word”.

Thinking over the comics that get me excited and protective, I realize there’s a particular type of comic I love that doesn’t come along too often, although it should. It’s science fiction or fantasy, preferably the former, with a focus on the ordinary lives of not-quite-ordinary people. There’s world-building, but it’s about society more than technology. The art is filled with interesting details. The protagonists are mostly women, or if they can’t be women they should be hot guys. (I never said my tastes were sophisticated.) Bonus points for sci-fi sex. And the cartoonist should understand that good fiction set in another world is really about our own.

This shouldn’t be as uncommon as it is—all of us nerds like sci-fi, don’t we?—but that’s the comics industry for you. And that’s why webcomics exist, to dream those weird futuristic dreams. 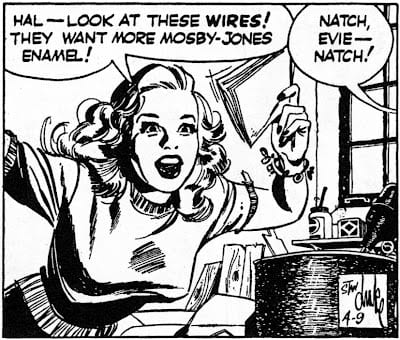 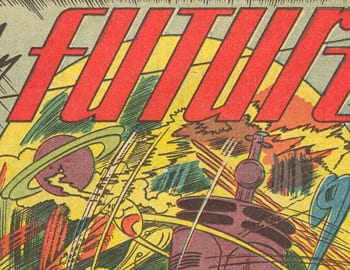