Today on the site, Ken Parille returns with a new installment of his column. This time, he writes an appreciation of Leslie Stein.

It was the unusual hand–written text that first attracted me to Leslie Stein’s diary comics. Instead of following the comics tradition of all capital letters, Stein makes surprising choices: some words use only lower-case cursive, others just lower-case print, some only traditional block lettering, while others move between these styles — and because she frequently changes text size and shape, some letters evade a clear-cut status as either upper- or lower-case, or print or cursive. It’s all done in an elegant, yet unpretentious calligraphy, the kind you might find in a thank-you note written by a thoughtful friend committed to the lost art of letter writing. Though she letters much of the dialogue in black, Stein uses color in an odd and stunning  way: a single line of narration, for example, might employ as many as eight different water-color hues.

The energy of her letters and colors plays out in her drawings, especially in her character designs. At Vice.com (where her color diary comics have been appearing since late 2014), her comics are occasionally described as “cute.” This is certainly true. There’s a real charm to the way she draws herself and others, and she presents scenes from her life with a gentle comedic sensitivity. But unlike so many online diary and autobiographical comics, Stein avoids the genre’s love of bland, relatable cuteness and its dependence on verbal platitudes and visual clichés. She approaches nearly every aspect of cartooning — lettering, coloring, figure drawing, backgrounds, page layouts, etc. — in an original and idiosyncratic way.

This year, almost a quarter-century after Lutes started the series, he will send the final chapter to his publisher. What began as an esoteric obsession, a fictional journey into the annals of history, suddenly seems timely. Berlin taught Lutes what fascism looks like—and although he knew he’d find it in old books and black-and-white photographs, he didn’t expect to see anything like it in his own country.

When I started drawing comics, it was to make my own reality.

At The Paris Review, Simon Otrovsky talks to Guy Delisle.

I read [Hostage subject] Christophe [Andre]’s story in the newspaper, like everybody else, and I thought the story was extraordinary because he escaped. At the time, there were a few French people coming back to France after a long time of being kidnapped. I remember this one guy, Brice Fleutiaux—he came back home and his wife had left him for another reporter, and it was really hard for him, and he committed suicide. Some people come back from a kidnapping, and it’s hard to be back home and have a normal life. I thought that escaping would be the best way to come back. There’s a recording of Christophe saying, I feel like the football player who scores the last goal and wins the match.

The illustrations—sketched from the roadside during the journey—are charming: simple but evocative pencil drawings, some showing the smudges of the traveling hand, the impress of the snatched moments in which they were created. In their scratchy immediacy they bear witness to things seen and felt. Comics lend themselves to representing how a cyclist sees: the flatness of the bird’s-eye-view map set in contrast to the scene-by-scene illustrations of Davis’s daily experience. We are pulled into Davis’s perspective, seeing from her position on the road as well as from a close third-person view as if slightly above.

—Misc. Pittsburgh's ToonSeum is running a fundraiser in an attempt to expand its educational offerings. Rewards include various signed books, Drew Friedman t-shirts, and original art by Carol Tyler, among other things. 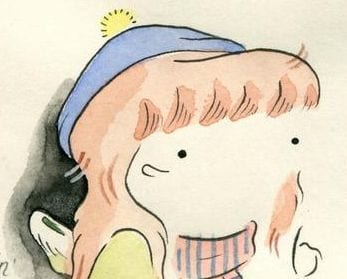 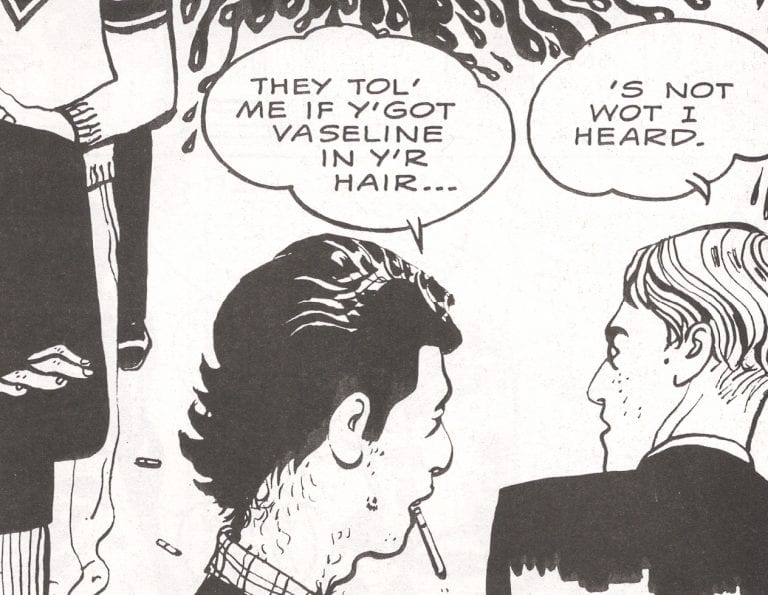