Today we begin our previews of TCJ #302, in stores very soon. So here's a snippet of Kim Thompson's Jacques Tardi interview.

THOMPSON: You haven’t worked with gray screens for a long time. You did a lot of it in the 1970s and ’80s, but in the last 15, 20 years much less so. You’ve either used simple black line-work, or color.

TARDI: Mmmm. Well, it’s necessary in this case, because I need to set the moods. Black-and-white drawings … I was going to say that after a certain point they end up being tedious, but that’s true of gray tones as well — I mean, it’s not exactly resplendent colors

There is a lot of text, so I worry that … Because it really is one guy’s impressions, day-to-day life, the showers, the food, the reveille, the work. He ended up working on a farm for a while, because he was hungry. At the time he was a junior officer, so in principle he wasn’t supposed to work, but he let them take him anyway because he thought he’d be able to find something to eat at the farm where he’d be sent to work, he figured he’d kill a chicken or find an egg somewhere. Which turned out not to be the case at all. So that’s what it’s about: Hunger, these guys’ daily problems, dreadful things that were done within the camp, even among people who are in the same straits … and then, afterwards, as the war wound on, the arrival of the Russians after the end of the German/Soviet [Non-Aggression] Treaty, because they were right next door, and then this departure at 30 below zero, in the snow. We were talking about movies earlier — imagine the cinematic possibilities inherent in that kind of situation!

And, of course, they’re the losers. They are not given a particularly warm welcome by the American soldiers. Things would get better later on, but initially they aren’t welcomed very well at all, and as he put it, that makes perfect sense! That makes sense: we were the losers, we were nothing, we hadn’t put up much of a fight.

THOMPSON: And Americans do have a fixation on winners and losers.

TARDI: Right. So my father was convinced they had far more respect for the Germans than for the camp’s prisoners. Also, during that return trip, led by the German soldiers, they kept a list of the towns they’d crossed through, along with the distances traveled, in a little notebook — along with the food problems, what they’d eaten, how long they’d stayed, etc. And tracing it on the map, you realize that the itinerary they pursued was totally disjointed, they went in circles, etc. At that time the Germans had gotten into their heads, or someone had put into their heads, that they would now be charging the Russians alongside the Americans. That idea didn’t last very long, but that explains why they didn’t turn themselves over as prisoners right away. And during that journey there were still guards, who were vicious. The war was over for them, but right up to the end they were beating the prisoners with rifle butts, and one day my father said, “OK, enough of that, we can’t take it any more,” and the prisoners took five German soldiers, disarmed them, and hanged them on the side of the road. [Pause.] That was probably just days before the end of the war. And again, why did they hang them? They’d disarmed them, why didn’t they just shoot them in the head, why hang them? It seems complicated. Maybe they wanted them to be seen, because he said that when they saw them, the other guards took off and were never heard from again.

When they linked up with the American soldiers, it happened in a town in Germany, and there was a field in which the weapons that had been seized from the Germans were stockpiled. Specifically cannons — small-caliber ones, of course — with matching ammunition, and right away, I don’t know whether it was the French, the Belgians, or who — maybe the Americans — they used those cannons to bombard, to raze part of the village and shoot at the column of Germans who were fleeing the combat zones. It was the end of the war, these were the horrors of war, there was nothing glorious about it, but you have to understand their state of mind. They weren’t exactly living a passionate love story with Germany right at that moment.

So there you go. I think all of these stories need to be told, because these people have not been talked about much. And when French cinema took on those subjects, it was always with a slightly comedic edge, portraying the Germans as big dopes, gluttons, sauerkraut- and potato-eaters, and the French of course were clever, etc.

Also, Craig Fischer is here with a column on nostalgia, change, and the challenges and beauties of serialized comics:

On Christmas Eve, we exchanged presents. I bought my parents a microwave, thinking that it would make it easier for my mom to cook one-armed, and she was ecstatic. Then mom and dad handed me my gift: the deluxe, polybagged version, complete with black armband, of Superman #75 (January 1993), the infamous “Death of Superman” issue. Of course, my parents knew that I read comics—though they didn’t realize that by 1992 my tastes had migrated to Eightball, Hate, and other black-and-white alternatives—and they saw and heard the publicity barrage surrounding Superman’s death. On the day the comic came out, my dad drove my sick, frail mom (who never had a driver’s license) to a local shop, where she stood in line for two hours (mostly with investors, I think) to get a copy.

Angouleme! It happened. Tom Spurgeon has the prize winners (Willem, the great cartoonist and master of scatological drawing, won the Grand Prix). And Paul Karasik has footage of artist Joost Swarte in performance.

Warren Ellis on the Instagramming of Books.

Not comics, but close enough because Peter Mendelsund has designed some excellent Tezuka covers. James Joyce. 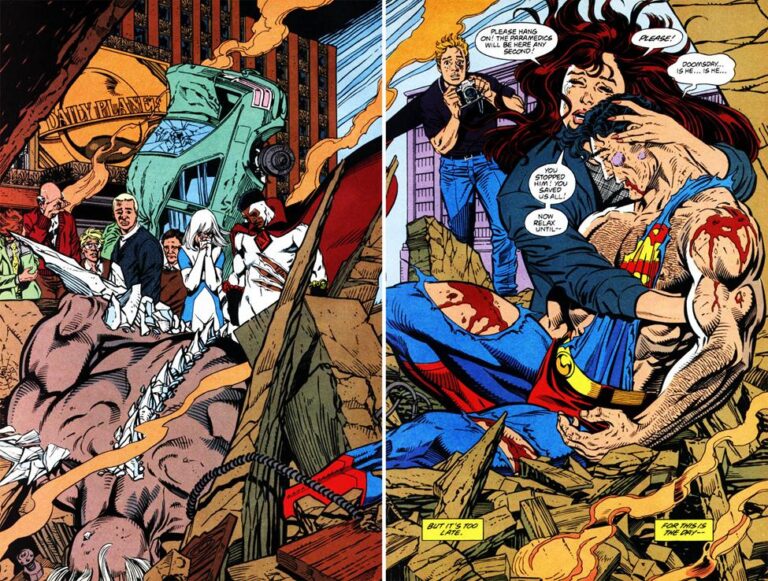 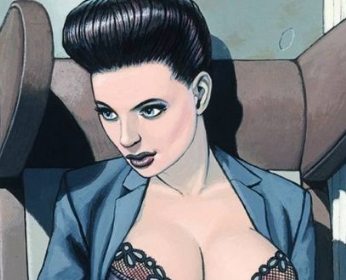