Today we are publishing Rob Kirby's interview with Robert Triptow, the longtime cartoonist who recently came back to attention with a new graphic novel, Class Photo.

My history is that I didn't get out there and force my work on people, I guess. I've never been good at writing book proposals and being a salesman. I've really had to do promo lately for Class Photo, but it's hard. I not-so-privately suffer from low self-esteem and generally can't stand the sight of my own work until years later. I've been poorly trained to be a published artiste by parents who trashed my childhood drawings because they couldn't relate to creativity. When I was growing up, a phrase I heard too many times was, "You're the best artist I've ever met, BUT..." and then it would be all my failings in life. It was an all-jock family. Drawing was not valued.

Certainly I've enjoyed positive feedback, but many bricks have been thrown my way. It's discouraging, to say the least, when you take a finished job in to your publisher and hear nothing but complaints about it -- that was my experience with Gay Comix. I was dissatisfied with the hurried nature of my work in that publication anyway, and I didn't feel like I connected with readers, I was too cynical and harsh. Also, there was never enough money paid to even feed me while I worked. On top of all were the people who regarded the work as pornography. It's not very encouraging to be told you've disgraced your relatives and actually been disowned for cartooning. It's already a challenge to sell a project to a cash-strapped publisher without all of that weighing one down.

We are also republishing Dan Nadel's 2003 interview with Brian Chippendale from The Comics Journal 256, to coincide with the release of his new collection, Puke Force.

NADEL: How did Fort Thunder snowball as it did?

CHIPPENDALE: Fort Thunder started in September 1995. I’d been in Lightning Bolt, which is me and Brian Gibson — and a since departed singer, Hisham Baroocha, another RISD student who now plays drums for the band Black Dice — since December ’94. Lightning Bolt practiced there, and we were there for five-and-a-half years and played 110 shows in that time. We had the space, and it was what we always wanted to do. We had bands come, and we had two-thirds of a whole floor of the building. About a year later, the landlord said he was going to move these other people into this other third, and put a hallway across our space to the fire escape. And so we told him, “No no no! We’ll take it. We’ll find our own people.” That’s when Jim Drain, Brian Ralph and Paul Lyons moved in. They were a little younger than us. I kind of knew Brian Ralph; he was the Fireball guy. Paul, I kind of knew; we hung out on occasion. Everyone hung out a little bit. It’s a small school. Jim, I didn’t really know very well, except that he was a guy that had smashed a window once at our place. They moved in around the beginning of the second year. We went up to seven people, and then Fred moved out. There was one room that was cursed, with this turnover of people. I think Fort Thunder, over the whole period, had about 24 people that came and went.

The L.A. Times has announced the nominees for their annual book prize, including five graphic novels.

Susana Polo looks at the subscription-based digital comics service, Stela. The comics themselves don't seem particularly enticing (to me), but this is probably the general direction things are headed...

—Misc. Mike Lynch resurrects a 1964 Mad magazine feature in which six cartoonists—Schulz, Lazarus, Walker, Ernst, Saunders, and Kelly—drew the strips they would really like to have been making. 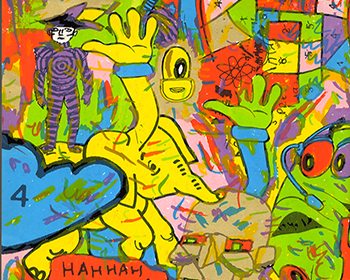 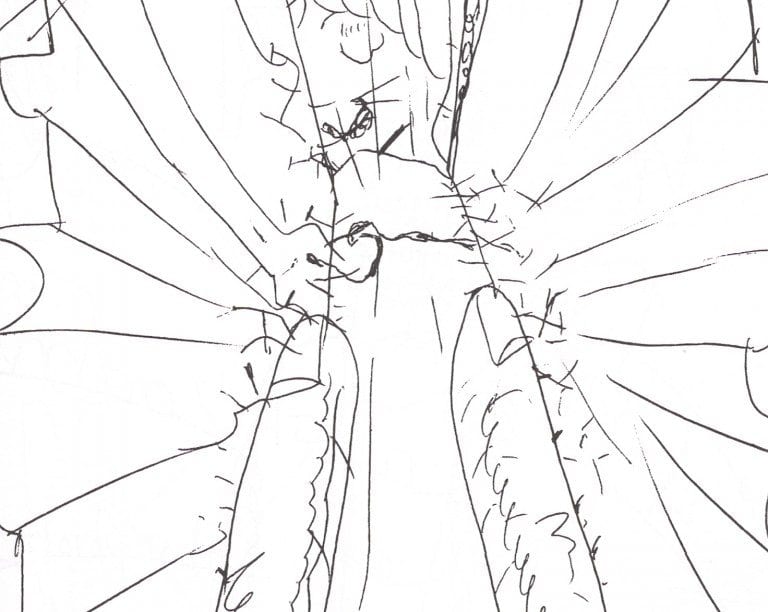