Today on the site, Paul Tumey looks at the use of the racial caricatures in early cartooning.

I didn’t know the Charlie cartoonists personally. I was barely familiar with their work – but, when I saw their screwball caricatures and wacky cartoons that, as far as I can tell, spare no one, I immediately recognized in them the very same impulse that had driven my sensitive and intelligent English teacher friend to satirize the people in his own world with cartoons. It seems to me that this sort of thing is a basic part of our humanity. It’s not kind, pleasant or comfortable, but that may be the point.

The impulse to satirize with cartoons may well be a part of our birthright as humans, and an essential way that we work out our differences – in a grand, glorious, unfair, unbalanced, unhinged mess. There’s something about a cartoon image that cuts to the quick, bypassing filters and nuances, and injecting an electric jolt into the mind. Given the visceral and immediate nature of this form of communication, it’s not surprising that a strong reaction will sometimes occur:  a guffaw, a spark of righteous anger, or a violent outrage, one that is sometimes planned for years and coldly executed, in all senses of the word.

In 1988, a defiant and sharply satirical Palestinian cartoonist named Naji al-Ali was shot in the face and killed by an unknown assailant. In 2005, Kurt Westergaard, another teacher-cartoonist, made a now infamous cartoon of a Muslim with a bomb in his turban and has been on the run ever since. It was part of a group of 12 cartoons published in a Danish newspaper.  The cartoons, and in particular Westergaard’s prompted a huge reaction from some hardline Muslims, who saw the cartoon as blasphemy and declared their intention to murder Westergaard in revenge. In 2010, men broke into the 75-year old man’s home. Westergaard hid in his reinforced bathroom. The attackers attempted to break into the bathroom with axes, failed, and left. During this time, Westergaard’s granddaughter was in the house, unprotected and, thankfully, unharmed – but nonetheless, a shocked witness to men attempting to slay her grandfather for drawing cartoons.

In 2012, The Onion made fun of the situation in a story as news about an absurd cartoon showing Jesus, Buddha, Ganesh, and Moses having a casual four-way. The headline read: “No One Murdered Because of This Image.”

I am the first to admit my understanding of politics is poor. I couldn’t begin to offer any incisive political commentary on anything, including the Charlie attacks. But as a historian, I can tell you this with confidence: outraged retaliation towards satirical cartoonists is not a new thing; it’s been going on for centuries.

A collection of tribute covers at The Nib.

And a good piece about the cultural differences in our understanding of the Charlie cartoons.

Finally, Michael Dooley has a personal-historical take on the matter.

And in just plain funnybook news:

I liked this piece by Jason Miles on an odd Steve Gerber comic.

And this is the first review I've see of Scott McCloud's upcoming book. 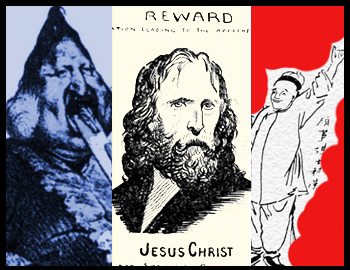 CHARLIE Horses: On Caricature and Outrage 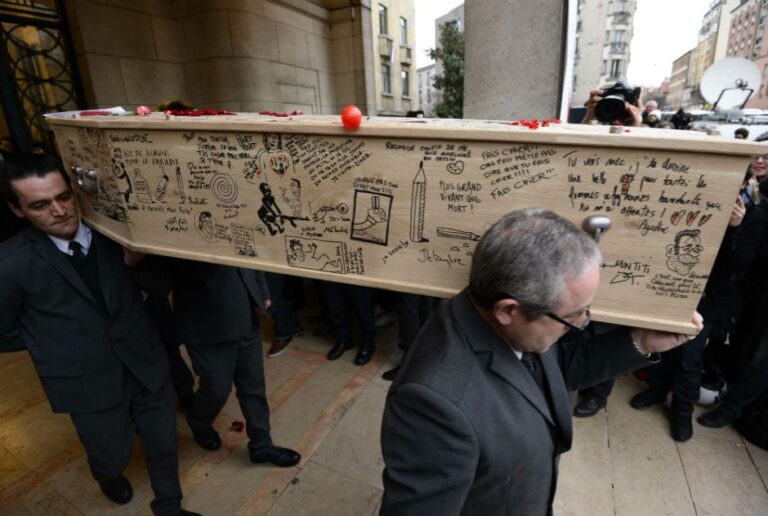