And today we take a brief break from our ongoing Building Stories fest to offer something a little different, Brandon Soderberg's interview with Josh Simmons, creator of one of 2012's most underappreciated books, The Furry Trap, who's now also a filmmaker. Here's one exchange:

SODERBERG: Let's talk about sequencing the stories in The Furry Trap. It seems like the main stories are organized so that each one is darker than the previous one. It says a lot that "In A Land Of Magic" – which depicts a wizard neck-fucked by a rage-filled knight – is the most humorous, but I do feel like each story moves readers into a harsher world.

SIMMONS: Overall, the stories do get less funny, and less fantasy-based. The most obvious way to see this is to compare the first story to the last. "Magic" is the most cartoonishly drawn, it's brightly colored, and obviously fantastic in its subject matter. With "Demonwood", I tried to do a naturalistic strip in terms of the drawing, the characters, the coloring, and even, the supernatural elements. At the same time however, the stories also generally, become less graphic. The idea of leaving the worst of it up to the reader's imagination works not just in individual stories, but in the final story in relation to the rest of the book. "Demonwood" shows no sex or violence at all. Yet, what is going to happen is described very clearly, and it is maybe the harshest story of all.

—Fast Company talks to Scott McCloud about how the ideas he laid out in Understanding Comics relate to, uh, business leadership. I am allergic to this kind of talk, and am thus unable to tell you anything useful about it except that it exists.

—The cartoonist and publisher Tom Kaczynski is profiled by the Minneapolis Star-Tribune. Uncivilized Books is one of the most intriguing small and relatively new companies out there.

—According to the Hollywood Reporter, Warner Bros. has just won a major ruling in the ongoing Superman rights case. This will likely head to appeal.

—Missed this Editor & Publisher interview with Richard Thompson earlier this week about the end of Cul de Sac.

—If I lived in Cleveland, I'd get this new library card.

—Finally, Joe Procopio sent me an e-mail about a guest post at Today's Inspiration he wrote about "the lost art" of Heinrich Kley, and I'm glad he did. 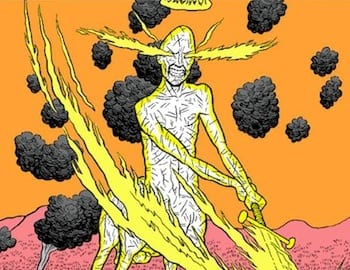 “Sometimes, You Get Your Throat Cut While a Clown is Pulling Your Pants Down”: An Interview with Josh Simmons 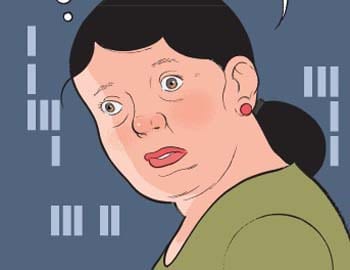 The Toc Toc of “Nothing, Really”