I was pleased to welcome Box Brown onto the show this week to talk about comics and his ambitious Retrofit publishing venture. Box has published a number of minicomics and won a handful of Ignatz awards along the way. A one-shot comic called The Survivalist was recently published by Blank Slate Books.

Box has been involved in the small press comics scene for a while now. I first became aware of him as a vocal online fan of the cartoonist James Kochalka. It’s interesting to discuss with him how much of an influence Kochalka was on him, especially the notorious “Craft is the Enemy” essay that people were debating back in the early ‘aughts. That’s certainly something I’ve had different opinions on over the years. I was definitely in the “this is rubbish!” camp back in the day, but these days I’m thinking about it a little differently. Box and I talk about it for a little while, and hopefully my revised stance comes across. If not, maybe I should ask James Kochalka if he ever wants to come into the Talkie Hutt and we can discuss it a little more.

In addition to Box’s own cartooning, we also spend some time talking about Retrofit Comics. This is his own publishing concern, dedicated to putting out a monthly pamphlet comic created by a number of different artists, including James Kochalka, Josh Bayer, Tom Hart, Joe Decie, and a bunch more. It’s really a great thing he’s doing, though we talk a little about why on earth he’d start up his own venture while struggling to get by just as a creator of his own work. It’s quite interesting, and pretty inspiring. 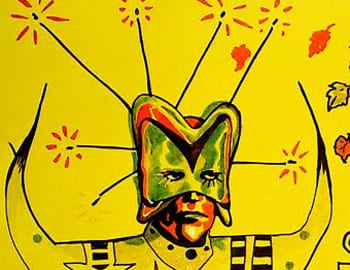 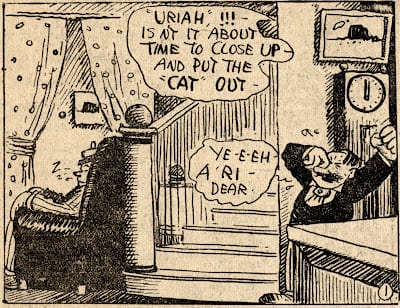