Today on the site we bring you the most recent episode of TCJ Talkies, in which host Mike Dawson talks to Lisa Hanawalt about writing funny and drawing at parties.

Also, Rob Clough reviews I Will Bite You, a story collection from up-and-comer Joseph Lambert.

1. Retailer/blogger/TCAF organizer Chris Butcher asked comics creators what they would change about conventions (of the SPX, MoCCA, Stumptown variety) in order to make the artists more money, and got a ton of answers.

2. In the mid-1970s, U.S. copyright laws regarding music publishing were seriously revised, and now for the first time, musicians will legally be allowed to regain control of their songs 35 years after their initial appearance. The artists have to apply for the rights two years in advance, and people like Bob Dylan, Bruce Springsteen, Loretta Lynn, and Tom Waits all filled out paperwork regarding music from 1978, per the New York Times. Apparently, the record labels apparently aren't going to give up the rights without a big legal battle, so this will probably play out for a while.

Anyway, interesting stuff to keep in mind when thinking about creator rights in comics. It also can't help but make me imagine a world in which pop music was an industry dominated by nothing but songs featuring characters from old Springsteen tunes. Too ridiculous to be believed, I guess.

3. Over at the Mindless Ones, the Doubtful Guest does a little agitation work. I personally find the whole "thrill-power" argument he uses a little doubtful to say the least (as if E.C. Segar alone doesn't prove that a solo artist can provide all the thrills a reader can handle), but your mileage may vary, and the important thing is that another member of a prominent online forum has joined the Marvel boycott.

4. Gary Panter wants to convert you to Peter Saul-ism.

5. I think the people over at the Fantagraphics office need to lay off the Welsh rarebit.

6. Darryl Ayo thinks out loud about representations of race in comics.

7. I haven't read the anthology under review by Craig Fischer, but I have seen the "Hipster Hitler" stuff before, and Fischer's right on. 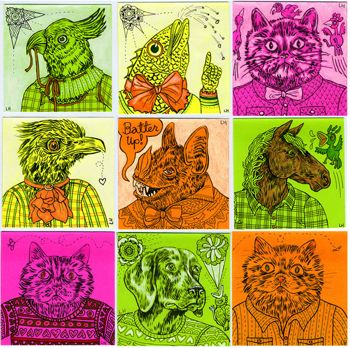 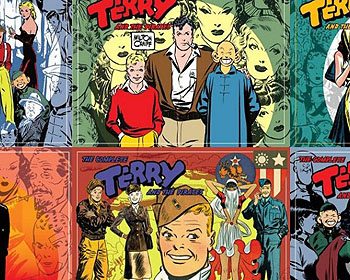