Ryan Cecil Smith's week of cartoon diaries continues—today he meets a friend of his girlfriend, and awkward conversation ensues.

And Joe "Jog" McCulloch has the Week in Comics. It looks like a big week, with new (and solid) late Pekar, a long-awaited return from R. Kikuo Johnson, and the final brick in the complete Krazy Kat, a genuinely amazing thing to exist, and almost a reason all by itself to to have irrational hope for humanity's future. (Does that seem like an overstatement? It obviously is. But read more Krazy Kat and get back to me.) Joe also writes a lot about Garth Ennis, about whose work I remain extremely skeptical.

Chris Mautner attempts to perpetrate a Jeet in this collection of notes on the beginning of a new complete reprint of a canonical strip, Walt Kelly's Pogo. Like him, I found this first volume to be a strange mix of the brilliant and the off-puttingly whimsical, but I enjoyed it more by the end than the beginning so I'm expecting to get more out of future volumes. In any case, read Mautner.

Also at Robot 6, Tim O'Shea talks to Kevin Huizenga about the recent republication of Gloriana.

Neil Cohn talks about whether or not comics is a language (he says no) in response to a recent academic book, The Art of Comics.

Eric Stephenson at Image continues to call out DC over their treatment of Alan Moore in the Before Watchmen issue. It is interesting that another publisher is being so aggressive about this, and also heartening in the sense that the more publishers publicly announce high standards, the more likely it is that the readership will hold them all to it. (David Brothers has been writing about Before Watchmen a lot, too.)

The Forbidden Planet blog links to a fascinating series of posts in which the British cartoonist Dan Haycock is working his way through the exercises in Ivan Brunetti's Cartooning: Philosophy & Practice.

And last but not least, Peter Huestis has posted scans of an entire book by legendary early cartoonist "TAD" Dorgan: Indoor Sports. 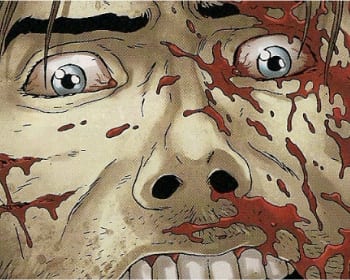 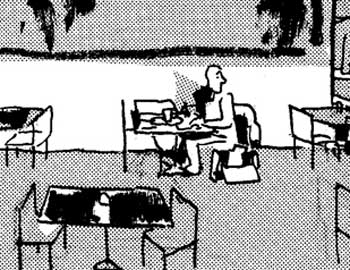