Today brings the return of one of our most popular recurring features, Richard Gehr's "Know Your New Yorker Cartoonist" column. Today, he talks to George Booth, and here's a sample:

GEHR: Tell me how you came to work on Leatherneck while you were in the Marines.

DIONE BOOTH: I think you could title this piece, "Always Faithful."

BOOTH: Just like I wanted to please my folks with that clarinet, I worked at the print shop until I left Fairfax and went into the Marine Corps. My folks stood with me in June of ’44, when I volunteered. I’m signing the contract and staff Sergeant Harry K. Bottom…

BOOTH: I don’t have any trouble remembering it. Harry K. Bottom asked, "What do you want to do in the Marine Corps?" We were fighting Japan at the time, and I said, "I want to draw cartoons." Logical thing. And he wrote it down; he had to. Two years later, I’m out in Pearl Harbor waiting to go home after VJ Day, because every G.I. in the world is going home. I'm sitting in the Quonset hut, and a telegram came to headquarters saying that PFC Booth can come to Leatherneck magazine as staff cartoonist. They were losing all of their staff, and they'd looked in the file and saw that I wanted to draw cartoons. They said I could come to Washington provided I reenlist at the end of the war. Well, I could go back to Fairfax, too. But I knew what that was like: I would go back there and get a job in a printin’ office, operating a linotype, and probably never get out of there for the rest of my life. So I said I’d reenlist. And the other Marines would bring their buddies back, six and seven at a time, to look at the geek who was going to reenlist. They stared at me like they couldn't believe anybody would do that. They were so sick of the war. So I gambled and went to Leatherneck. I was recalled in December of ’50. I went to Camp Pendleton again, and Commandant Shepherd called me back to Leatherneck a second time. So it paid off for me. It was my education.

DIONE: It was a gamble, though.

Here is the basic, bare-knuckle truth, not to be parsed out of existence by legal hair-splitting or the revisionist application of a law that postdates the works at issue: there is nothing in work-for-hire law that can account adequately for the facts of Jack Kirby’s foundational, indispensable, and still generative contributions to Marvel.

—I don't follow retailer issues as closely as I should, but it seems noteworthy that prominent retailer Brian Hibbs, in the comments to the angry-at-DC post I linked to last week, has announced his resignation from ComicsPRO, related directly to their handling of "recent DC moves". Another retailer with a popular online presence , Michael Sterling, has a note on his experiences with the DC 3D-cover allocation here.

In the early years, in the years when Jerry Siegel and Joe Shuster shaped his adventures, Superman contended with, and blocked, corrupt politicians and lobbyists, venal munitions dealers, cynical manufacturers of unsafe automobiles, greedy exploiters of mine workers and factory workers, and the tormentors of ordinary working men and women driven to the brink of despair and suicide by the seemingly untouchable forces of Big Money. But even though his social activism was toned down later, by corporate fiat, Superman has continued to practice philanthropy, not for the tax deduction but for the satisfaction of helping others in need. Period. And I feel sure he’d be mortified and embarrassed by any offers of a Lifetime Achievement Award.

—Gerry Conway clarified and expanded upon his recent panel comments about sexism in the comics industry.

—Artist Tom Scioli reflects on the end of GØDLAND.

—J.J. Sedelmeier has a bunch of early Dr. Seuss work. 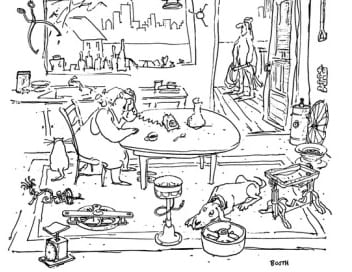 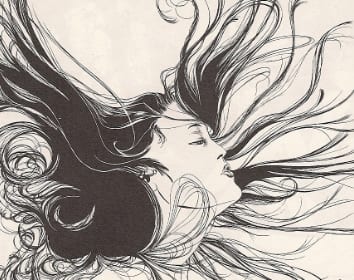