If you're American, as Dan and I are, as well as most of the Journal's staff and readership, today is not a day for digging into comic-book news; it's a day to travel vast distances and prepare your appetite for an over-large Thanksgiving dinner. Maybe there will be a bit of drinking for some folks to help them cope with unpleasant relatives; maybe there will be tears. Good times are in store for many, too. Strong, loving families seen too rarely. In any case, there is no place for comics gossip today or tomorrow or the next day. So we will save our links 'til Monday. (I apologize to our non-American readers for the interruption.)

But if you absolutely need some kind of comics-related material to make it through, perhaps to read on a plane or train, or simply to keep you occupied, we have decided to reprint Gary Groth's 1994 interview with Jeff Smith, the incredibly successful self-publisher and creator of Bone and (later) RASL. Here's an exchange from relatively early in the interview:

GROTH: So what year did you finally get to Ohio State?

SMITH: 1982. I said to myself, “OK, am I really going to work in factories for the rest of my life? No, I think I’ll go back to college.” So I enrolled at OSU, and one of the reasons I went was because sometime in there I got really hooked on Doonesbury. I had decided I wanted to take a shot at newspaper strips. I carried around these three giant treasury-size editions, almost like Bibles. I thought they were the next evolution after Walt Kelly, for me. That was the most popular strip on campus at the time too. So I picked OSU mostly because they had the Lantern, which was a daily newspaper. It had a circulation of 50,000. In my mind, that was exactly the tool I needed to practice my vocation. I had come to the realization that I wasn’t going o be able to go to school to get taught how to do this, so the only thing I could do was find somewhere I could practice. So I took one journalism class in order to be on the paper and I enrolled as a fine arts student, then submitted some Thorn strips to the Lantern and they accepted them, and off I went.

GROTH: So you actually enrolled with the explicit thought of having a strip in the paper.

SMITH: Yes, absolutely. In art school, they explained to me that cartooning was just a complete bastard child of the arts and wasn’t real. That was kind of shocking to an 18-year-old. “Oh my God! You mean I’m not allowed to be a cartoonist? Is that what you’re trying to say to me?” So immediately I began looking for ways to use this system that didn’t accept me in ways I could at least use it. I went to 3-D concept classes, then went home at night and would start my comic strip about 9 o’clock at night, finish by 2 at the latest, and I did that every day for four years.

SMITH: It sounds that way when you say it … [Laughs.]

GROTH: But in reality you’re lazy!

Okay, everybody, have a good Thanksgiving! 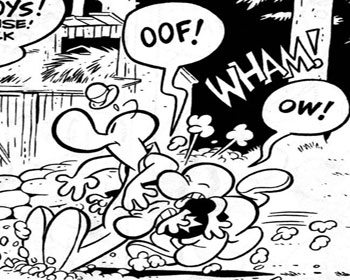 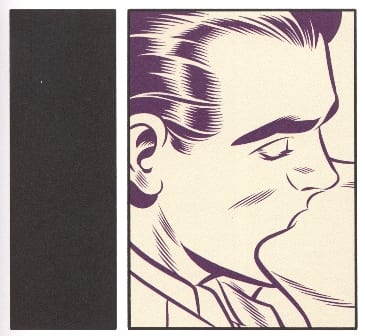 Secret Loves: A Short History of Two Panels in Charles Burns’s The Hive