Today on the site: Anne Ishii brings us a valuable conversation with Adrian Tomine about his authorial voice, where he is now in his life and work, and all other things Killing and Dying. Here's a bit:

Would you say there’s any particularly poignant or frequent criticism you’ve received through consumer-readers (as opposed to say, editors) that has influenced you more profoundly than others?

Oh, where do I begin? I think the first big criticism was the clarity of my influences. Or more specifically, that I was “ripping off” certain artists. And then something that came up later in my career was the sense that I was treading the same path a little too much, writing within too narrow of a scope in terms of tone, characters, settings, etc.  Those were probably the most significant ones, and they were points that, on some level, I knew to be valid. And I don’t want to make it sound like I’m patting myself on the back and saying “mission accomplished” or whatever. I know these are ongoing struggles, but it’s definitely helped to at least try to address them head-on.

You’ve written different facsimiles of yourself in the past, so I wonder what you think of the relationship between artist and art, artwork and audience. Killing and Dying is so interesting from the perspective of your oeuvre, because it’s not scenes from a world the reader might ascribe as yours personally, but can you extrapolate on where/when/how did that shift happen, and how you engage yourself with readers as an artist versus as a subject?

A lot of what I was doing with Killing and Dying was a direct response to Shortcomings, and one of the things that I kind of regret about that book was the way I intentionally blurred the line between my own life and the fictional story. Of course for most readers it didn’t even cross their mind, but I know that at least a few people who had been following my work over the years were very interested in how much of that story was autobiographical and how much I was like the main character. And they weren’t curious because they loved that character so much! I ended up feeling like it was a distraction. So withKilling and Dying, I made a conscious decision to write about characters and situations that, at least on the surface, were very different from myself and my life.

I had gotten the impression that, after Jaakko Pallasvuo’s English-language debutSome Approaching End was published in 2011 by Landfill Editions, the artist had abandoned comics to focus on net art. A piece then appeared in Mould Map 2, a text story about browsing the Facebook pictures of an object of fascination. It was easy to view this as a transitional piece: It appeared in a comics anthology, but was not a comic, and it took as its subject the internet’s increasingly primary place in the world, maybe to the detriment of the human, in a way that seemed to cry out to be addressed and worked through further. In the way it only incidentally used that book’s incredibly striking color palette, as a series of overlapping textures to frame a plain-speaking direct address, it paralleled Blaise Larmee’s piece in the same anthology, in which an author stand-in spoke of wanting to quit comics for art, where the critical context would appreciate him more.

National Lampoon art director Michael Gross has passed away after a long illness. We recently ran an interview with him covering his entire career. More about him can be found on his web site, and he features prominently in the excellent documentary Drunk Stoned Brilliant Dead.

And Frank Miller gives a rare interview for the upcoming release of DK3. 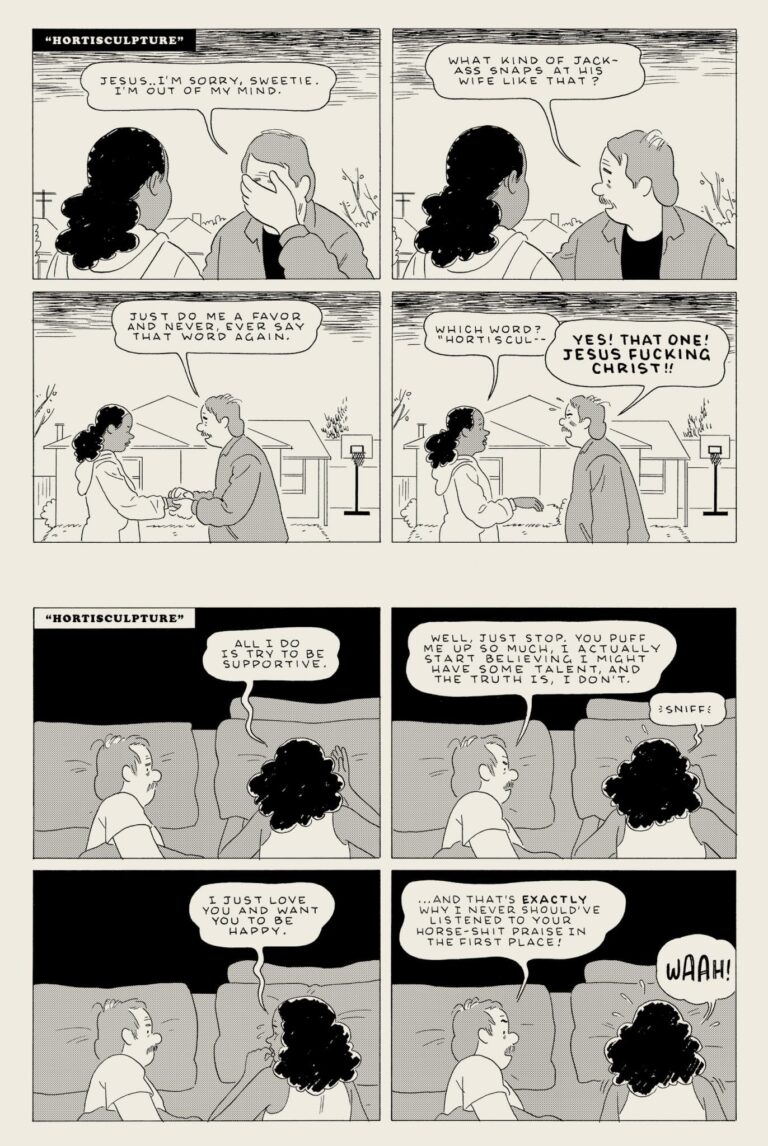 The Artist is Not Present: A Conversation with Adrian Tomine 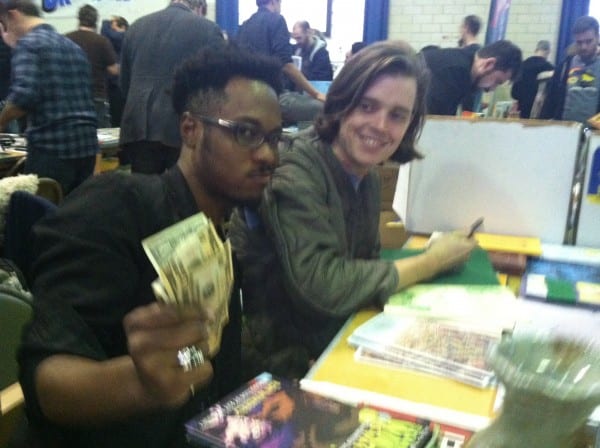