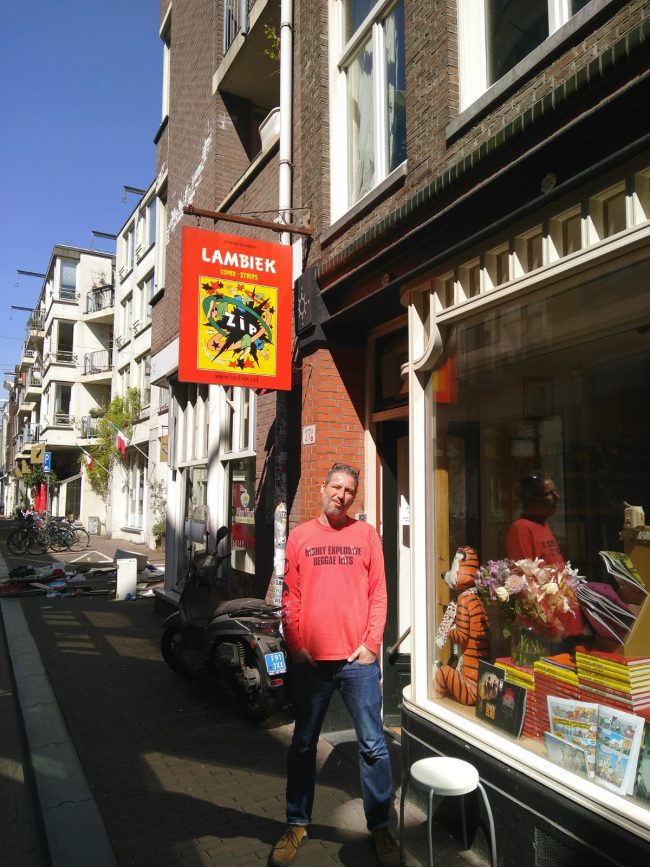 Not even a pandemic can decrease Boris Kousemaker’s gusto for talking about all things comics and comics culture. I arrive at the latest iteration of Lambiek, the comic book retailer Boris’s father Kees founded in 1968, on another quiet day in Amsterdam’s city center during coronavirus lockdown. Unusually for this time of year, the sun was shining and there wasn’t a tourist to be avoided. Boris welcomed me enthusiastically - at a healthy social distance, of course.

The store’s famous hanging sign, featuring a glorious mess of flailing limbs and an onomatopoeic “ZIP,” is a panel lifted from Suske en Wiske (the shop’s name is borrowed from a character from the series). It makes a bold impression on Koningsstraat, especially given that the city’s inhabitants increasingly opt for the cool and restrained Scandinavian look. 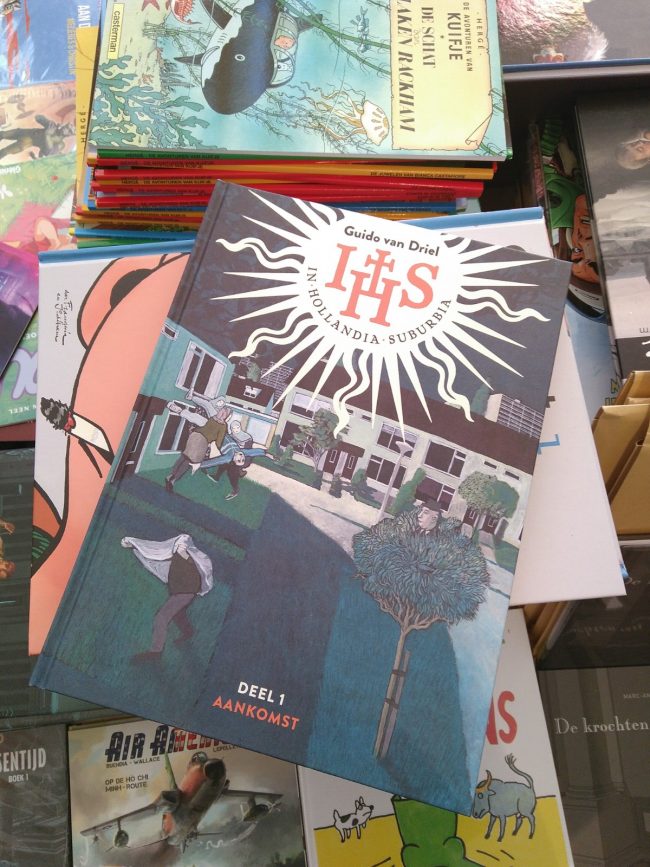 The Netherlands has been taking the COVID-19 pandemic a little less seriously than many of its neighbors in Europe. The government here is prone to individualizing problems and thinking through all scenarios like a financier. In this instance the result has been that Dutch retailers have been given a somewhat mixed message by the state. They’ve been told not to necessarily close, but consumers have been ordered to stay at home, so for many shops remaining open has been an unsustainable option. While there was some grant money provided to help stores through the first two months of lockdown, it’s unclear what will happen next. Thankfully, Lambiek has had a lot of support from regular customers, who so far have continued to keep themselves in good stock of books via online orders.

The front half of the store is dominated by Franco-Belgium releases, while the back half is a mixture of Dutch releases and translations into Dutch of highly esteemed works from France, the USA, Italy and elsewhere. The basement is where the English language books are usually stocked, although that part of the store was ruined by water damage mid March. The Dutch lockdown started just in time for Boris and co. to not have to worry about their basement improvement works interrupting regular customer traffic, although obviously the costs involved in fixing the problem won’t be being made up in sales any time soon. Frustratingly, neither has the government yet mandated nor have landlords volunteered any sort of rent holiday either to stores or tenants. Only the big chains have the muscle to take a rent strike and not expect much grief. 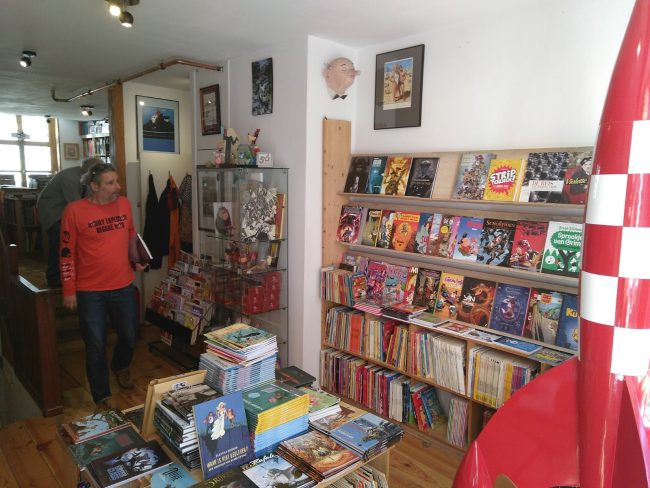 The store can be characterized by its focus on providing classic and timeless works, it doesn’t so much rely on new releases, although when I popped by to catch up with him, Boris was keen to stress that stock of current releases is literally running out. With Belgium totally closed down, the regular route for books from there to reach their Dutch distributor isn’t operational.

Lambiek doesn’t rely much on tourist traffic. In busier times, visitors from outside of the Netherlands who find themselves on the Koningsstraat are more likely l ooking for the nearby, and infamous, Red Light district. The shop touts itself as the oldest operating comic book store in the world, and the first store dedicated to selling comics in Europe. As you may be able to tell, it’s a family affair, and it’s kept alive through passion, and no snootiness on the part of staff (composed of Boris, Jurrien de Vries and Arie Plas) when it comes to taking a DIY approach to sustaining the venture. 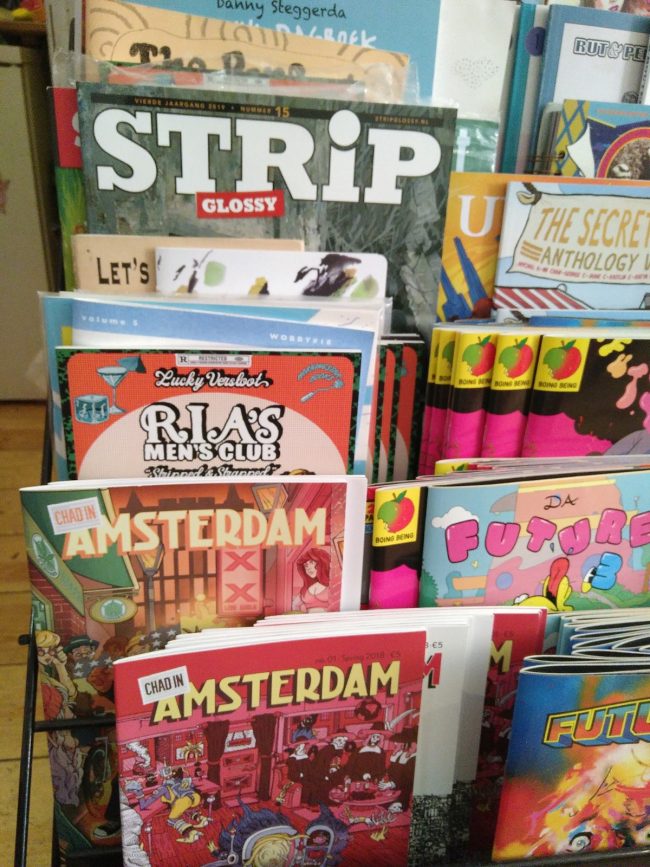 Klaas Knol, who sadly passed away in 2019, started working at the store in the 1980s, and was crucial in regards to the store importing underground comix from the USA and Spain, continued to work at Lambiek right up until and past the store’s fiftieth anniversary in 2018. Lambiek is perhaps most famous internationally as the host of the Comiclopedia, an indispensable online resource of comics knowledge. This “Wikipedia for comics” was founded by Kees Kousemaker, and continues to be sustained and updated by Bas Schuddeboom and Kjell Knudde, who were the rightful winners of the 2020 P. Hans Frankfurther Prize for special merits, awarded by Het Stripschap (the Dutch society of comic book lovers).

The staff at Lambiek are curious and knowledgeable about huge swathes of comics culture, the shop has also functioned as a bridge between the international scene and the local one. Previous incarnations of the store on the Kerkstraat featured a gallery space which hosted gallery shows from the likes of Robert Crumb, Daniel Clowes and Chris Ware (Ware also drew the shop’s legendary business card). However, one speciality that Lambiek staff provide to a foreigner such as myself is an insight into the Dutch comics scene. Ask Boris or one of his colleagues for tips and they’ll point you in the direction of Wasco, perhaps one of the busiest artists in the Dutch comix scene, or the much lauded Chad in Amsterdam by Cleveland born Chad Bilyeu. They also have work by comix legend Peter Pontiac, Guido van Driel’s suburbia based melancholia and the newspaper strips inspired satire of Mark Retera. Lambiek is also a proud supporter of the Rotterdam based Anthology series KUTLUL. Hopefully more work from these artists will become available in English sometime in the (near) future. 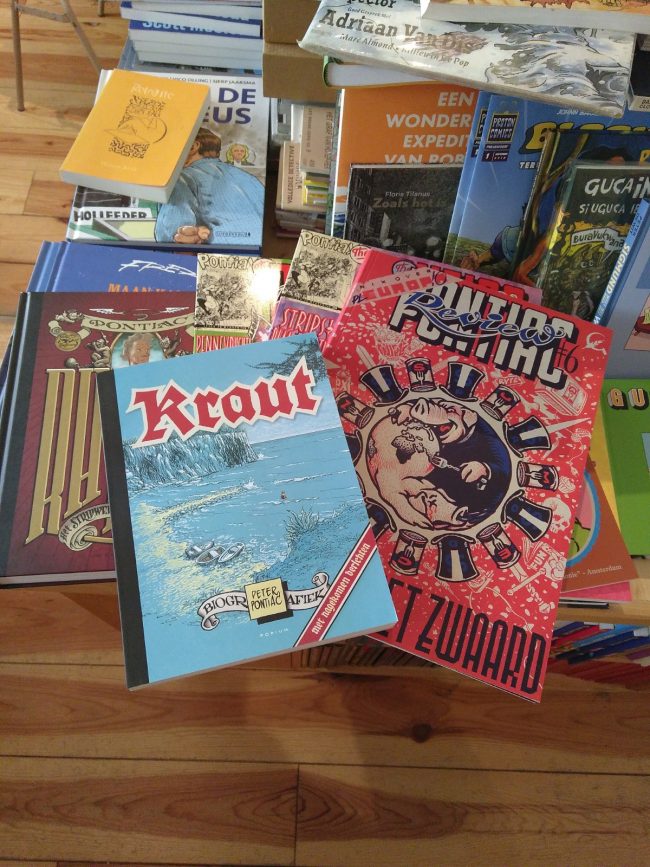 When asked about how everyone at the store is coping with the various stresses of the COVID-19 lockdown, Boris told me that, at Lambiek, the ethos is to take - and enjoy - every day as it comes. “It’s nearly been the end of us so many times,” he said, elliptically, alluding to the fact that Lambiek has had its fair share of difficulties over the past five decades. If there’s one shop in Amsterdam that will survive due to sheer perseverance, it’ll probably be Lambiek. 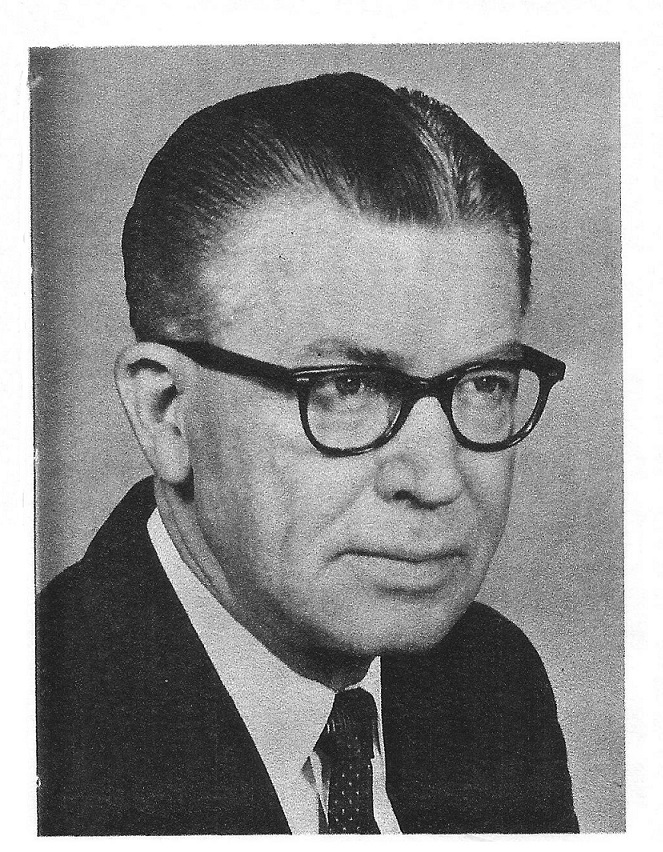 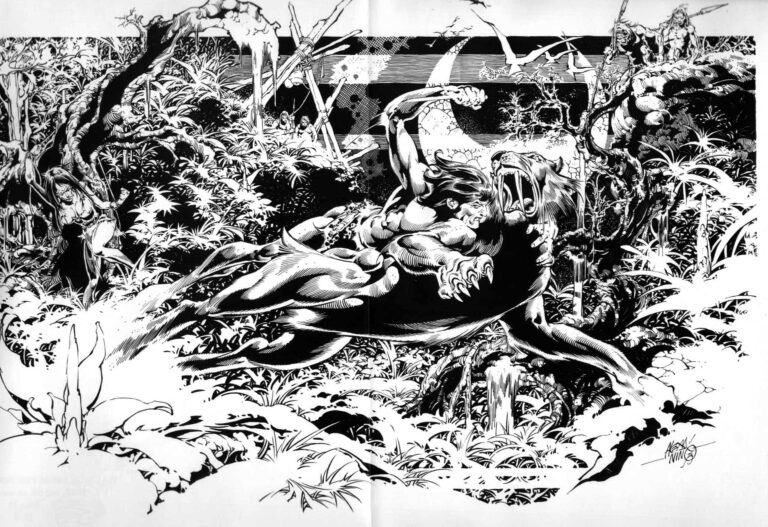