Big day here today. First, we complete our (unplanned) trilogy of articles on EC Comics with a new piece by the great Bob Levin, with the perhaps unexpected title, "Let Us Now Praise Al Feldstein". Here he goes:

I have no major disagreement with Gary Groth’s recent remarks. I applaud his formulation that a comic’s value is "intrinsically literary." I swallow, with only a slight gulp, his recognition that EC’s prose was often cliche-ed, formulaic, "overwrought and fatuously earnest." But as one who had his world rocked by – and sped to the newsstand each Tuesday and Thursday to skim the cream from its most recent deliveries – I take umbrage ("Take my umbrage... Please!") at his equating ECs to "decent" noir B-movies.

Decency, as Mae West might have said, had nothing to do with it.

Sure, with ninety-minutes at their disposal, B-movies may have deepened and shaded characters more than EC could in a six-to-eight-page story. And maybe this time allowed movies to present more disturbing world views. (Or maybe not. EC damn well frequently disturbed me.) But in two areas critical to the interests of red-blooded American boys, EC kicked the ass of anything 1950 Hollywood films – A, B, C, or D – could offer.

I am talking SEX and VIOLENCE.

We also have another preview for issue 302 of the print edition of this magazine, available this month from fine stores everywhere. Today, it's another extract from Gary Groth's long talk with Maurice Sendak, the last major interview of Sendak's career:

SENDAK: ... It’s what you see as a child, it’s what you notice. It’s like when I was … the man who wrote a book that said Hauptmann was not the killer of the Lindbergh baby … and that’s bad. He made the terrible mistake of talking about his book at the Richfield Library. Richfield, this is the most right-wing, goyish a county that could ever be. And I went to the lecture, about eight people there — Who wants to hear about the Lindbergh kidnapping? — I kept raising my hand saying, “No, no you got that wrong, you got that wrong,” and afterward … he came over to me and said, “Can we have coffee? You seem to know an awful lot about his case.”

And I said, “I know when you made a mistake. You really haven’t done your homework carefully enough.”

So we went out for coffee and he said, “What is it about his case that … Why are you so involved in it, even now?”

And I said, “Because when I was child, and I was shopping with my mother and she was holding my hand because I was a very little boy, and I passed the newsstand, and I saw a picture of the baby dead in the woods with an arrow pointing down to show it had to be him, and I took my mother to see it. And apparently nobody but me saw it.” So I was convinced that I was crazy and that I saw a dead baby in the newspaper. And I said, “It’s only in the past few years that I realized Colonel Lindbergh was enraged that that picture was used and it was taken off the afternoon edition; I saw the morning edition.”

I spent my whole life believing I saw that picture. But that to me is why children are so important: they see these things.

And then you have a mother who says, “You didn’t see that, that’s disgusting! Why do you think of such things?”

And I told my father and he says the same thing, “I don’t want you to talk about that!”

And we also have a review from Chris Mautner, of Régis Hautière and Renaud Dillies's Abelard. He doesn't seem to have liked it much:

Seemingly bereft of parents and living in a bucolic, mostly female-free marsh, Abelard is astoundingly naïve. Seriously, no one over the age of ten is as clueless as this kid appears to be. How clueless is he? So clueless that, when he falls hopelessly in love with a young woman visiting the marsh, he decides to travel to America so he can hop in one of those new fangled flying machines (the story seems to be set in the early 20th century) and give her the moon. He does this after a passer-by suggests offering the girl the moon is the best way to win her love and Abelard is obviously a very literal-minded person (we’ve already been treated to a winsome sequence of him attempting to reach the moon via ladder).

—Don Rosa wrote a must-read essay on why he quit drawing his duck comics, which Disney did not allow to appear in its licensed editions of the complete Don Rosa.

—The never-ending Stan Lee authorship controversy has made its way into The New Republic.

—What curator just said this?: "The illustrator I chose to represent sequential art is Mort Drucker from MAD Magazine. He is hardly the flavor of the month, or even the flavor of last month, when it comes to sequential art such as graphic novels or internet comics. But there is an awful lot of lame artwork appearing in graphic novels today, no matter how moving or profound the text might be. If I knew of a current graphic novel artist who came anywhere close to the talent of Drucker, I would have used them. The interesting thing is, when you talk with a more fashionable artist in the show, Phil Hale, who does dark, obscure oil paintings 5 feet tall to illustrate psychologically complex Joseph Conrad novels, he'll tell you that his ambition in life was once to go work with Drucker at MAD." 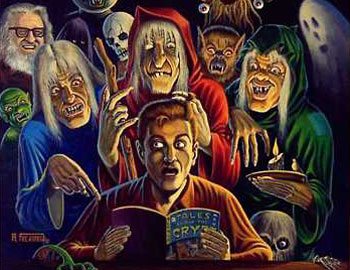 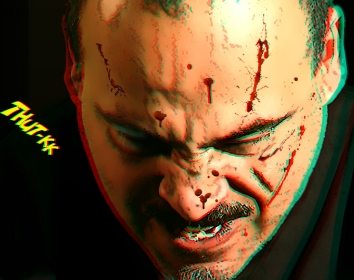