Nothing takes the joy out of a festival of vicarious violence like a spasm of actual violence, does it? It’s not as if anyone can say they don’t know where the guy got the idea. It’s my belief that the effect of our media environment is not to create violent impulses but to undermine the public sense of what is real, a phenomenon that varies according to the individual. A type of character invented to fill the audience with fear and loathing becomes to one of its members the path to a moment of power and mastery, the moment after which is no more real to him than the lives of the cast of his personal movie. I’m reminded of the drug addicts in the documentary Streetwise who read William S. Burroughs’ Junky and decided it was a good idea. The 70 human sacrifices to gun freedom can at least have the comfort of knowing their suffering will in no way inhibit a madman’s ability to amass an arsenal before he gets a chance to kill anybody with it. What the Aurora event and the Garbrielle Giffords shooting ought to make our society reconsider is its use of the ethic of self-reliance as an excuse to discard people. The society that leaves it to a James Eagan Holmes or a Jared Lee Loughner to solve their own mental illness problem is subjecting itself to the solutions people like that come up with.

Not that there was a whole lot of joy to be taken out of The Dark Knight Rises. In thinking over my dissatisfaction with this particular moviegoing experience I am of two minds. On the one hand the leaden seriousness these superhero movies (and this “franchise” in particular) coat themselves in detracts from their enjoyability. On the other hand I can’t say for sure that their makers’ belief that this factor is a key element in their success with people other than me is wrong. I feel my position is further eroded by the fact that they did get me into the theater. As I am one of those people who will go to some of the superhero movies but not all of them, a key demographic for the success of one of these movies, it is difficult for me to argue that the strategy didn’t “work.”

Perhaps I should get into some specifics to show where I stand.

Superhero movies I have gone to see in a theater:  The first two Burton Batmans, the last two Dark Knights, the first two Spider-Mans, the two Iron Mans, Thor, Captain America, Watchmen, and The Avengers.

Superhero movies I have not seen in any shape or form: None of the Batmans not mentioned, none of the Supermans, none of the X-Men, none of the green ones (no Hulks, no Green Lantern, no Green Hornet), none of the Fantastic Four, none of the ones instantly identified as irredeemably crappy (Daredevil, Elektra, The Spirit, Catwoman, Ghost Rider, etc.).

So, I’m a sucker, but a somewhat selective sucker. A good one will get me to go to one stinker, but no further. I would go so far as to say that if I had it to do over again knowing beforehand the entertainment quotient I would receive, I would probably do so. I was reasonably engaged throughout its excessive length. I didn’t have the feeling I had when I left Prometheus that I had sat through a pretentious piece of crap. But, put it this way, if The Avengers gets an A, Dark Knight Rises gets a C. It’s not as if Avengers was any less empty at its core, it simply exercised nearly all of its manipulations with such energy and elan that you could forgive its occasional flat notes. Like its predecessor, Rises is a badly made movie redeemed by a single element that works. In The Dark Knight it was of course Heath Ledger creating a Joker you could believe in. In Dark Knight Rises it’s the big CGI set pieces, the plane-napping, the collapsing football field, and so on. I am a sucker for a big IMAX spectacle, and the IMAX version of a Christopher Nolan movie does the big scenes full screen. The thing is, while in the unrisen Dark Knight Heath Ledger was all over the place, I’m not sure how much of the big scene stuff there was that I hadn’t seen in the trailers. That is, aside from the trademark tedious how-long-is-this-going-to-go-on chase scenes. I think we can make a ruling that Nolan is good on catastrophes but bad on chases. Superhero movies are like a fireworks show, in that the part people actually come to see is extremely expensive and thus can only go on for so long. Because people expect the entertainment to go for more than 15 minutes the evening must be filled out with other entertainment you probably wouldn’t normally make a special trip for. The scenes in the superhero movie where the superhero agonizes about whether he wants to be a superhero or not are the superhero movie equivalent of the Wilson Phillips concert at the fireworks show.

From the day a parent first answers the question “Why don’t they just call the police?” with “Because then they wouldn’t have a movie” and you keep on watching, you have been recruited into the universe of It’s Only a Movie. The makers of movies should be careful about abusing this privilege. Science fiction writers refer to a major suspension of disbelief as a “gimme,” as in, “Gimme one completely outlandish thing and I swear everything else will be plausible.” Dark Knight Rises is gimme gimme gimme gimme from start to finish. We are to believe that Bane could recruit, organize, train and feed a guerilla army in the sewers undetected. We are to believe that this army would be perfectly disciplined, each soldier ready to die rather than talk. We are to believe that the entire police force could live in those same sewers for five months, fall into winter. We are not to wonder why Gotham’s automatic road blocks wouldn’t have been designed to open either way, or simply straight up and down, and thus not provide such convenient ramps. We are to believe Batman, who Bane mopped up the floor with the first time around, would be ready to return the favor in kind after five months in the worstest prison in the whole wide world. The Catwoman’s betrayals and reversals seem equally arbitrary and yet thoroughly predictable. The plot is pure Fletcher Hanks, except where a Fletcher Hanks story gives you the feeling you’re inside the mind of a madman, Dark Knight Rises gives you the feeling you’re inside the mind of someone who doesn’t think very clearly. While your overdraft at the bank of suspension of disbelief is theoretically endless, each withdrawal reduces your drawing account of conviction.

Nolan’s thought experiments in hypothetical urban chaos would be more compelling if we hadn’t seen objective correlative already. We’ve actually seen a large scale terrorist attack in a city like New York, and we know how likely it is that the terrorists could engage the sympathy of the public. We’ve actually seen a social system entirely undermined by organized crime twice, once in Mexico and before that in Colombia, and we know that one man in a costume and a fancy car wouldn’t have made a damned bit of difference. And we’ve already seen what Bane does to Gotham City in Rises, because we did it ourselves to Iraq. Bane takes power through a lightning campaign of mass destruction, makes the domestic police force disappear, disrupts the infrastructure with no means of repairing it, and sets up a puppet government which we may infer does not inspire the undivided loyalty of the public. What we are required to buy is that everybody, including the stupid and crazy, is going to believe that Bane is going to blow up himself and everyone else with his atomic bomb if anybody makes a wrong move. We must believe that Bane’s magical guerilla army is going to be sufficient to prevent anyone from sneaking weapons or counterinsurgents onto this island, something the armed forces of the United States, United Kingdom and company couldn’t do in Iraq. When they do infiltrate a measly handful of counterinsurgents, they graciously come in uniform so the insurgents know who to hang from the bridge. Of course if this analogy had been explicit enough to be understood, a lot of people they were counting on to buy tickets would have been really, really angry.

Now, if this story takes place in the real imaginary world, then what Bruce Wayne would have done is call up his pal Superman and say, “This is a job for you.” Then you figure 15 minutes flying time Metropolis to Gotham, find the bomb with the x-ray vision, lickety-split out of the atmosphere, KABOOM, a swan dive and then rippity-rip with the concrete and out come the coppers, little bit of the heat vision to fix the bridges, and God damn, we’re going to need an eight page Jimmy Olson to fill out the issue.

It is indeed only a movie, and a superhero movie at that. The thing is, when you’re supposedly selling deep grim truths about humanity and hard-won uplift, every liberty you take with plausibility degrades your product, and the failure to work out logical, satisfying storytelling is really a failure to do the work you were paid a king’s ransom for. And yet I can’t honestly see what sort of comeuppance there might be for its shortcomings. Warner’s marketing department evidently saw the airplane scene and figured, all we have to do is show this to people and everyone will want to see the movie. (Worked for me.) If we take The Avengers as the top line of the haul you can make on superhero movies, then possibly an inferior Batman movie leaves between a quarter and a half a billion dollars on the table. You could just as easily say that it was a Christopher Nolan Batman movie that made Christopher Nolan Batman money, and who knew there was Joss Whedon Avengers money to be had? If Nolan was wasting his talent, he’s done now, and could presumably spend the rest of his life remaking Alain Resnais movies if he likes. And the hell of it is, under present conditions a half-assed movie that makes money is simply a good excuse to do another reboot in five years. Dark Knight Rises is an example of the only deal the movie business offers its customers these days: Take it or leave it. 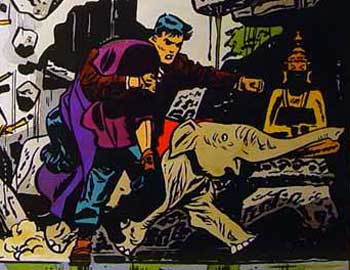 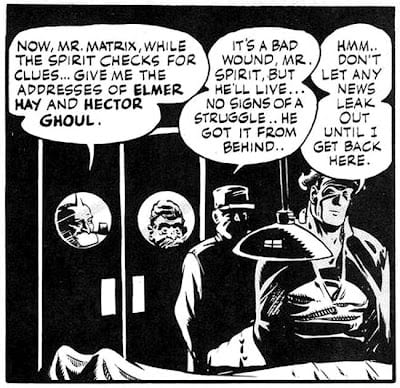